A good emotional advertisement should touch your heart and also be in sync with the product that it endorses. The latest ad film by Asian Paints has completely lived up to this statement.

An old man (played by Rajendra Gupta) lives with his son, daughter-in-law and grandson. They live in a beautifully painted house. So, naturally, the son is very protective of it. He often stops the old man from making a mark on the wall, putting a nail on the wall, banging a chair on the wall.

One fine day, the son looks at his childhood pictures. He releases how carefree it was and it makes him emotional. He takes a pen to his dad and allows him to make a mark on the wall to measure his grandchild’s height. 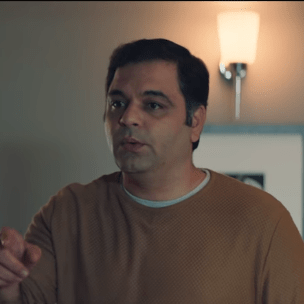 The only problem that I found in the video was that the expressions of the little kid were ignored. In fact, he wasn’t even included in many essential frames. Making the kid a part of all the emotional interactions could have further lifted the value of the advert.

The brand wants to highlight that a house isn’t a showpiece. It’s a place where one can be free and make memories. Rightfully, the ad has been named #HomesNotShowrooms.

This commercial has been made by Ogilvy and Mather, India under the leadership of Sukesh Nayak. The production team and the other actors are still unknown to me.

Brilliant analysis. Even I was moved by the audio. I agree that the child could have been included in the emotional moment. This is what advertising should do. I recall an old saying – A house is not made of cement and concrete but contains an ingredient that is unique to every house. Love is what makes a house a home and Asian Paints has brought out this part of the emotion very subtly in a touching way. Kudos to the ad agency for the creativity!

Akshata if you have any content writing jobs do let me know.