Following are the companies and organisations that serve as sponsors and brand partners to The Big Bash League, Australia’s flagship franchise T20 cricket tournament for both men and women. 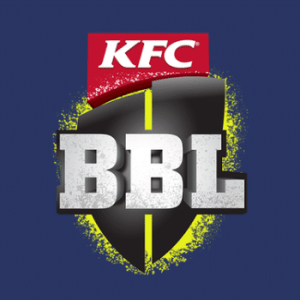 The Louisville, Kentucky-headquartered American fast food giant has been the title sponsor of the men’s BBL since its inaugural 2011 season. This deal was then renewed in 2017 and was reportedly worth AU$6.5m per year.

In 2020, Cricket Australia (CA), the nationwide governing body of professional and amateur cricket, re-signed KFC as the men’s BBL’s title sponsor in a three-year agreement worth AU$8m per year, having reportedly rejected an offer from rival fast-food giant McDonald’s, which was estimated to be in excess of AU$10m per year. 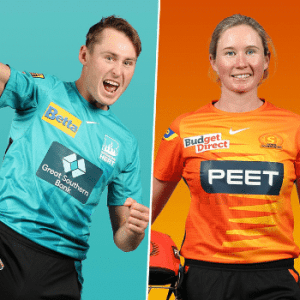 The American sportswear giant was announced as the league-wide supplier of playing, training and supporters’ kits for all eight teams across the two BBLs (men’s and women’s) in June 2021. Nike replaced rival American brand Majestic Athletic in this capacity.

The deal included domestic broadcasting rights for limited-over international matches as well as select domestic matches, which included both the BBLs (men’s and women’s) as well.

Since then, Fox Sports and Seven hold the exclusive broadcasting rights for all BBL matches within Australia.

The Toyota, Aichi-headquartered Japanese automaking giant has been a partner of CA since 2012. The deal sees Toyota support CA’s grassroots initiatives, its national teams, its state cricket associations, as well as the KFC BBL. It also serves as the naming rights partner to the regional Australian Country Cricket Championships, while also conducting the Toyota Good for Cricket Raffle, which has reportedly raised AU$1.7m for local cricket clubs since 2012.

CA and Toyota last renewed their partnership in a four-year agreement in November 2017.

The Mumbai-headquartered Indian tyre manufacturer initially signed on as a KFC BBL League Supplier in 2018 on a three-year deal. Two years later, in October 2020, this deal was renewed and expanded, making BKT a League Partner of the men’s BBL in a deal that is now set to run until 2023.

BKT also sponsors the leagues’ Golden Bat and Golden Arm caps, which are held throughout the season by the highest run-scorer and the highest wicket-taker, respectively.

The barbecue grills manufacturer was announced as the title sponsor of the women’s BBL in September 2021. Since its 2021 edition, thus, the Women’s BBL is known as the Weber WBBL.

Weber replaced Rhodes, New South Wales-headquartered Australian sports apparel company Rebel as the title sponsor of the WBBL; Rebel had served the league in this role since its inaugural season (2015-16).

The Woolloomooloo, New South Wales-based headwear and merchandise apparel brand was announced as the Official On-Field Headwear Supplier to the two BBLs in September 2019.

As per the deal, since the 2019-20 season, ‘47 not only supplies visors and caps to all BBL teams, it also supplies the  supporters’ headwear for all eight teams.

Woolworths, a major supermarket chain across Australia and New Zealand, has been a BBL sponsor since June 2018, when it became an official supporter of CA.

The radio network of the Australian Broadcasting Corporation (ABC) has been an Australian cricket broadcaster for over eight decades. As far as the BBLs are concerned, ABC Radio extensively covers the Weber WBBL.

The Macquarie Radio Network is an official CA radio partner. As far as the BBLs are concerned, Macquarie extensively covers the KFC BBL.

The Mumbai-headquartered Indian fantasy sports platform serves as the Official Fantasy Game Partner of both the BBLs since December 2018 on a three-year deal.

The Australian sugar-free beverages brand was announced as an official partner of the BBL in January 2022. Part of Nexba’s support for National Backyard Cricket, a fund-raising initiative aimed at supporting “education in regional and disadvantaged communities”, the partnership is aimed at encouraging Big Bash fans to “choose healthy beverage options”.

Apart from branding rights, for the 2021-22 BBL season, Nexba also has a contest in place to offer its consumers the chance to win tickets for the Big Bash final. Nexba also serves as an official sponsor for the drinks breaks (X-Factor) and the Power Surge in each innings during a BBL game.