Following are the companies and organisations that serve as sponsors and brand partners to Big Bash League franchise, the Brisbane Heat, and enjoy a strong branding presence across their physical and digital assets. 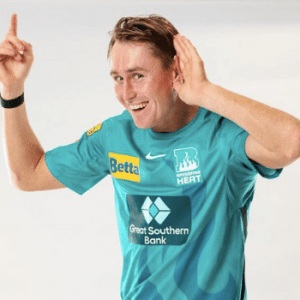 Formerly known as Credit Union Australia (CUA), the Brisbane, Queensland-based Australian bank has been a long-time Principal Partner of the Brisbane Heat, covering both of their men’s and women’s teams. As part of the branding rights, the bank’s logo principally features on the front the teams’ playing and training shirts.

The latest renewal of the partnership between the two parties was announced in December 2021, which is currently set to run until June 2024. 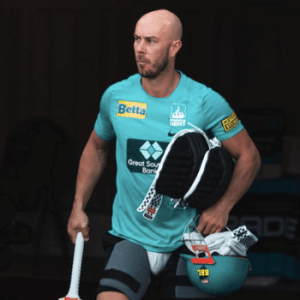 Formerly known as Betta Electrical, the Brisbane, Queensland-based Australian home appliances and furniture brand has been the Major Partner of the franchise since BBL|02. The partnership sees Betta Home Living’s logo feature on the front of the Heat’s playing shirts (chest sponsor). The partnership also entails co-branded fan engagement activities.

The two parties last renewed their partnership in September 2020 in a three-year agreement. 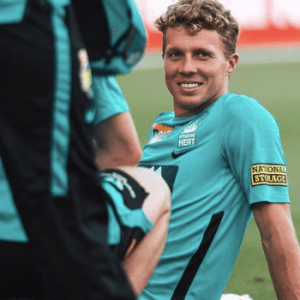 The Brisbane-headquartered self-storage provider across Australia and New Zealand first joined the Heat’s sponsorship portfolio as their Official Coaching Partner in November 2015 and has remained on their books ever since.

The latest renewal of the partnership between the two parties was announced in September 2021, with the new deal (covering the 2021 and 2022 WBBL seasons as well as the 2021-22 and the 2022-23 BBL seasons) making National Storage the official matchday-shirt-sleeve sponsor for both the men’s and the women’s teams of the Heat.

Cross River Rail is an ongoing underground railway project in Brisbane. It became an official sponsor of the Brisbane Heat in December 2019.

Apart from branding rights, the deal sees the Heat work with the people working on the Cross River Rail project to help them construct the Woolloongabba Station, the planned station nearest to the Heat’s men’s team’s home ground, the Gabba, and make sure that the station provides “the best possible experience” to the fans when they visit the Gabba.

StreetSmarts is a road safety program of the Queensland Government. The program aims to educate the Queensland population regarding the importance of being alert and careful on the roads by means of offering them the right tools and resources and undertaking frequent social projects.

Apart from branding rights, the deal also entails exclusive offers for Heat supporters. In the past, Village Roadshow Theme Parks has also served as a matchday-shirt-sleeve sponsor to the Heat’s men’s team during the 2018-19 BBL season.

The Toyota, Aichi-headquartered Japanese automotive giant has been an official sponsor of the Heat since BBL|02. The two parties last announced a renewal of their deal in December 2020.

In the past, Toyota has also served as a matchday-shirt-sleeve sponsor to the Heat’s men’s team during BBL|10.

The Sydney-headquartered Australian energy generator and retailer signed a deal with Queensland Cricket—the governing body overseeing the running of cricketing events and organisations in the Australian state of Queensland—in September 2021, which included, among other things, a naming rights deal for the Brisbane Heat Membership Program, which covers both the BBL and the WBBL.

In October 2020, the Brisbane Heat signed a three-year deal with the Mackay Regional Council. Financially supported through the Council’s Invest Mackay Events Attraction Fund, the deal was aimed at promoting the areas of The Mackay Region and Whitsunday as part of the Heat’s initiative to support local Queensland economies amid the COVID pandemic.

As per the deal, both the men’s and the women’s teams of the Heat have Mackay Regional Council branding featured on their playing shirts, promoting the region as a premium holiday destination. The deal also sees the Heat’s women’s team play their WBBL matches at Harrup Park in Mackay, a venue they have frequented since 2018.

In July 2021, the Mackay Regional Council announced that not only would the Heat be returning to Harrup Park for their WBBL matches, they would also “break new ground” at Gold Coast’s Metricon Stadium.

The Melbourne-based Australian charity organisation has been the Official Charity Partner of the Brisbane Heat since 2014. The partnership sees the Heat support OCA’s mission of spreading awareness regarding ovarian cancer and helping the women suffering from the disease.

Ovarian cancer is one of the deadliest diseases affecting women Down Under. Australia observes Ovarian Cancer Awareness Month each February in order to spread awareness about the disease, and many organisations attempt to raise funds to help tackle the issue during this period. Teal Ribbon Day is held on the last Wednesday of each February in the country.

As per the partnership between the Heat and OCA, the former holds a fundraiser each year during Ovarian Cancer Awareness Month called Teal Heels, with all the funds raised from the event going directly to OCA. During some of their BBL and WBBL matches, the Heat players also show their support by wearing a teal on their playing shirts.