One of the most flamboyant sides in the Indian Super League, FC Goa are one of the favourites to dominate the competition given the importance the sport holds in the region.

After coming close on multiple occasions, the Gaurs – as they are nicknamed after their logo – won the inaugural ISL League Winners Shield in 2019 and the Indian Super Cup the same year.

The first Indian club to have qualified for the AFC Champions League, FC Goa will be looking for another strong season when the ISL gets underway in November.

Let’s look at FC Goa’s squad for the upcoming season. 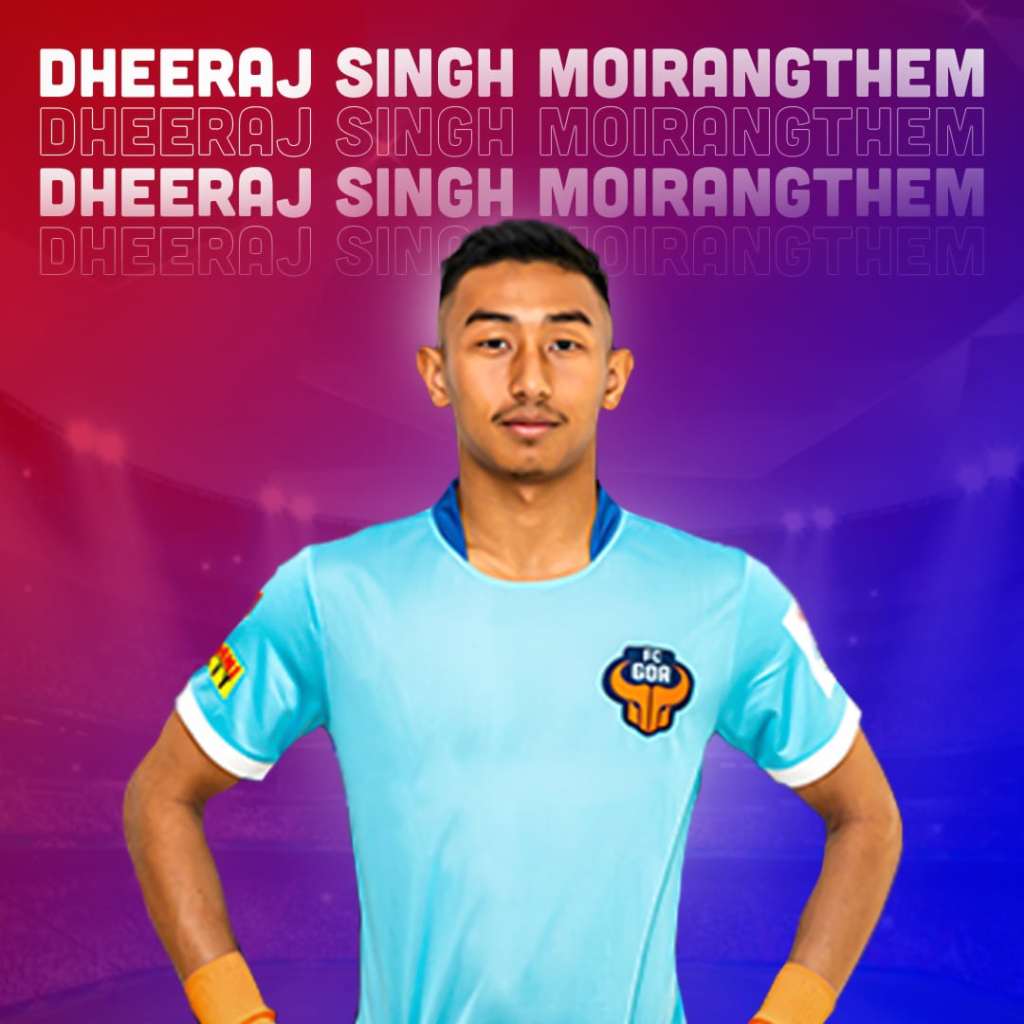 Singh, a member of the AIFF Elite Academy, was selected by Indian Arrows in 2017, with whom he made his professional debut. After a year with the Arrows, Singh spent time in Scotland, attending trials with Scottish Premiership club Motherwell before being signed up by Kerala Blasters in the ISL in 2018. After two promising seasons with the Kerala franchise, Singh was roped in by ATK and remained with them even as the team merged with Mohun Bagan.

Singh shifted allegiances from ATK Mohun Bagan to FC Goa when he signed a three-year deal with them  in January 2021. 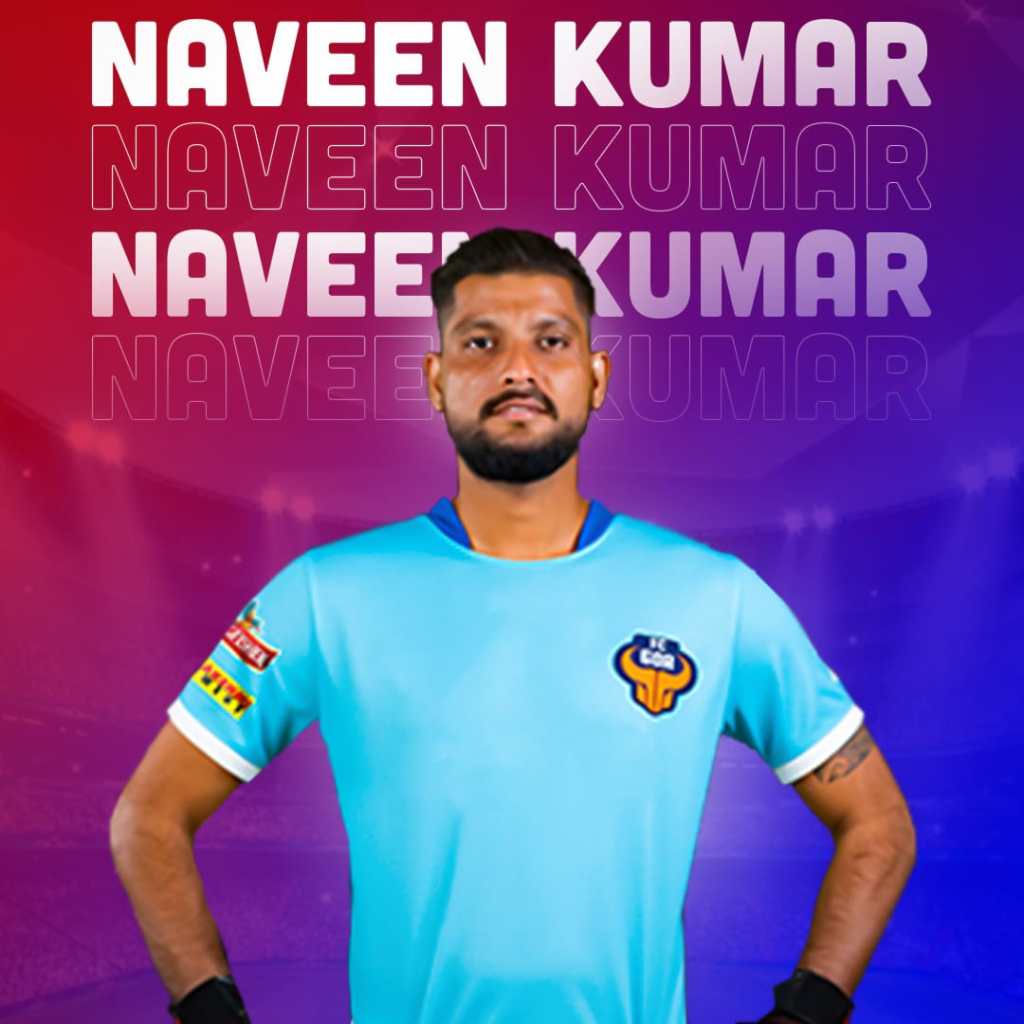 Veteran Naveen Kumar started his junior career with the JCT team before making his senior debut in the I-League with Pailan Arrows in 2011. After a promising season with Arrows, Kumar was signed up Mohun Bagan where he spent two seasons before moving to Lonestar Kashmir. The next three years saw Kumar represent Goan sides Salgaocar FC and Churchill Brothers before making his ISL debut with FC Goa in 2017.

After a season with Goa, Kumar was signed up by Kerala Blasters where he stayed for a season playing a handful of games before returning to FC Goa. 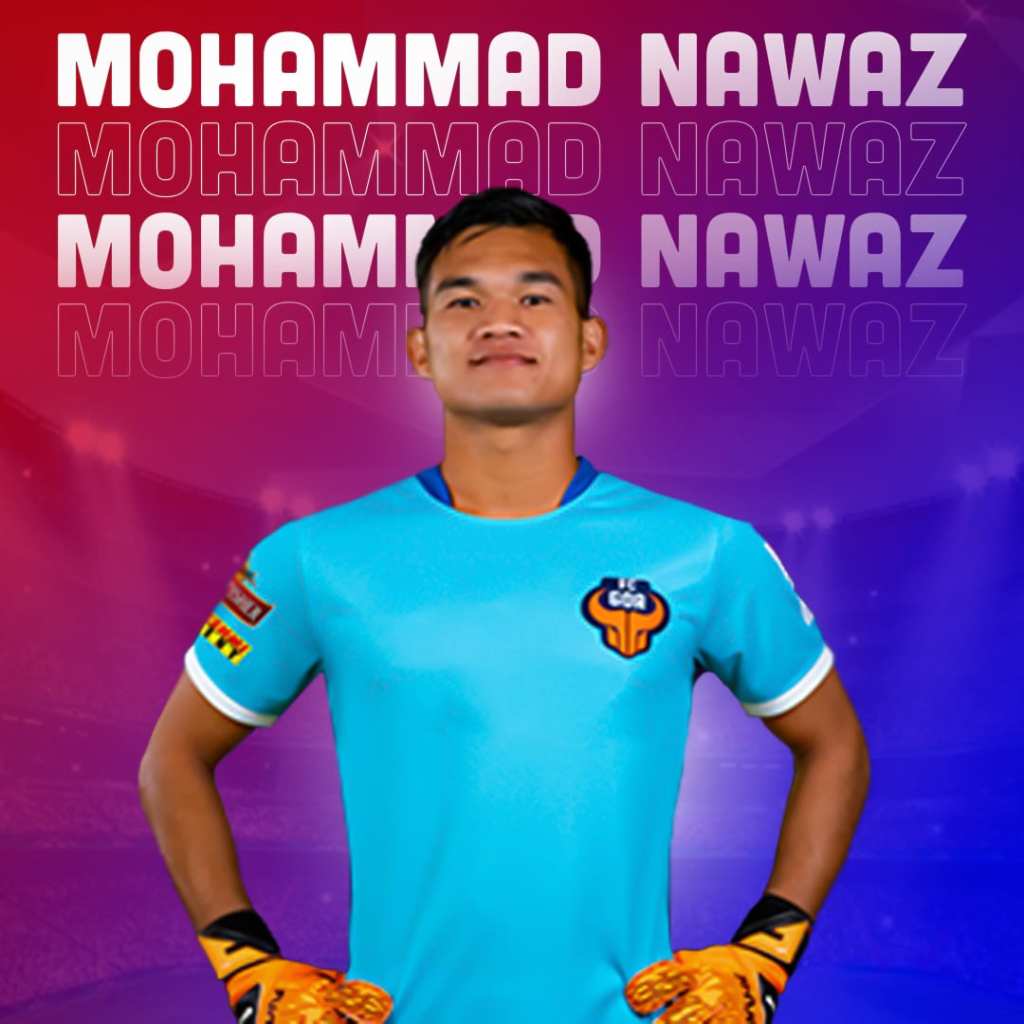 Member of the Youth Organisation Social Club in Imphal, Nawaz’s promising start to his young career saw him make it to the national U16 squad for the AFC championships in 2016.

The youngster was signed up by FC Goa in 2018 and spent his first season with the sister team in the Goa Pro League and the I-League. Impressive performances saw Nawaz make it to the senior team ahead of the 2018 ISL season and he has been a part of the team since, even winning the title with the Gaurs in 2018/19. 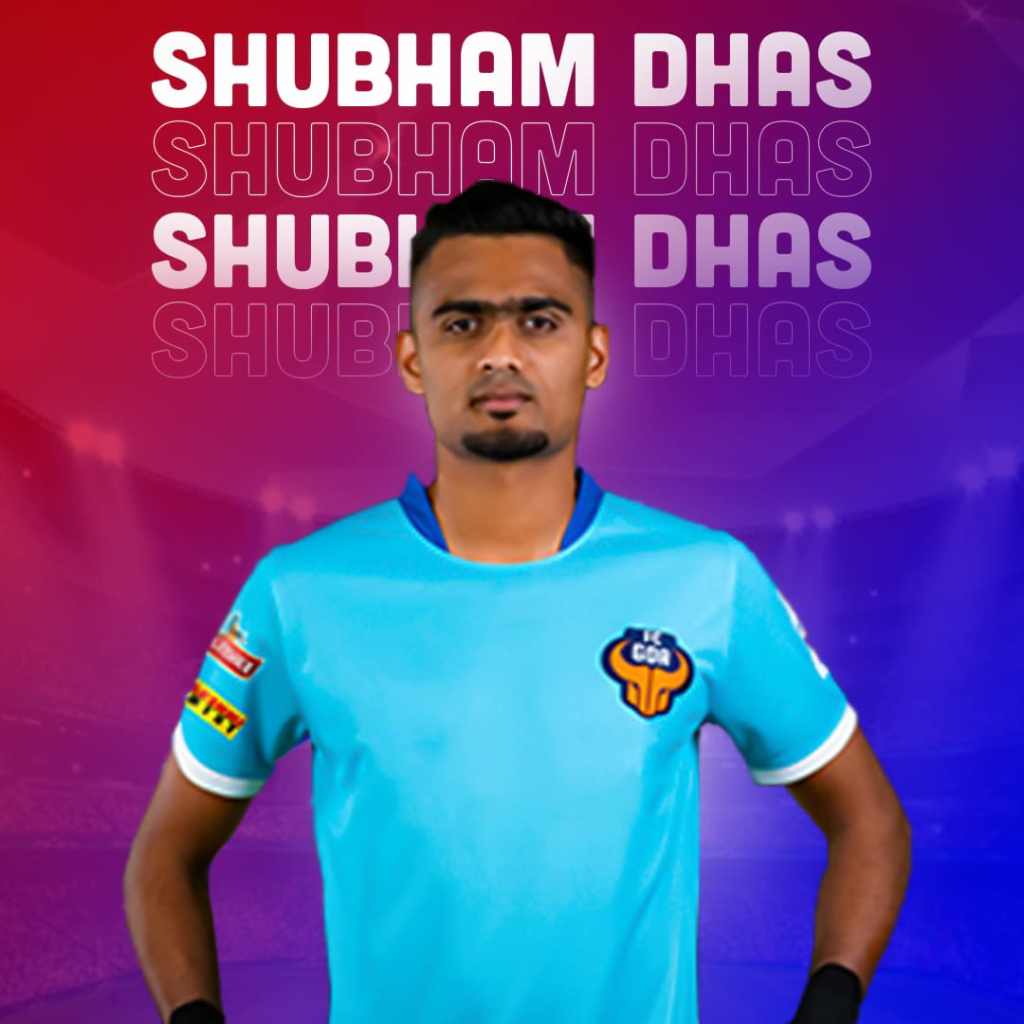 Graduate of the DSK Shivajians youth academy, Dhas also spent time at the Pune FC academy before moving to the FC Goa developmental team. Strong performances in the Goa Professional League, which helped his side win the title, saw the 20-year-old get a call up to the senior team. 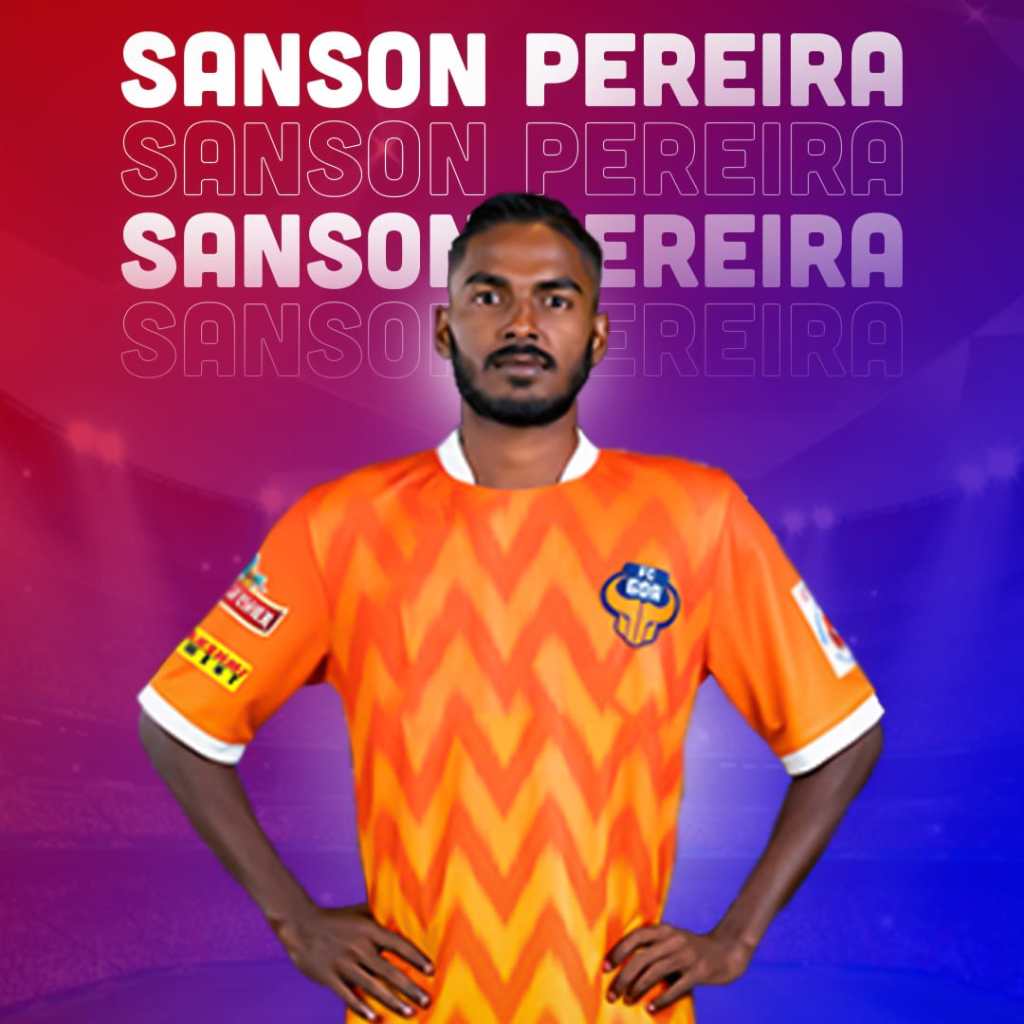 23-year-old Goan Pereira started his youth career as a graduate of the Salgaocar Academy before making his debut for Salgaocar in the I-League in 2016.

Pereira was even part of the 2016 Goa Professional League-winning Salgaocar squad, and after four seasons with the I-League team, Pereira made the switch from I-League to ISL when he signed for FC Goa in 2020. 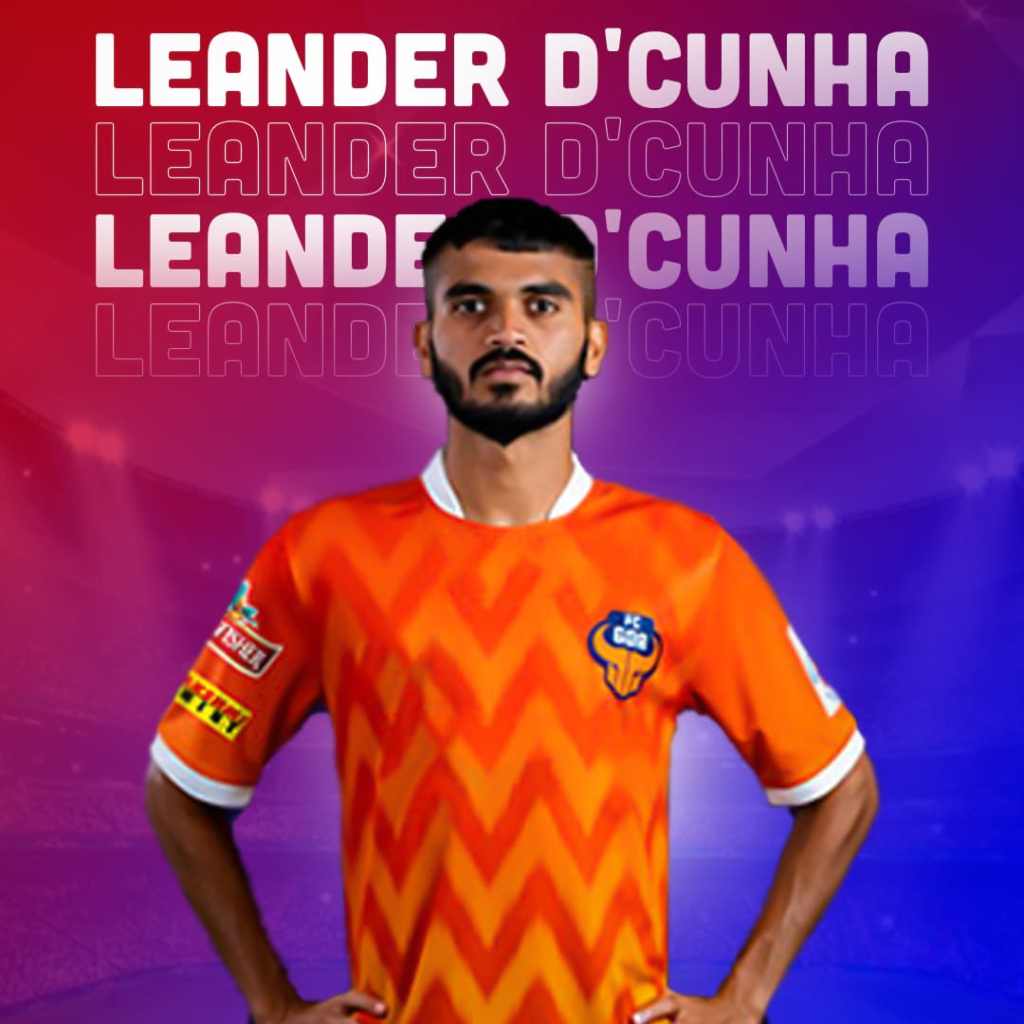 D’Cunha started playing football from a young age and was a member of the Sese Football Academy. He then shifted to Churchill Brothers and spent two years with the team in between 2015 and 2017 before moving to FC Goa Reserves in 2017.

D’Cunha was an integral part of FC Goa’s developmental team and even captained them in the 2019 season before being promoted to the senior team in 2020. 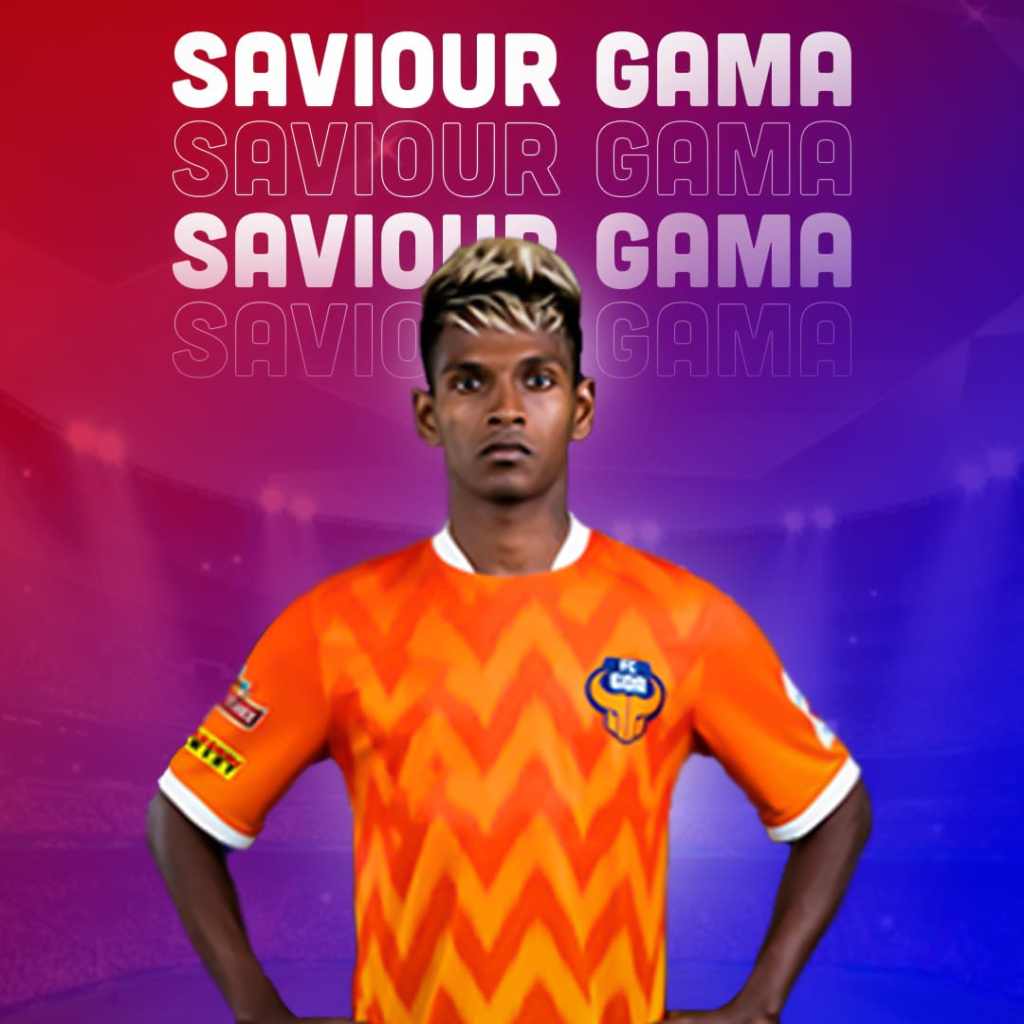 Another local youngster, Gama graduated from the FC Bardez Goa club and made his first professional move in 2018 when he signed up for the FC Goa B team.

Following a season with their reserve and developmental team, Gama made his senior debut with FC Goa in 2019 and even signed a new contract in 2021, which will see the 24-year-old stay with the club till 2024. 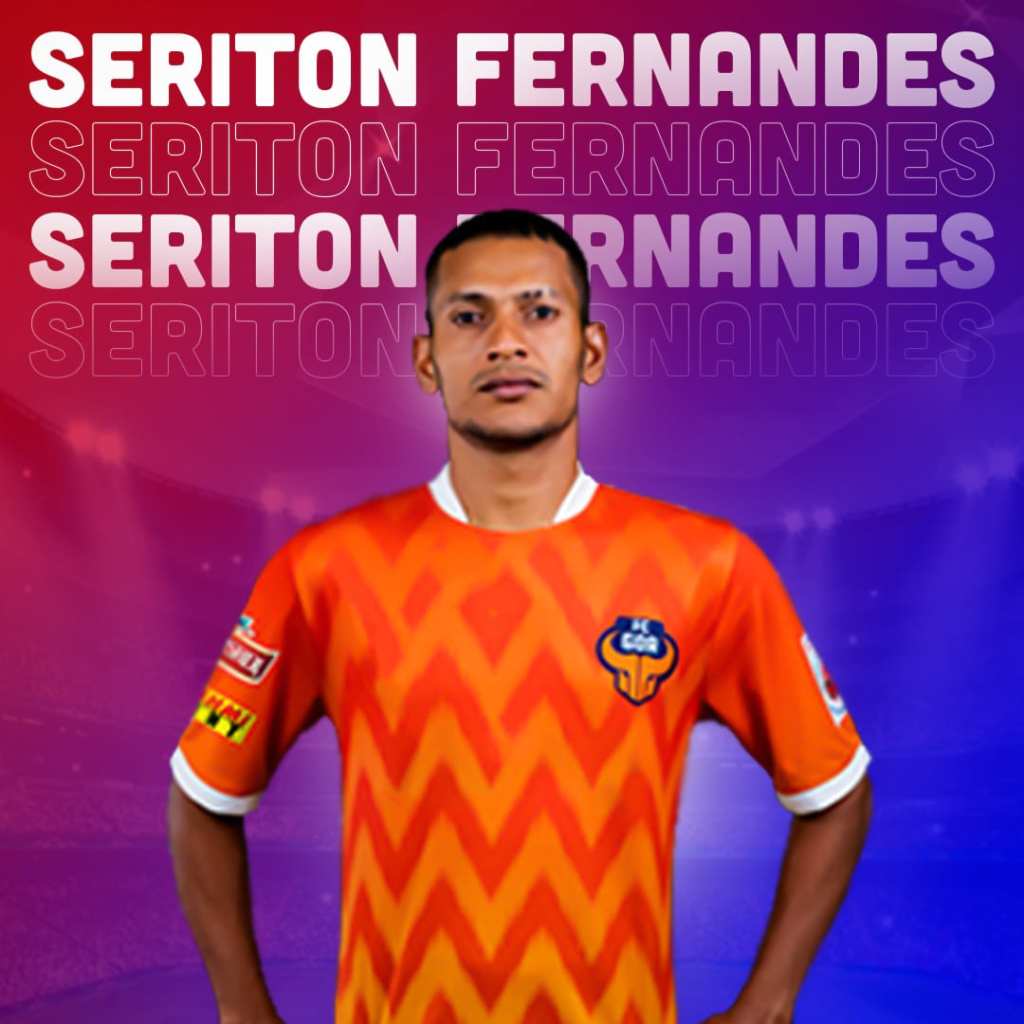 Fernandes spent his first season with Churchill on loan to Sporting Clube de Goa before returning in 2016. The Goan defender made the move from I-League to ISL in 2017 when he signed for FC Goa on a multi-year deal and even went on to win the title with the club. 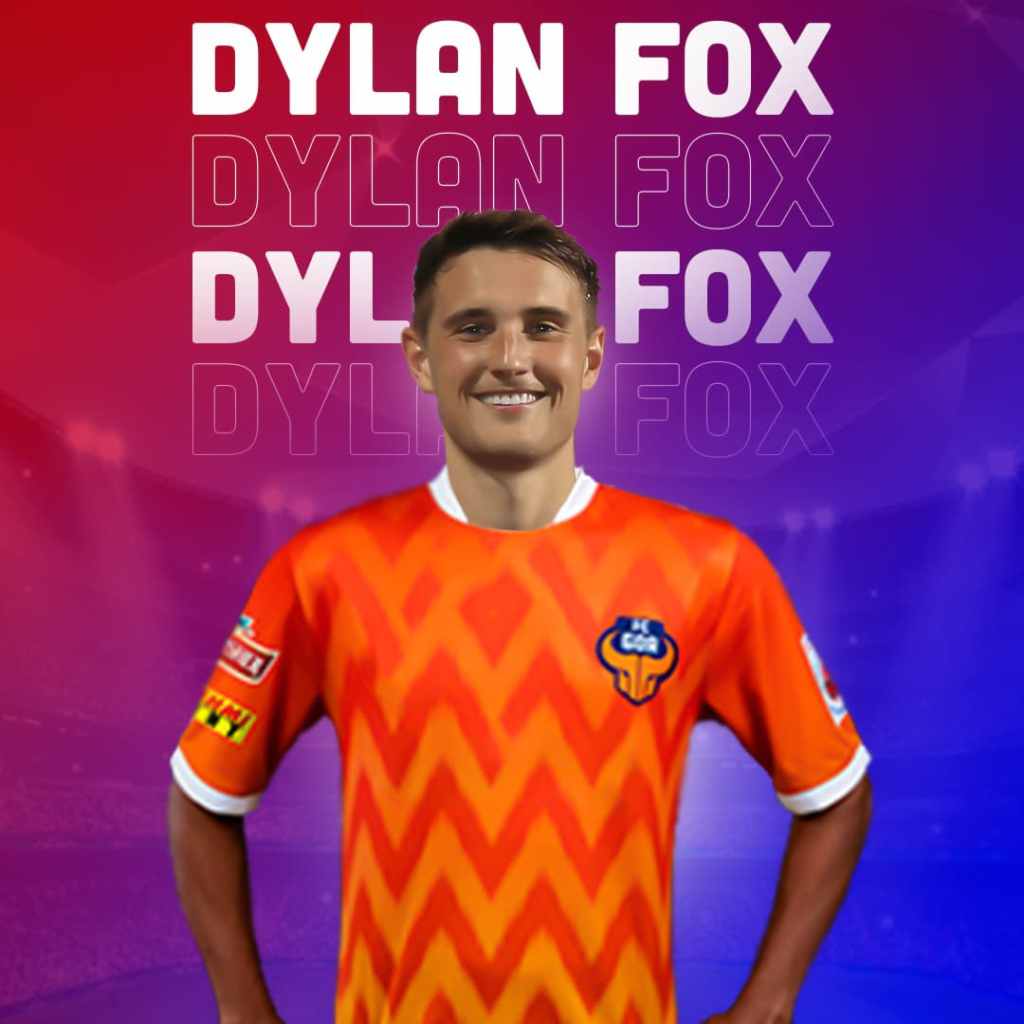 Australia international Fox started his career with National Premier League side Sutherland Sharks in his home country. He spent a season with the Sharks before moving to Bonnyrigg White Eagles, where he spent two seasons.

Fox made the switch to A-League in 2015, signing up for the Wellington Phoenix Football Club, and spent four seasons with the New Zealand-based side, amassing more than 50 appearances.

Fox moved to South Korea in 2019, signing up with FC Anyang, but limited opportunities meant that he spent only a year before moving back to Australia with the Central Coast Mariners Football Club.

The Australian made his ISL debut in 2020 with NorthEast United, and after a stellar debut season, he was roped in by the Gaurs in 2021. 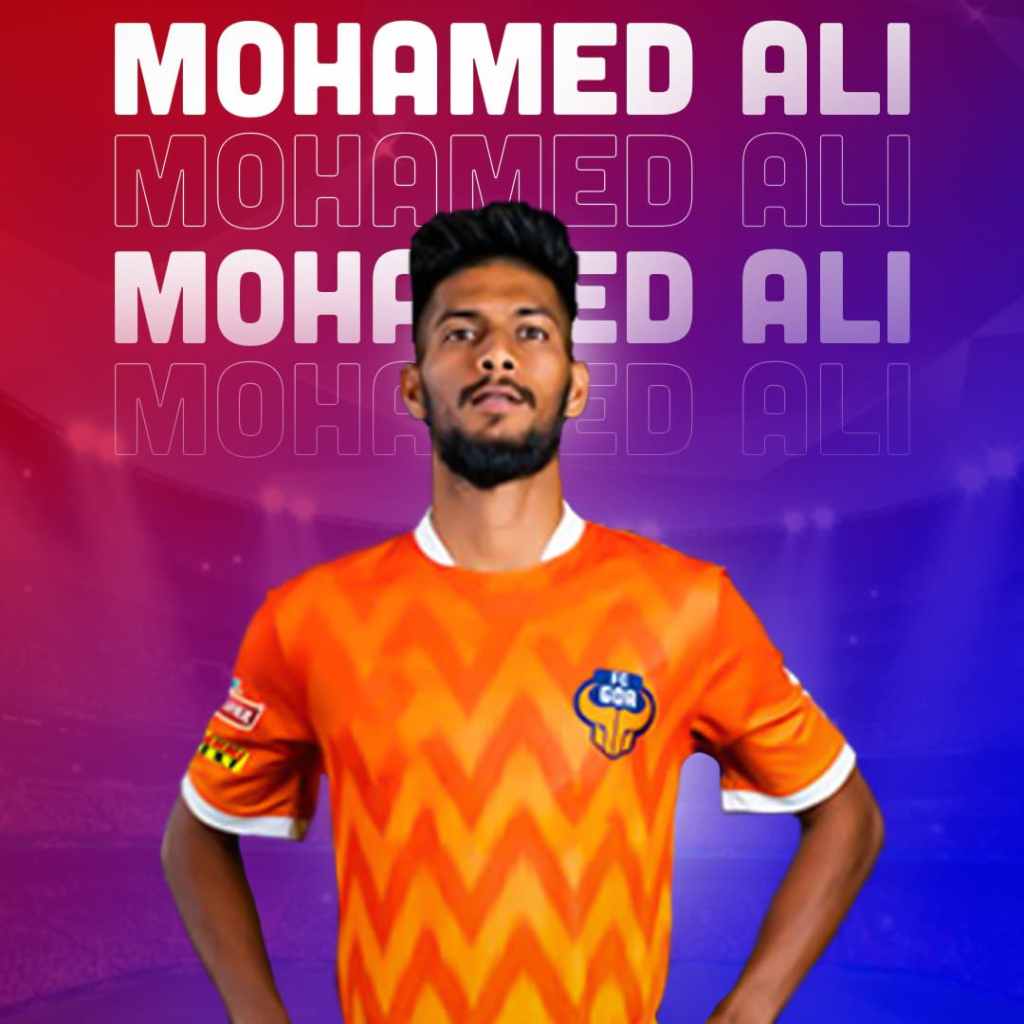 Caranzalem-born Ali started his career with the youth teams of Goa United, Dempo and Sporting Club de Goa before making his senior debut with Dempo in the I-League in 2015.

Following two seasons with Dempo, Ali spent a year with Imphal-based club NEROCA before shifting to FC Goa in 2017. 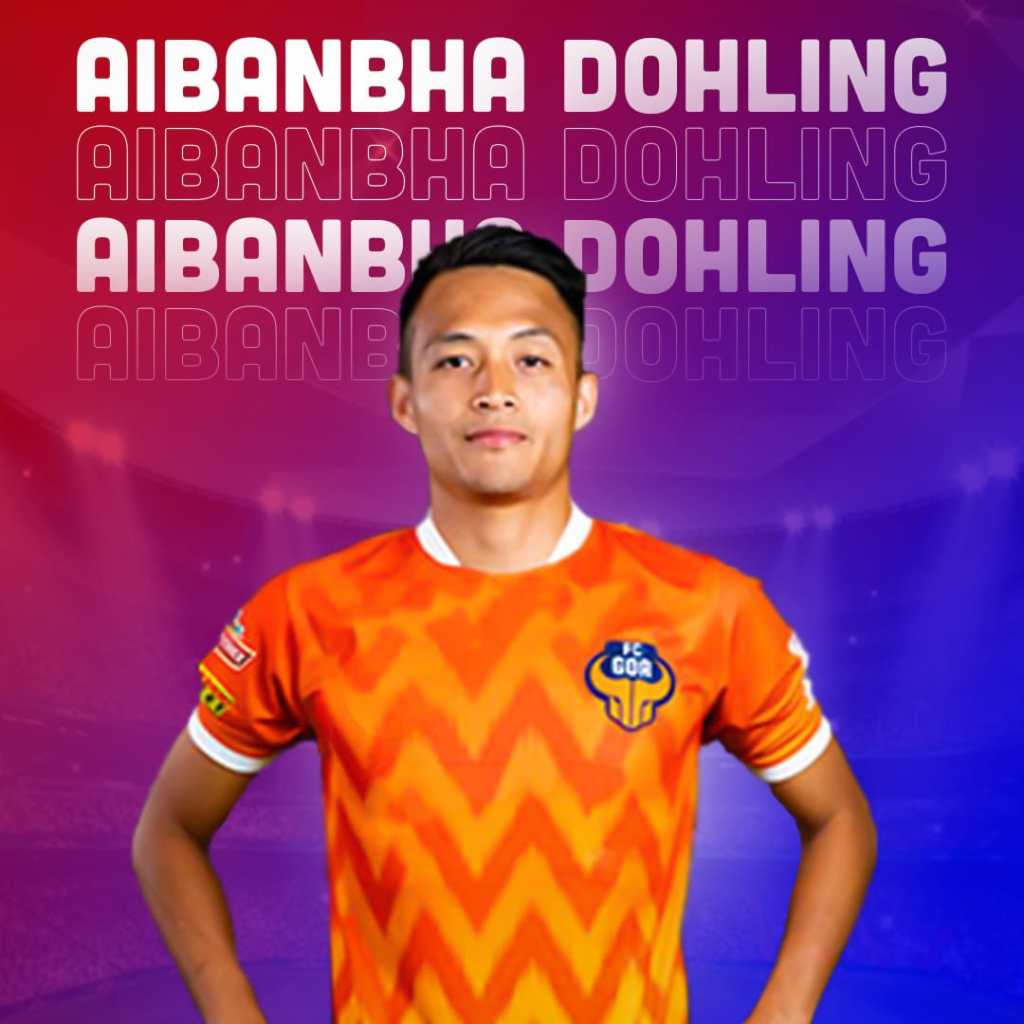 After three seasons in the I-League, the Meghalaya boy moved to the ISL in 2019 when he signed with FC Goa on a multi-year deal. 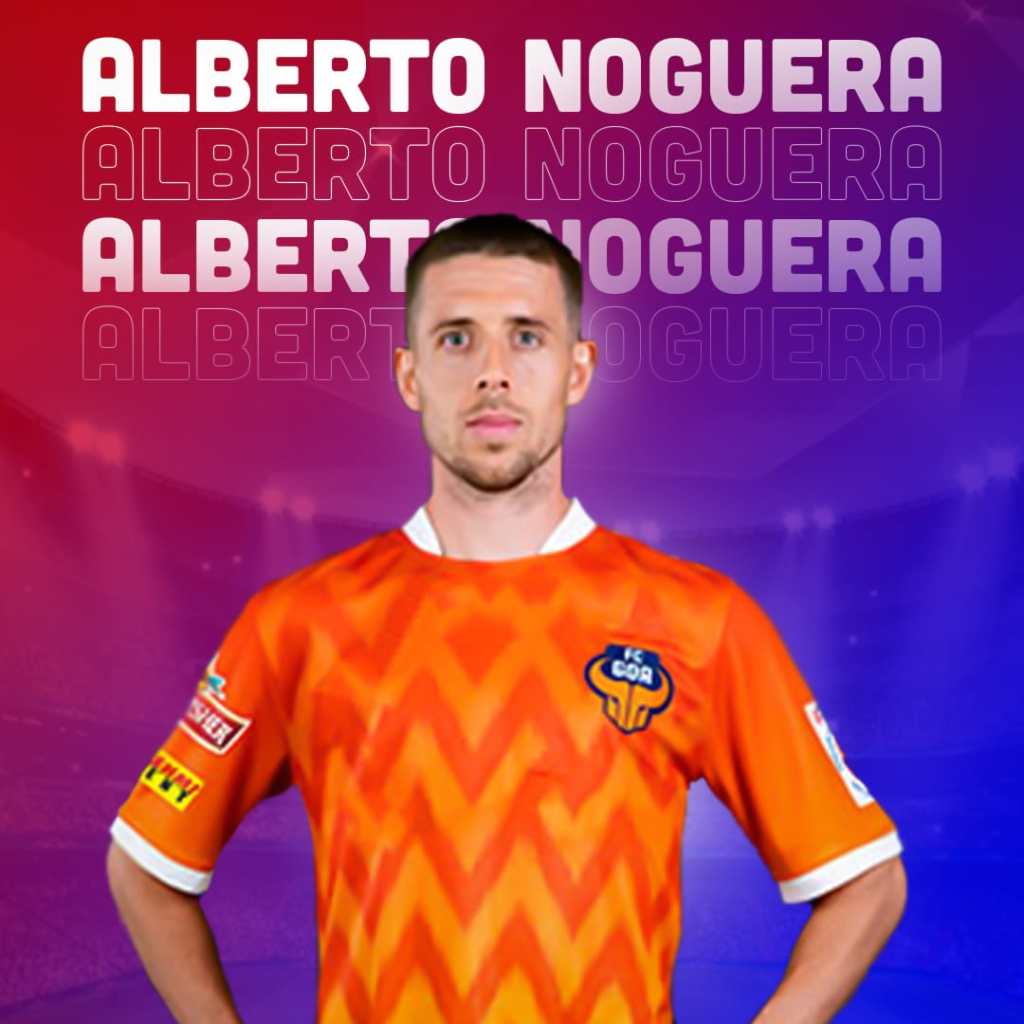 Noguera signed with Atlético Madrid in 2009 and spent two seasons with their B and C teams before making his debut with their senior team in 2011. Following three seasons in Madrid, Noguera moved to England after signing with Blackpool in 2012.

The Spaniard spent following six years at FC Baku, Trival Valderas, Fuenlabrada and Lorca. The midfielder spent two years with CD Numancia in Spain before signing for FC Goa in 2020 on a two-year deal. 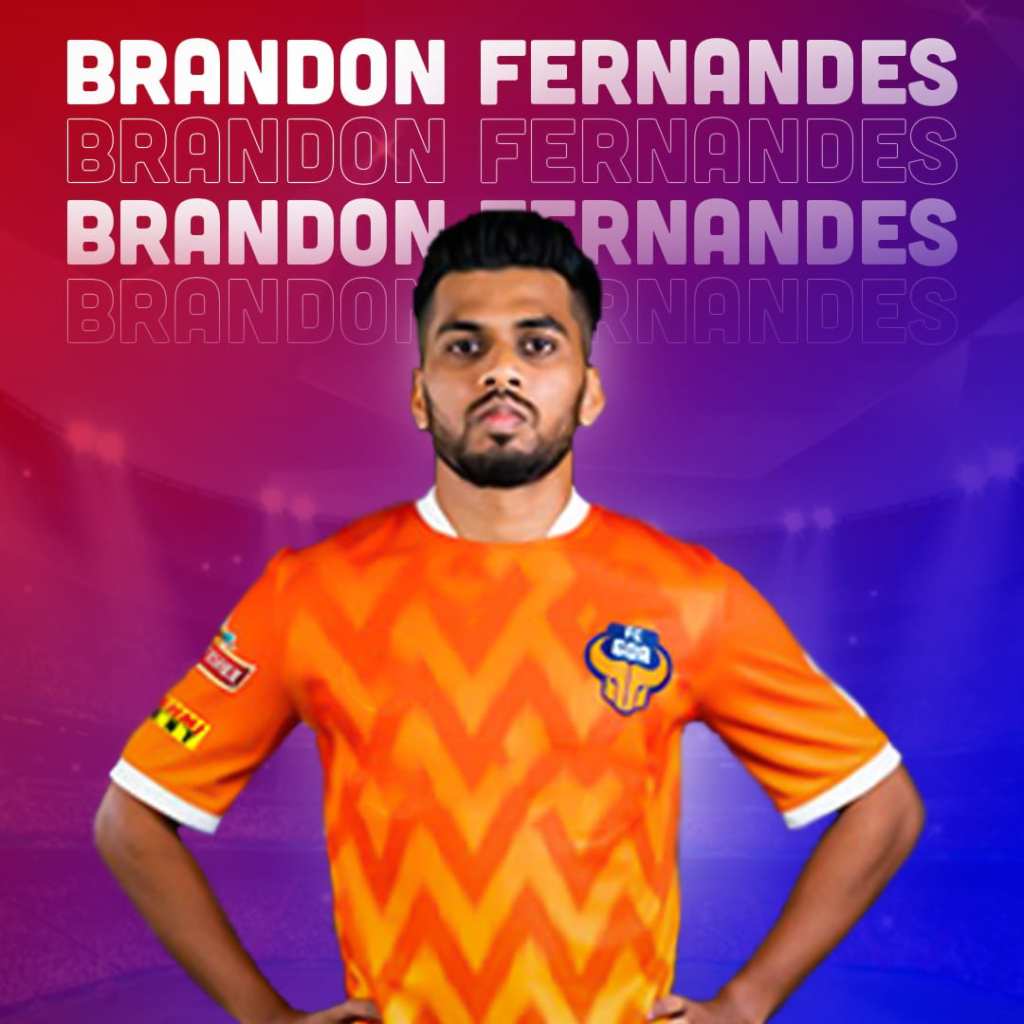 One of the most exciting footballers in the country right now, Fernandes started off at the Fransa-Pax Football Club youth academy, and his promising start there saw him spend time with Velsao Pale Sports Club, Goa United Football Association and Salgaocar. Fernandes even had trials at Leicester City, Reading and Sunderland before playing at the junior level with ASD Cape Town.

Fernandes returned to India and made his senior team debut in 2015 with Sporting Clube de Goa before being roped in by Mumbai City on a two-year deal later that year. After two seasons with Mumbai, Fernandes spent a season with I-League side Churchill Brothers before being signed up by FC Goa in 2017.

A crucial member of the Gaurs, Fernandes’ current contract sees him stay with the club till 2024. 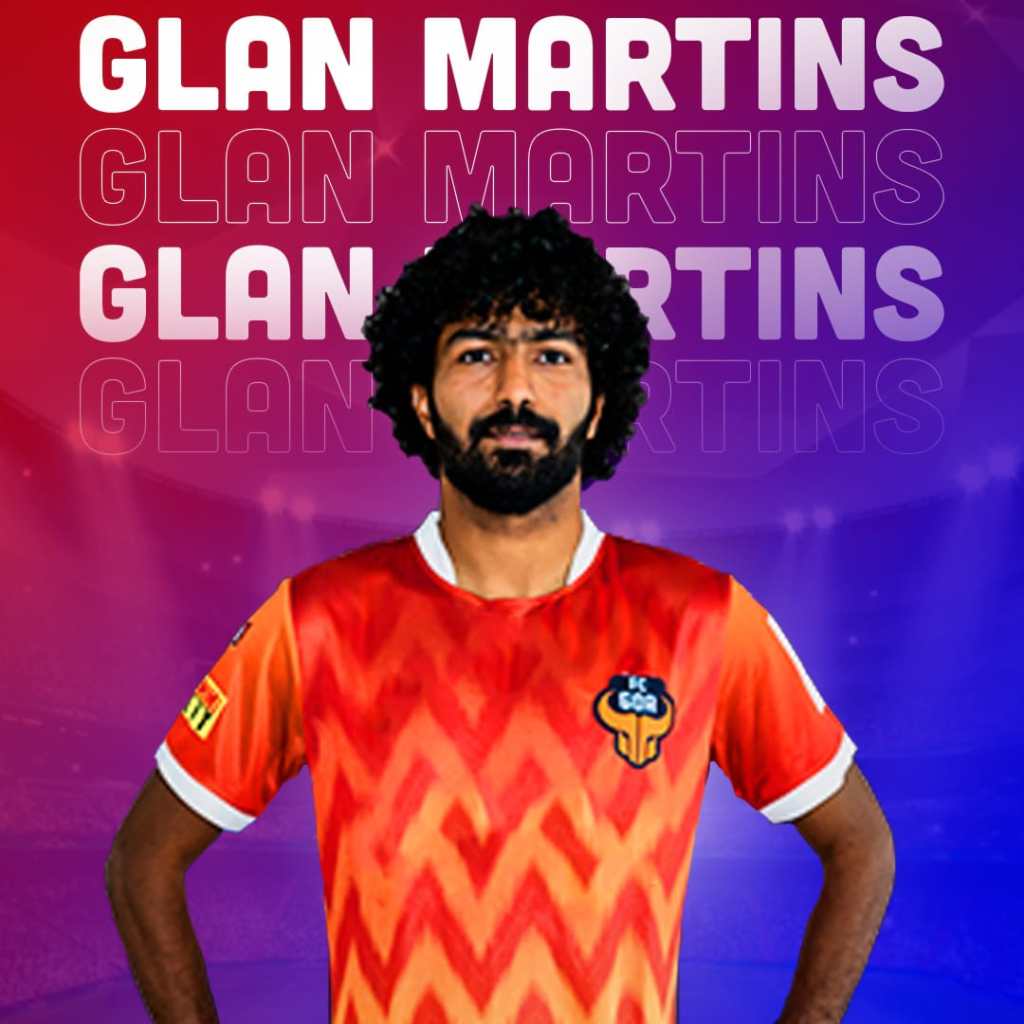 A local boy, Martins started his career in the youth setup of Sporting Clube de Goa before making his senior team debut with them in 2015. 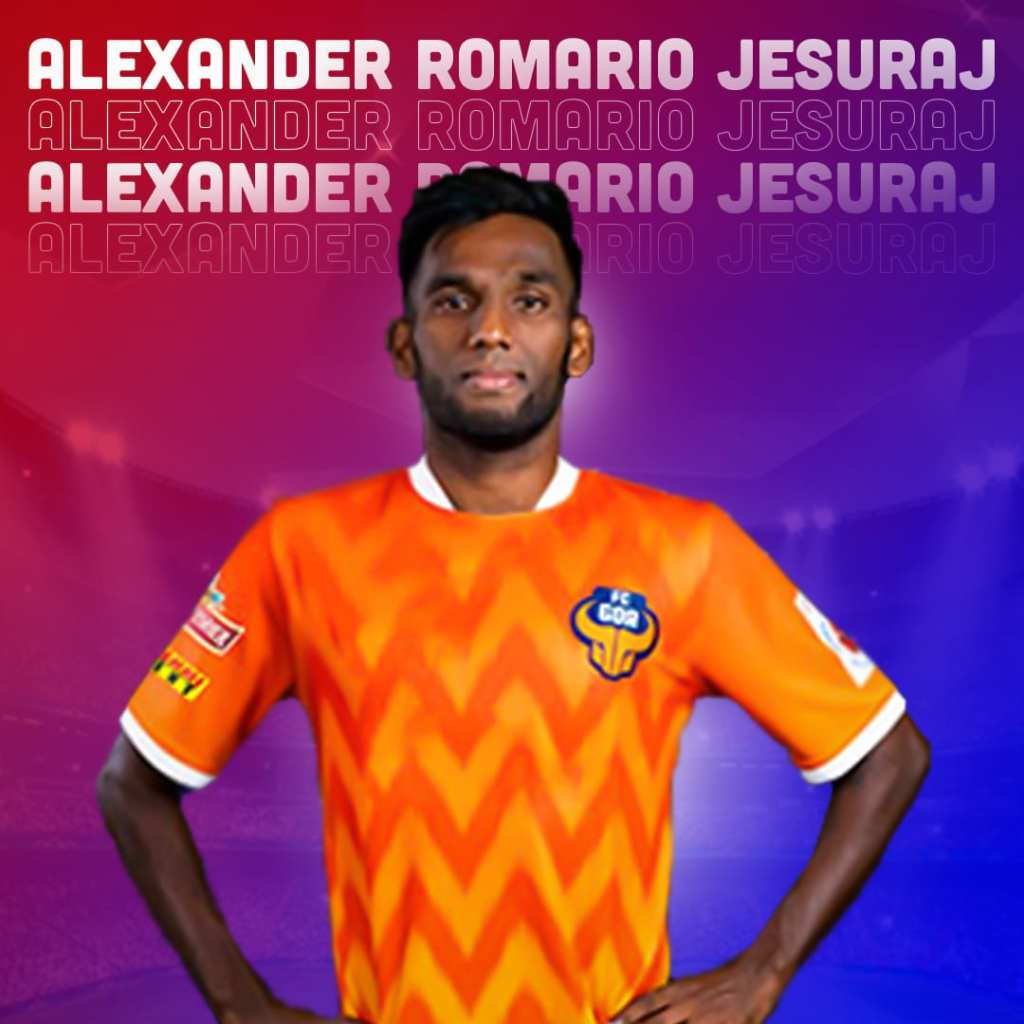 Alexander started his career with Arrows FC in the Chennai Premier Division before making his senior team debut with Chennai City in the I-League. After two successful seasons with the Chennai team, where he even won the I-League, Alexander moved to FC Goa in 2019, and after a season on loan with Mohun Bagan, the winger returned to the Gaurs in 2020. 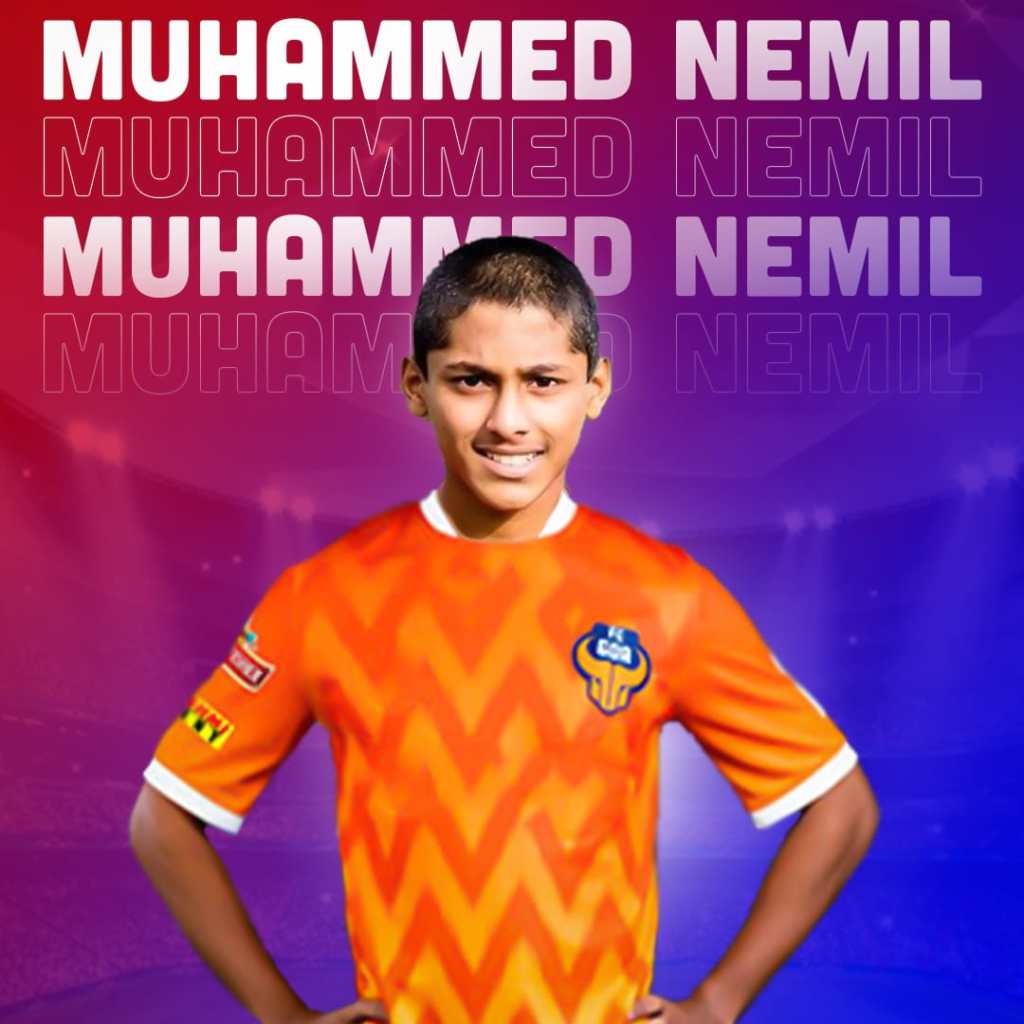 A graduate of the Reliance Foundation Youth Sports Academy, 19-year-old Nemil made his senior debut in 2020 with Spanish side FE Grama. After a season in which he got limited opportunities, Nemil returned to India and signed with FC Goa in 2021. 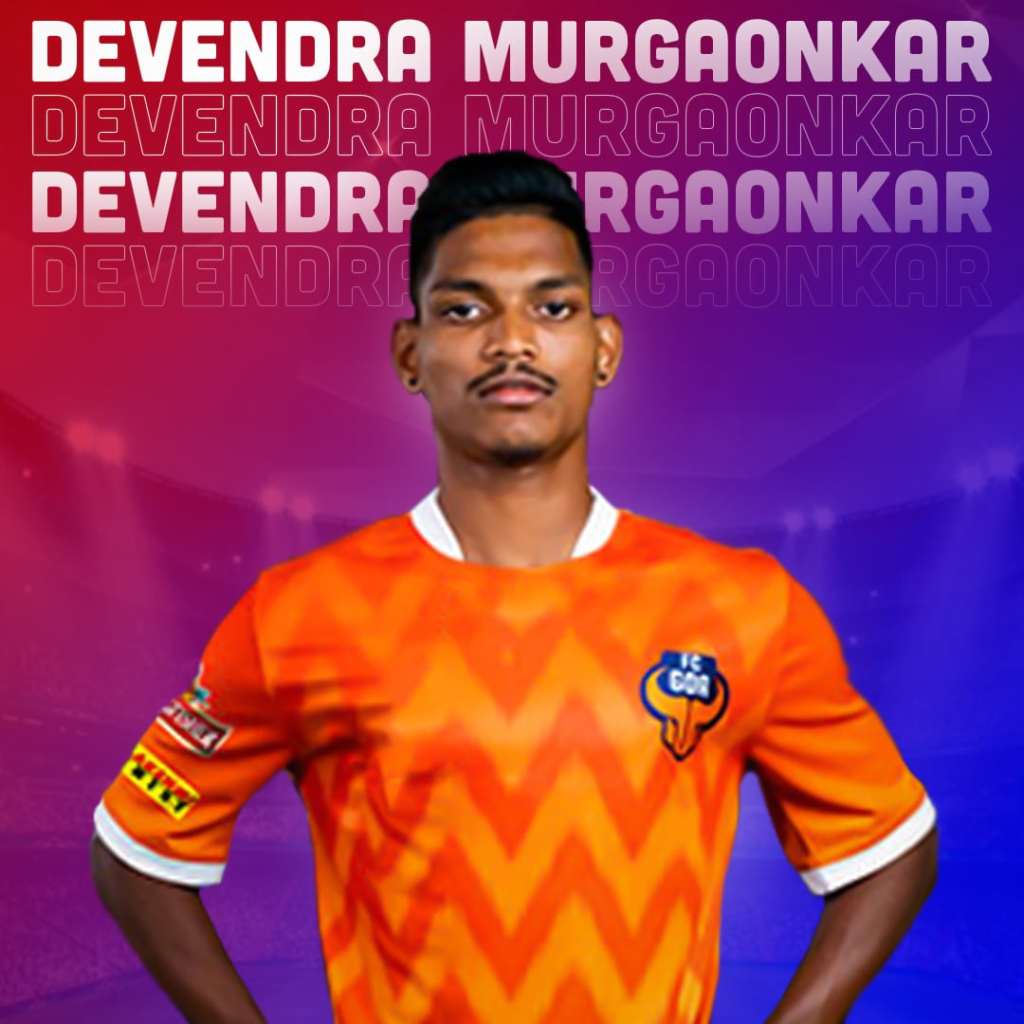 A product of the Salgaocar youth academy, Murgaonkar made his professional debut with the Goan side in 2017 in the I-League and spent three seasons in the I-League before moving to the ISL in 2020 after being signed by FC Goa. 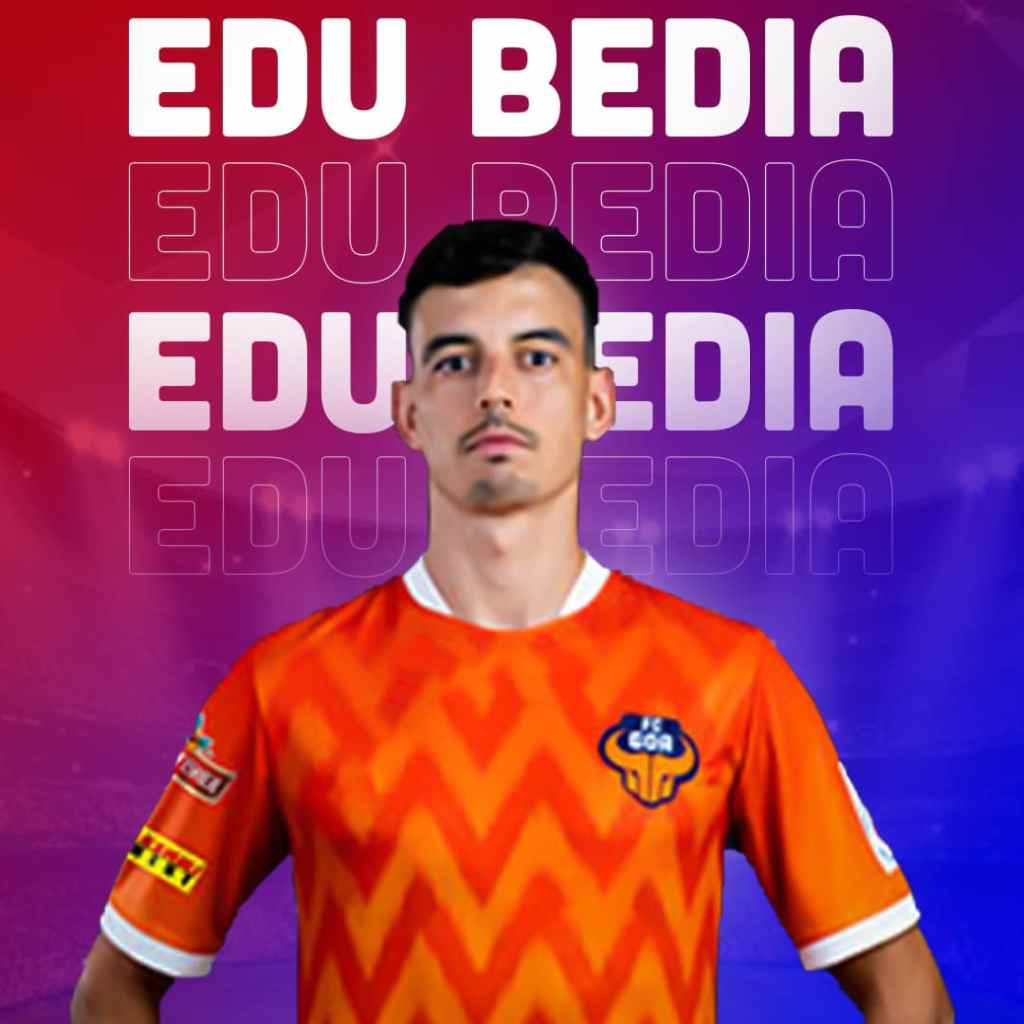 The captain of the Gaurs, Bedia is a veteran Spanish midfielder who graduated from the Racing Santander youth academy in 2007 and made his senior debut the same year with the Racing B team. Bedia spent two years with the B team before moving to the senior team in 2009.

After three seasons with Racing Santander, Bedia moved to Hércules in 2013 and spent a season with the Barcelona B team in 2014. Bedia shifted to Germany after signing with 1860 Munich but returned back to Spain in 2015 with Oviedo. 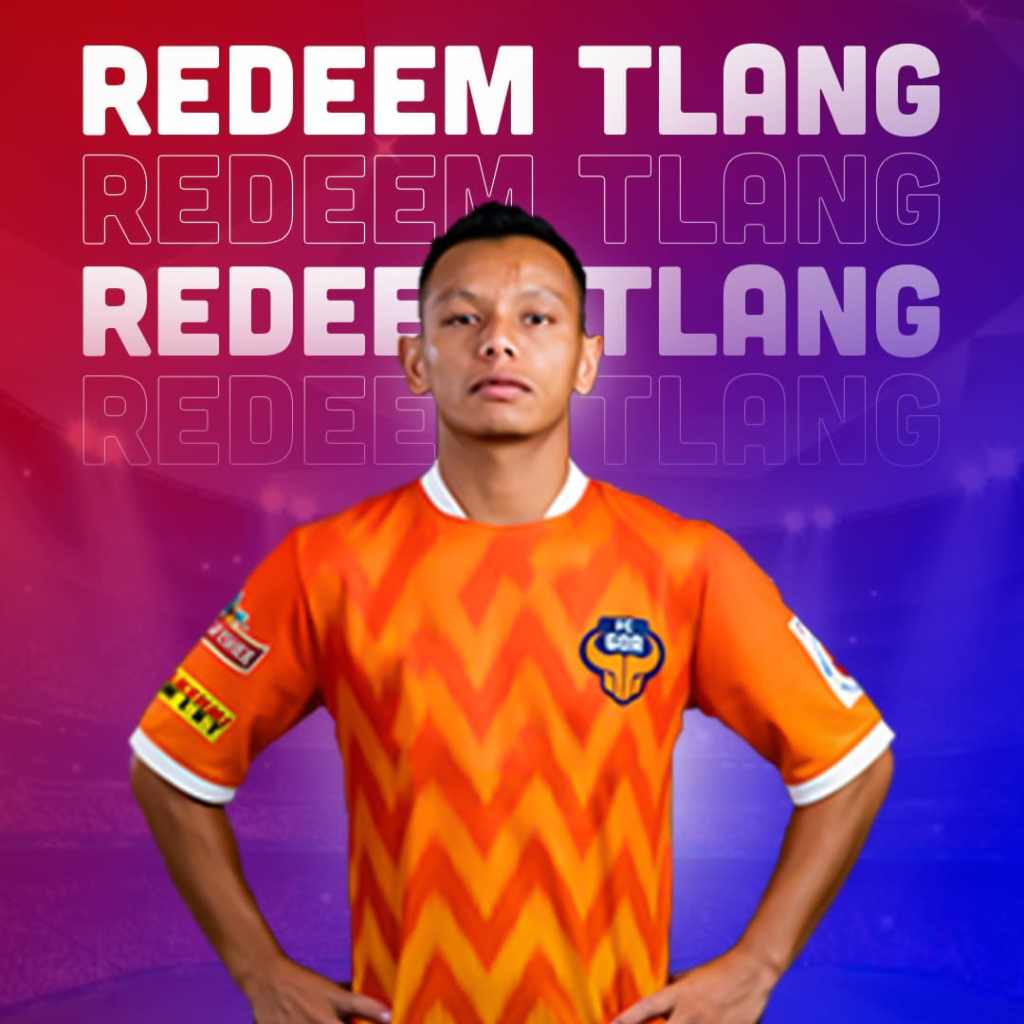 A graduate of the Shillong Lajong youth setup, Tlang made his professional debut with Lajong in 2013 in the I-League. During the inaugural ISL season, Tlang spent a season on loan with NorthEast United FC before returning to the Lajong team and spending an additional five years.

Tlang made a permanent move to the ISL with NorthEast United in 2018 and was with the club for two years before signing for the Gaurs in 2020. 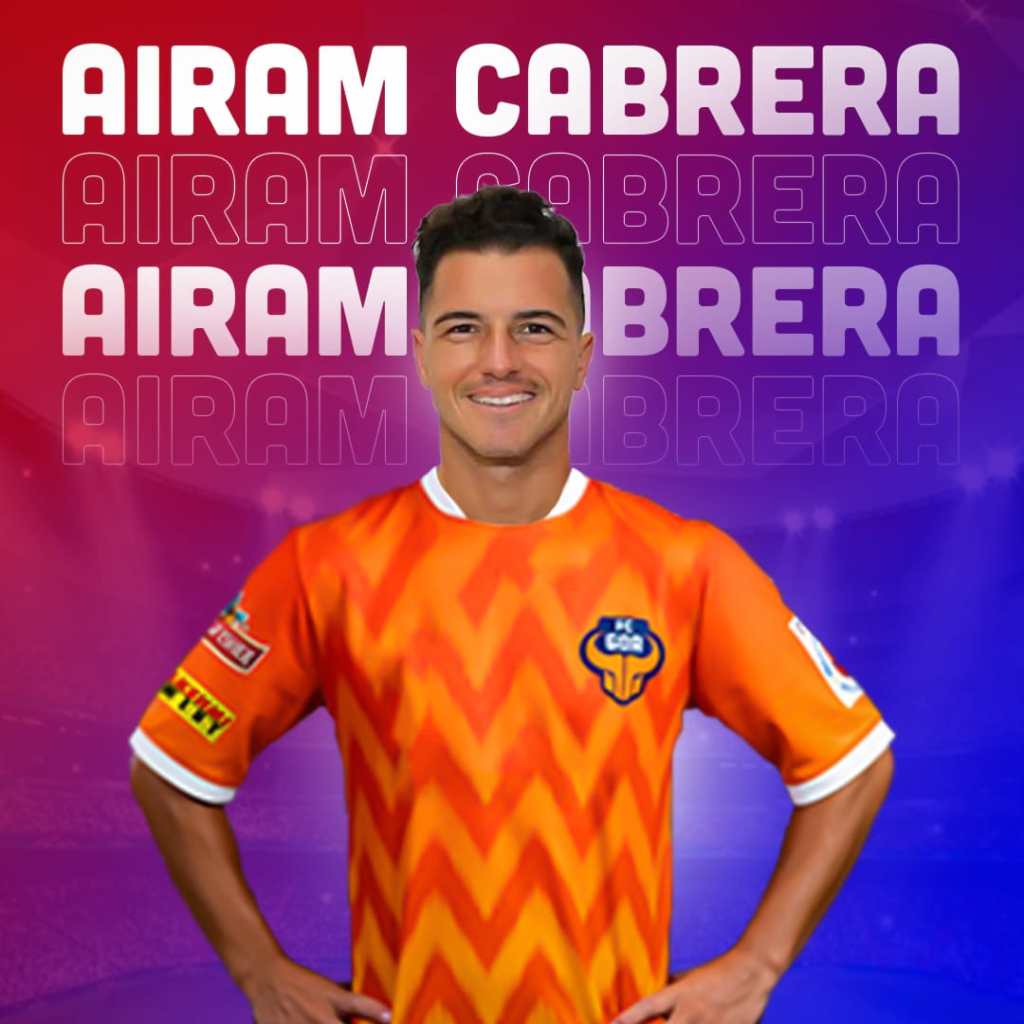 Another Spaniard, Cabrera was a product of the Tenerife youth academy and made his debut with the Tenerife B team in 2007. He moved to the Villarreal B team in 2010 and spent two years there before having spells with Córdoba, Numancia, Lugo, Cádiz, Korona Kielce and Anorthosis over the next five years across Spain, Poland and Cyprus.

Cabrera returned to Spain with Extremadura where he had a three-year stint before spending a year in Poland with Wisła Płock. The Spaniard signed for FC Goa in 2021 on a one-year deal. 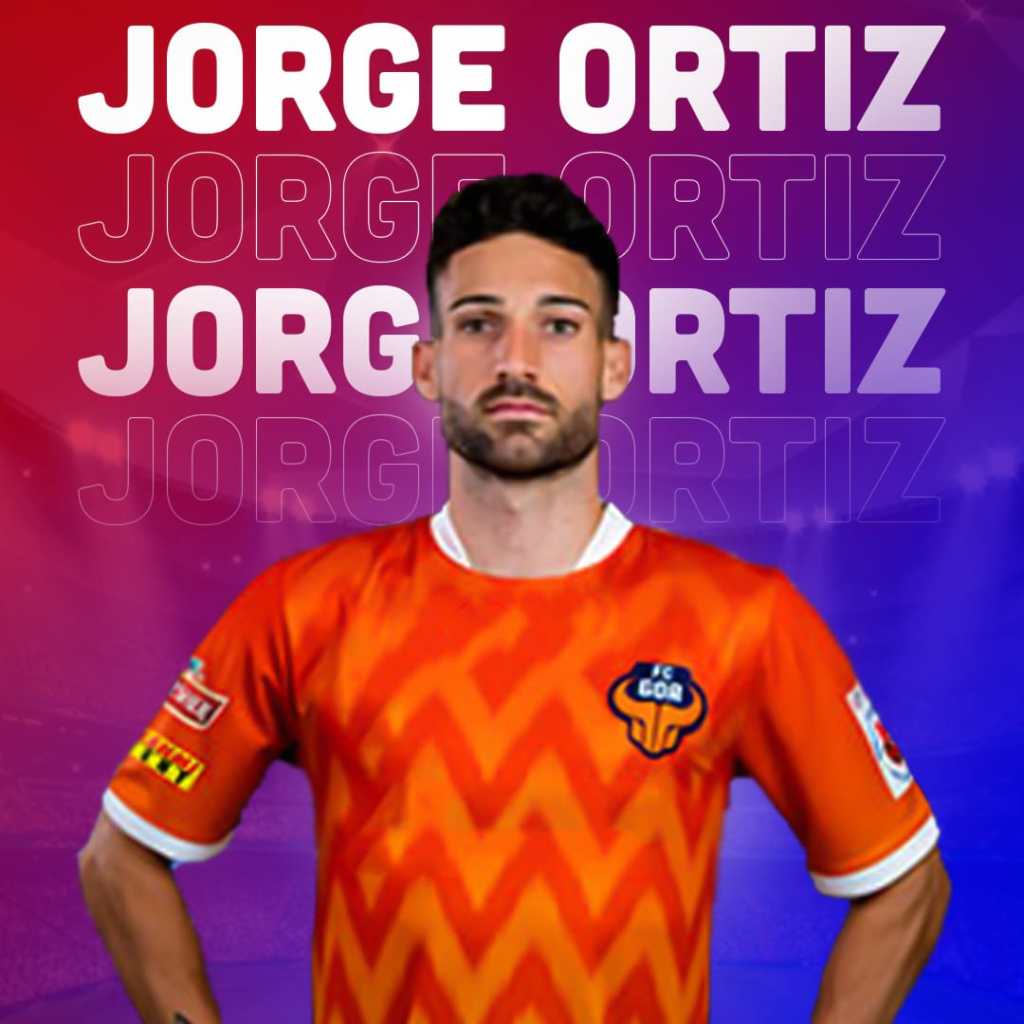 A member of the Getafe youth academy, Ortiz started his career with Madridejos and has played for the likes of   Albacete B, Villarrobledo, Internacional Madrid, Alcorcón, Fuenlabrada, Oviedo, Atlético Madrid B, Cultural Leonesa and Atlético Baleares.

Ortiz signed for the Gaurs on a two-year deal in 2020. The Goan side will hope the Spanish forward brings all his experience to help them win fill up their trophy cabinet. 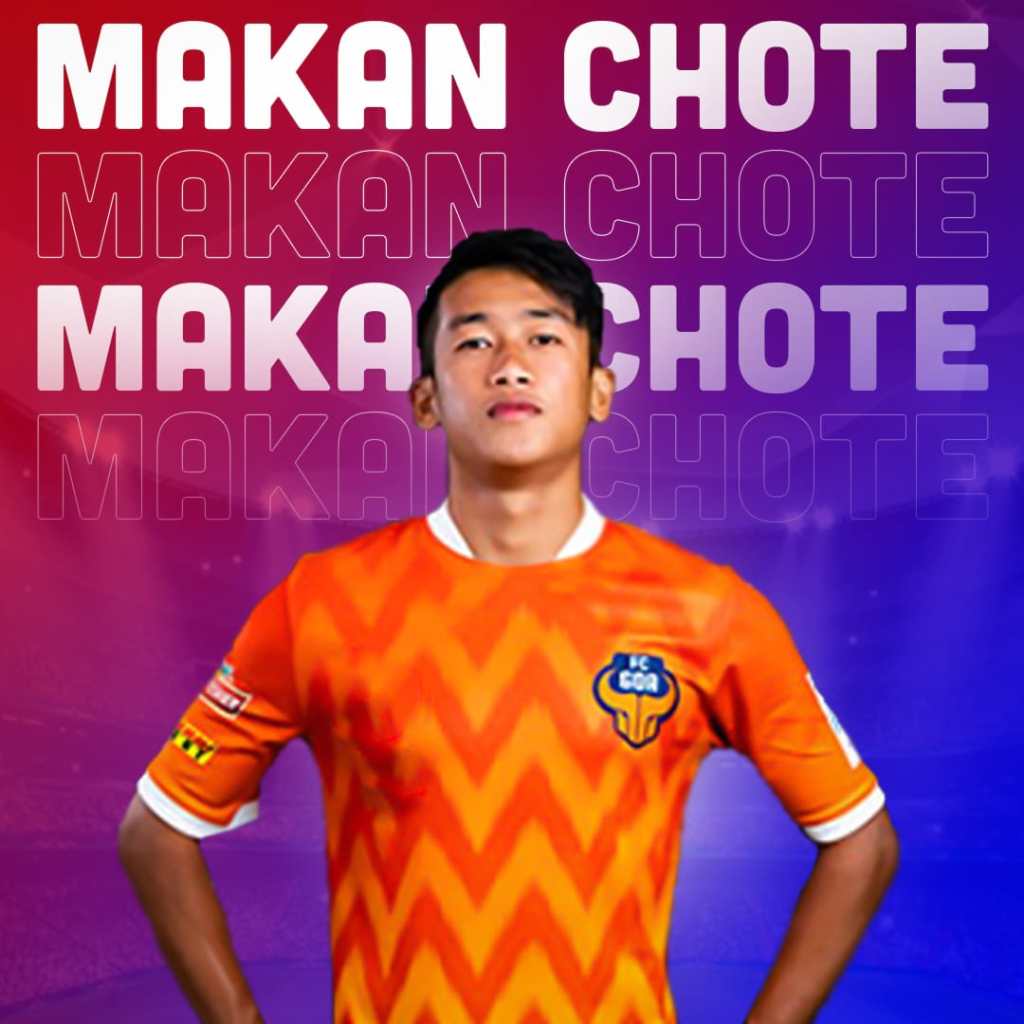 21-year-old Chothe made his professional debut in 2017 with Minerva Punjab in the I-League, and after three seasons with the Punjab team, he signed for FC Goa in 2020.