One of the relatively newer sides, Jamshedpur FC have been around since 2017.

Also one of the most promising teams, Jamshedpur have come agonisingly close to qualifying for the playoffs on two occasions but have fallen short. The Men of Steel, as they are called due to being owned by Tata Steel, will look to change their fortunes in the 2021/22 season. 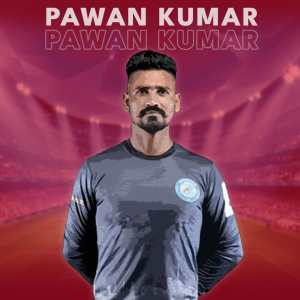 Born in Gurdaspur, Kumar started his football journey with JCT’s youth academy. He made his senior team debut with them in 2010 and even led the team to the Durand Cup final the same year. Kumar’s impressive talent earned him a training stint with Premier League club Wolverhampton Wanderers.

Kumar played for Air India in the 2011 season after JCT were disbanded, and the following season he moved to Salgaocar. After a season with the Goan club, Kumar joined Bengaluru FC in 2013. Following two years with Bengaluru, Kumar moved to the ISL with Chennaiyin FC with whom he won two ISL titles. He shifted to NorthEast United in 2018, and after two years with them, Kumar joined Jamshedpur FC in 2020.

With two ISL titles under his belt, Jamshedpur will be hoping Kumar takes them to glory. 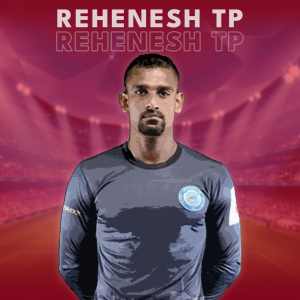 After spending his youth career with SAI, Golden Threads FC in Kochi and Chirag United Kerala, Rehenesh made his senior debut with ONGC in 2012. 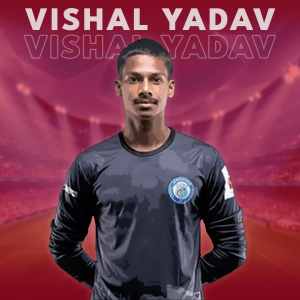 In October 2020, Yadav was promoted to the senior team on a long term deal. 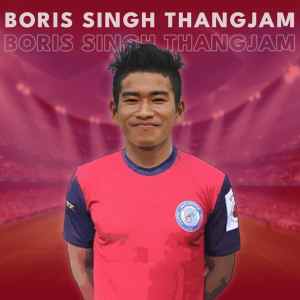 Hailing from Imphal, Singh was a member of the AIFF Elite Academy before making his professional debut in 2017 with Indian Arrows. The same year, he also represented the national U17 side at the FIFA U17 World Cup.

Singh made the move to the ISL in 2018, signing for ATK, and after three seasons with them, he signed for Jamshedpur FC in 2021. 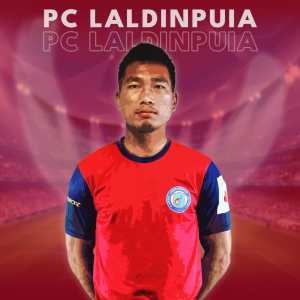 Laldinpuia made his professional debut with Bethlehem Vengthlang in the Mizoram Premier League; he also had stints with Chhinga Veng.

Laldinpuia signed for Electric Veng in 2019, and his impressive performances there led to an I-League call-up with Aizawl in 2020. He spent a season with Aizawl before moving to Jamshedpur FC in 2021. 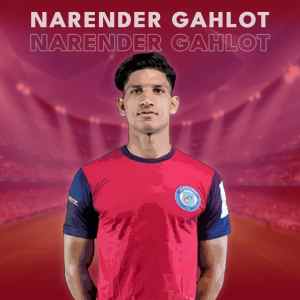 A graduate of the Chandigarh Football Academy, 20-year-old Gahlot started his professional career with Indian Arrows in 2018. 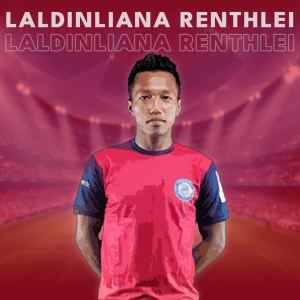 A member of the Chhinga Veng youth setup in Mizoram, Renthlei made his senior debut with them in 2016. The following season, he was loaned out to Aizawl, where he grabbed eyeballs with his performances.

Renthlei made the move to the ISL in 2018, signing for Chennaiyin FC, and following two seasons with the Chennai team, he moved to Jamshedpur FC in 2020 on a three-year deal. 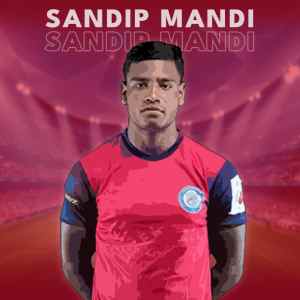 Kolkata-born Mandi is a graduate of the Jamshedpur academy, with the 19-year-old having earned himself a call-up to the senior team in 2020. 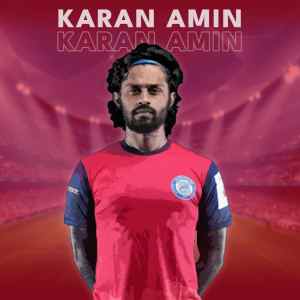 Amin spent a stint with DSK Shivajians as well before moving to Mumbai-based PIFA, who participated in the I-League 2nd Division in 2014. After four years with the Mumbai team, Amin was roped in by Jamshedpur FC in 2018. 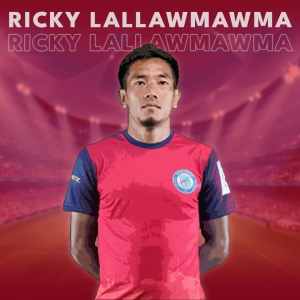 Lallawmawma’s career started with Aizawl in 2011 and he spent three seasons with them, even captaining the side. In 2014, he moved to Chanmari FC, before moving back to Aizawl for a short stint. 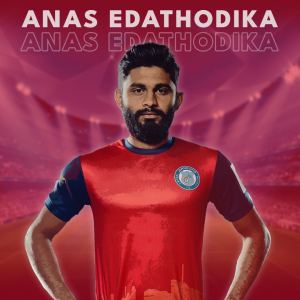 A football lover since childhood, Edathodika spent his time off the pitch during his junior days as an auto-driver. Edathodika joined NSS College, where he honed his skills, later going on to make his professional debut with Mumbai FC in 2007.

After four successful seasons with the club, Edathodika moved to Pune FC, where he again spent four years before moving to the ISL with Delhi Dynamos in 2015.

Edathodika first signed for Jamshedpur in 2017, but it was a short stint as the India international moved clubs again the season after, signing for his home franchise, Kerala Blasters. After a stint with ATK in 2019, Edathodika returned to Jamshedpur FC in 2021. 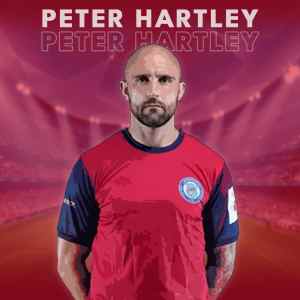 Captain of the club and one of the squad’s most decorated players, Hartley’s football journey began in 2000 with Sunderland at their youth academy.

Hartley made his senior debut with Sunderland in 2007, and after three seasons with the senior team, he signed for Hartlepool United, where he spent four seasons and racked up almost 200 appearances. He signed for Stevenage in 2013, and the following year, he moved to Plymouth Argyle.

Following two seasons with Argyle, Hartley moved to Bristol Rovers in 2016. He signed for Blackpool the next season but spent most of his time on loan with Scottish club Motherwell.

Hartley made a permanent move to Scotland, signing for Motherwell in 2018, and spent two seasons there, where again he was the captain of the club. In 2020, Jamshedpur FC signed Hartley on a two-year deal. 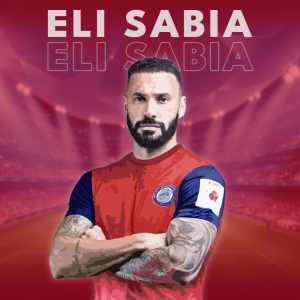 Starting off at the youth system at Paulista, Sabiá made his debut for the Brazilian side in 2006. He spent five seasons with Paulista before moving to São Caetano in 2011. The Brazilian moved to Água Santa in 2015 after four seasons with Caetano.

Sabiá had a short stint with Sampaio Corrêa in 2016 before signing for Chennaiyin later that year. After his year-long stint with the Chennai franchise, Sabiá returned to Brazil with Sertãozinho. He moved to Saudi Arabia in 2017, signing for Al-Ra’ed, where he spent a season before returning to Chennaiyin in 2018. After three seasons with the Chennai team, Sabiá signed for Jamshedpur in 2021 on a multi-year deal. 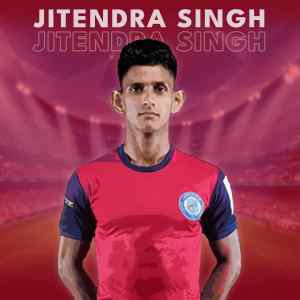 Another AIFF Elite Academy and “India at the FIFA U17 World Cup” member, Singh also started his career with Indian Arrows in 2017.

After two seasons with the Arrows, he signed for Jamshedpur FC in 2019. 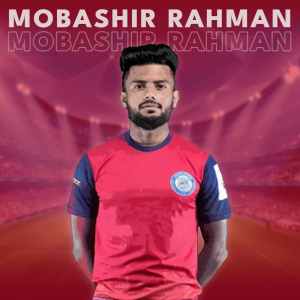 After spending time with the Jamshedpur reserves team, Rahman made his senior debut for them in 2018. 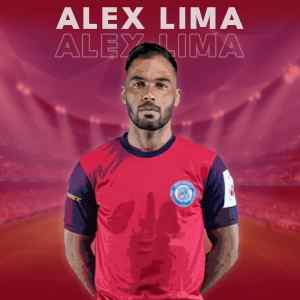 After graduating from the youth academy of Brazilian club Grêmio Esportivo Mauaense, Lima made his debut in 2008 with Swiss club FC Wohlen. 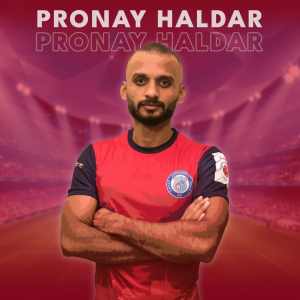 A member of Tata Football Academy, Halder made his professional debut in 2011 with Pailan Arrows (now Indian Arrows).

Halder was roped in by Dempo in 2013, and after three seasons with the Goan club, where he even spent a season out on loan with FC Goa, Halder moved to Mohun Bagan in 2016. During his time with Bagan, he spent a loan spell with Mumbai City.

The India international made a switch to the ISL in 2017, signing for FC Goa, and after a season with the Gaurs, he moved to ATK in 2018.

Halder, who is still on the books of ATK Mohun Bagan, joined Jamshedpur FC on a year-long loan in 2021. 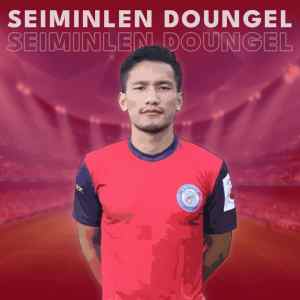 Hailing from Saikul in Manipur, Doungel was a member of the JCT and East Bengal youth systems. Doungel made his senior debut with East Bengal in 2011 and spent four successful seasons with the Kolkata team.

Doungel moved to Shillong Lajong in 2014 and spent a season on loan in the ISL with NorthEast United. The winger moved to Bengaluru FC in 2015 and spent two seasons with the Blues before signing for NorthEast United permanently in 2017. He had year-long spells with Kerala Blasters and FC Goa before moving to Jamshedpur FC on a three-year deal in 2021. 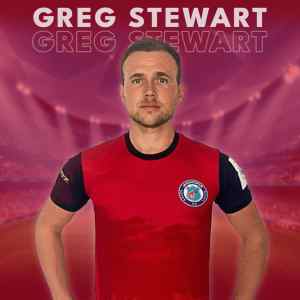 Veteran Scotsman Greg Stewart started his football journey with Rangers and Heart of Midlothian FC. He made his professional debut in 2007 with Syngenta Amateurs, and after three seasons with them, he signed for Cowdenbeath with whom he spent four seasons, amassing more than 100 appearances for them.

Stewart moved to Dundee in 2014 and spent two years there before moving to Birmingham City in 2016. He spent three seasons with the EFL Championship team before signing for Rangers in 2019, with whom he won the Scottish Premiership at the end of the 2020-21 season.

Stewart joined Jamshedpur FC in 2021 on a year-long deal. 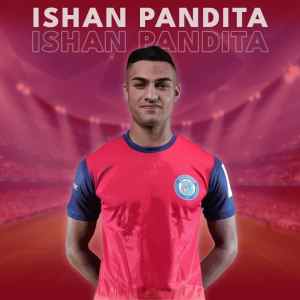 Having spent his youth career with Spanish clubs Alcobendas, Almería, Leganés and Gimnàstic, Pandita made his professional debut in 2019 with Pobla Mafumet in the lower divisions of Spain.

He moved to Lorca in 2019, where he ended the season as the club’s top scorer. He shifted to India in 2020, signing for FC Goa, and after a season with the Gaurs, the 23-year-old joined Jamshedpur on a two-year deal. 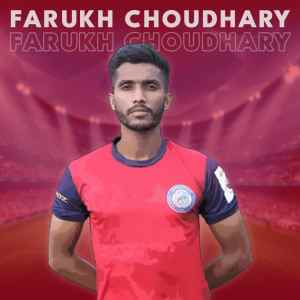 Born in Ambarnath, Maharashtra, Choudhary graduated from the Pune FC academy before making his senior debut with Lonestar Kashmir in 2015.

Choudhary signed for Kerala Blasters in 2016 and spent a season on loan with Mumbai FC before joining Jamshedpur in 2017. Choudhary spent three seasons with Jamshedpur before moving to Mumbai City in 2020, and after a season with Mumbai, the 24-year-old India international returned to Jamshedpur ahead of the 2021-22 season. 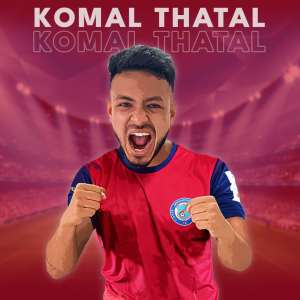 21-year-old Thatal, a graduate of the AIFF Elite Academy and a member of the India team at the FIFA U17 World Cup 2017, made his professional debut with ATK in 2018. Thatal’s debut in 2018 made him the youngest player in the ISL ever to play a game, at 17 years of age. Thatal remained with ATK through their merger, and after three seasons with them, Thatal joined Jamshedpur in 2021 on a three-year deal. 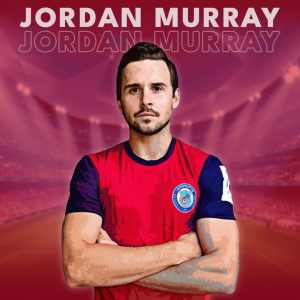 Murray, a member of the Bulli and South Coast Wolves youth academy, started his senior career with the latter in 2014.

Murray moved to APIA Leichhardt FC in 2016 and after two incredibly successful seasons with them he signed for Central Coast Mariners in 2018.

Murray moved to the ISL in 2020, signing a year-long deal with Kerala Blasters, and ahead of the 2021-22 season, he joined Jamshedpur FC on a two-year deal. 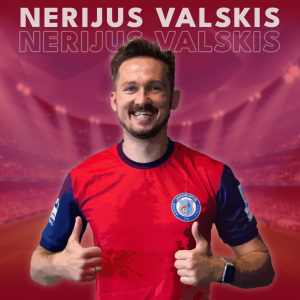 Lithuania international Valskis is one of the club’s most experienced players, having represented a total of 16 clubs in his career till date.