The NFL is widely renowned as the mecca of all sporting events and hence has so many deals with big organisations which look to increase their reach and have a chance to be visible on the biggest sporting stage. Igloo is a metalwork shop that was founded in 1947. It partnered with the NFL as its official drinkware sponsor in 2021, providing all the teams with custom-made stainless steel drinking mugs. This collection included team-branded tumblers for the 2021/22 season which replaced the previously-released NFL playmate coolers.

As part of the partnership, Igloo designed each of the 32 Stainless Steel Tumblers with custom NFL team-inspired artwork, including the designated team’s colors and logos.

In November 2021, Morgan State University announced a partnership and a new data analytics initiative with the National Football League.

The League and the University collaborated to launch the Campus Connection program, which aims to provide students with programs and experiences that help prepare them for future careers in professional football administration. The partnership builds on the league’s ongoing commitment to Historically Black Colleges and Universities. Alongside this, the NFL also aims to provide the students with career development opportunities by hosting career fairs, case studies, and executive series leaders programs.

In addition to Campus Connection, Morgan State and the NFL have also announced a newly created Data Analytics Education and Research Initiative at Morgan. The partnership allows the NFL to drive its fan engagement through a new gaming experience. The NFL-themed slot machines will allow fans to customise their experience based on their favorite teams and are expected to hit casino floors in 2023.

Helbiz and the NFL announced their partnership in 2021, which allows NFL content to be live-streamed on the Helbiz platform across Italy.

In August 2021, the NFL added three new betting partners to its portfolio as official partners: PointsBet, BetMGM, and WynnBet.

The main focus of these partnerships is data analysis and advertising. These partnerships give the betting companies the right to advertise during NFL games, including commercial rights and different types of deals that individual teams can sign.

In April 2021, the NFL and iHeartMedia announced a partnership that made the latter the NFL’s official podcast network. This multi-year deal entails delivering dedicated content to the fans, including the distribution of existing NFL podcasts.

The deal also includes iHeartMedia developing new shows with the help of NFL films and using some of the best-archived content while creating new podcasts focusing on the history and providing inside access to the fans.

Cisco, a leader in enterprise networking and technology, was announced as the official technology partner of the NFL in April 2021.

The deal sees Cisco use its industry-leading expertise to jointly develop a Connected League platform with the NFL, unifying the league on a singular foundation of connectivity with greater speed, intelligence, and security. All NFL control rooms are built with Cisco technology, and two-thirds of the NFL’s stadiums rely on it as well. 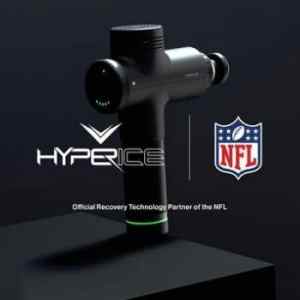 The partnership brings Hyperice’s next-generation products and technologies to NFL facilities and environments to optimise player performance, improve mobility, and speed up recovery post-game. Players have access to the full suite of Hyperice and Normatec products including Hypervolt, Hypersphere, Vyper, and Venom lines.

Hyperice and the NFL also work together with PFATS (The Professional Football Athletic Trainers Society) to deliver recovery technology solutions to NFL member clubs in an effort to prioritise player performance.

In 2021, Truist Financial Corp. became the official retail bank partner of the NFL and confirmed its partnership with the NFL as the corporate sponsor. As part of this deal, Truist received marketing rights, retail banking rights, and future activation opportunities from the NFL.

Truist also participates in the NFL’s initiative of inspiring change for the social justice initiative.

In 2021, the NFL announced a partnership with public gaming tool Skillz as its mobile gaming partner. This partnership provided the NFL with opportunities to engage with current and existing fans. The valuation of this deal is reported to be US$5 per download, which is huge when we take into account the 500 million people familiar with the NFL.

Genius Sports, a leader in digital sports content, announced a multi-year partnership with the NFL as its exclusive distribution partner. The partnership, which was agreed in April 2021, makes Genius Sports the official platform where the NFL’s official play-by-play stats can be found for the fans and is also used for the league’s official sports betting data feed.

Genius Sports and the NFL also built technology that advances betting through data feed, products, and fan engagement offerings.
Genius also sponsors all NFL-legalised betting advertisements across its official digital platforms in the US and internationally.