Ogilvy Brazil’s latest work for Forbes Brazil shows how different its billionaire’s list would have looked if the top earners were women.

The pictures of Mark Zuckerberg, Carlos Slim and Bill Gates have been photoshopped to make them look like ladies.

Mark Zuckerberg, has been changed to Marcia Zuckerberg and below the creative, it is written that “As an American woman, Mark Zuckerberg would have earned an average 21% less.” 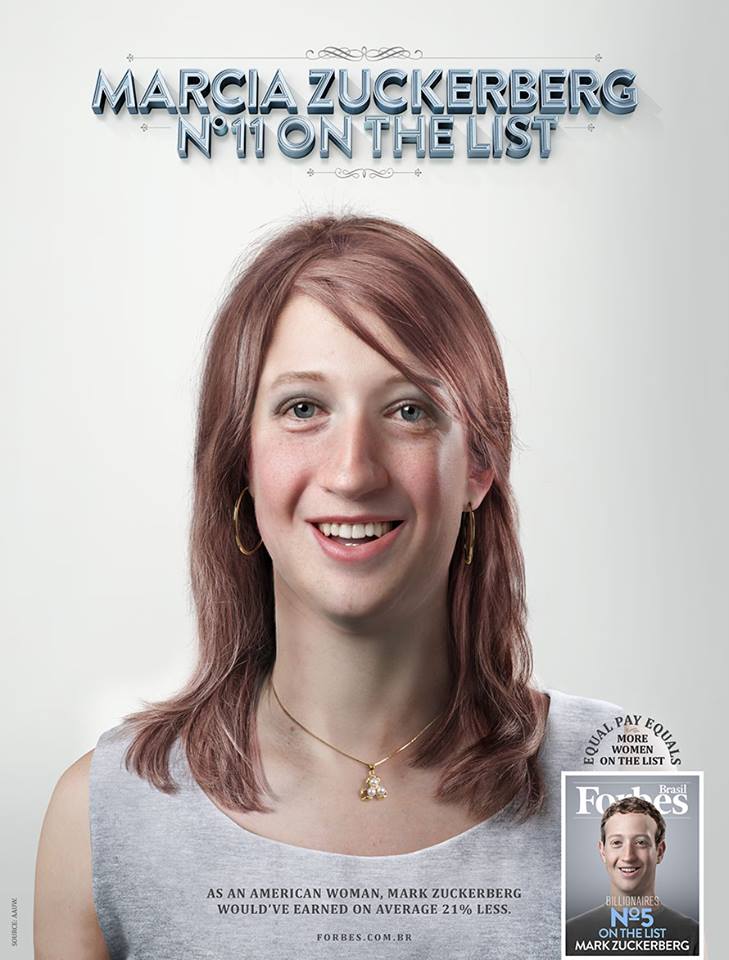 Similarly, Carlos Slim has been changed to Carla Slim and below the picture, it is written that “As a Mexican woman, Carlos Slim would have earned an average 17% less.” 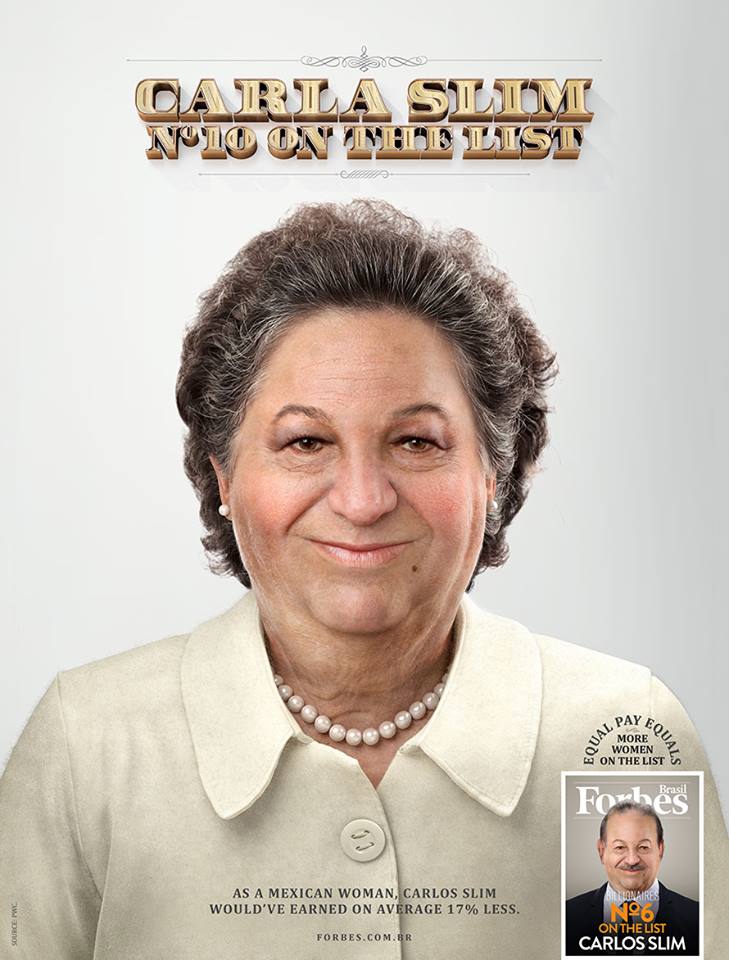 And lastly, Bill Gates’s name has been changed to Billie Gates and it is mentioned that “As an American woman, Bill Gates would have earned an average 21% less.” 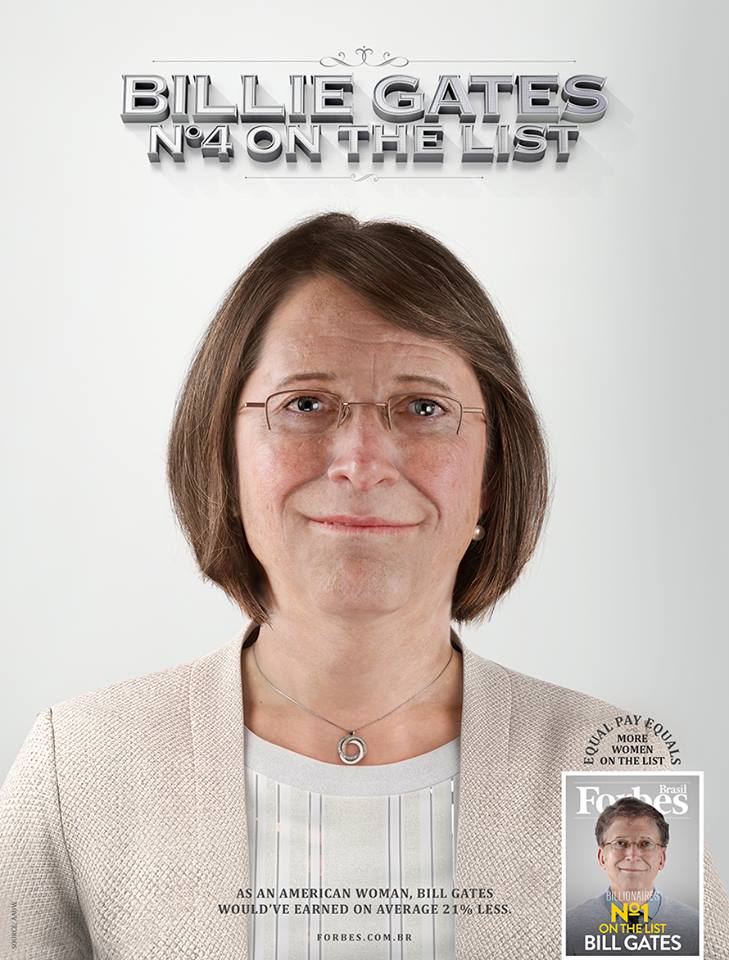 The original pictures of these powerful men are also included in the creative which makes the comparison even starker.

This is a great effort from Forbes to highlight the income gap between women and men which exists in almost every country in the world.

The campaign which is called Equal Pay Billionaires was released in April 2017.