There was a time when films were treated like a piece of art. But today we see them being treated like marketing products. Every time a big budget movie is about to release, we see the stars and the people involved going lengths, breadths and widths to attract the audiences.

What happened at the Oscars 2017 is not hidden from anyone. And the marketing team of an Indian movie “Phillauri” which is scheduled to release on 24th March 2017 utilised this unfortunate episode in their favour.

They used Photoshop to place the lead actor of the film – Anushka Sharma (playing the role of a ghost) on the Oscar stage. In the text copy, the character is made to say that she tried telling the people there was an error but nobody understood as she was speaking in Hindi. Oh! and they also used “#ShashiWasThere”. This happened on the 2nd of March. 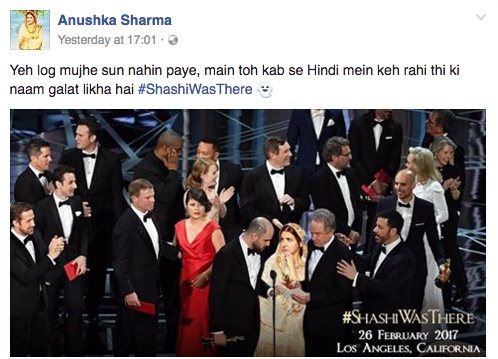 Till here it was great, people took it in a humorous way, applauded the “meme”, all good. Then today, on 3rd March, another creative was made in which Anushka was shown on the moon with an astronaut. And in the text copy, her character is made to say that she helped the astronaut in putting up the flag. She also says that she doesn’t need oxygen or spacesuit so she was comfortable. 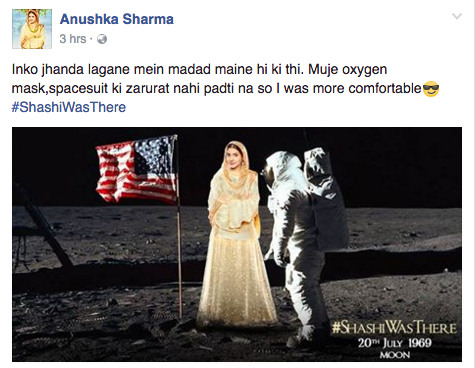 Well, this was a tad too much. And this is a major problem with movie advertising. People don’t know where to put the full stop and hence they keep going on without releasing that they might affect the end product.

The Oscar creative was bang on but the moon creative was completely unnecessary. We hope that the makers realise this soon and act accordingly.

Good luck to the team.