Earnings via Endorsements – US$25 million per year 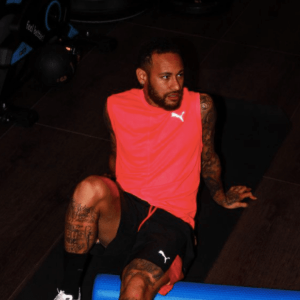 Neymar signed with Puma last September as his official personal sports equipment supplier, ending his fifteen-year association with Nike. The deal is valued at €25 million per year, making it the biggest individual sports sponsorship contract in history. 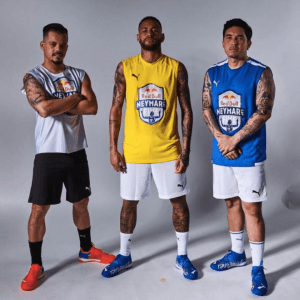 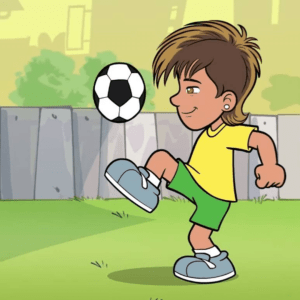 São Paulo-based Mauricio de Sousa Productions has a tie-up with Neymar that sees the two create co-branded content. Neymar not only has a fictionalised character of himself on one of the studios’ comic book series called Turma da Mônica (Monica’s Gang) but also has his own show called Neymar Jr. Responde which is based around a fictionalised puppet version of the footballer called Neymarzinho. 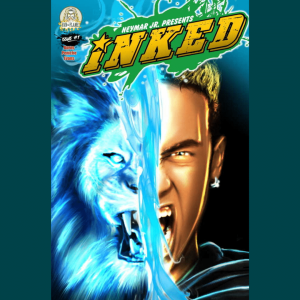 Fan the Flame is a studio focused on helping celebrities bolster their brand via a comic, caricaturised version of themselves. Working with Neymar, the two have created a whole comic book series dedicated to the Brazilian superstar called Neymar Jr. Comics or NJR Comics. 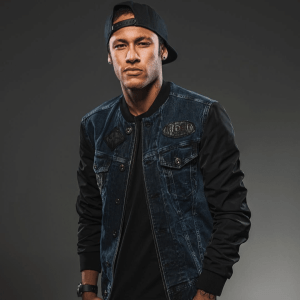 Neymar is a brand ambassador for Asolo-headquartered Italian denim-based fashion brand REPLAY since September 2015. As per the deal, Neymar features in REPLAY’s advertising campaigns and has also collaborated with the brand to launch his own collection called NJR. 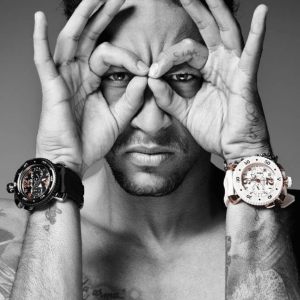 Neymar serves as a brand ambassador to GaGà Milano since 2017, though his love for the Italian luxury watch brand dates further back. The partnership sees the two create co-branded content, with Neymar also boasting his own limited-edition range of GaGà Milano watches. 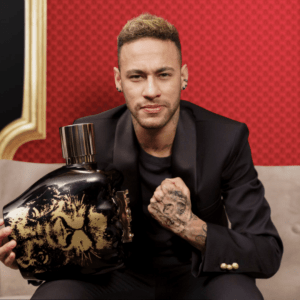 Neymar is partners with Diesel Fragrances since 2019. The L’Oréal-owned luxury fragrance line of the Italian fashion brand collaborated with Neymar to create a co-branded fragrance called Spirit of the Brave. Neymar also features in the promotional content for his fragrance line. 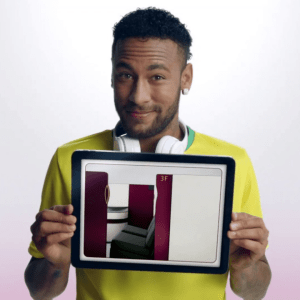 Neymar has had a long-time association with Qatar Airways. He used to appear in the airline’s promotional content during his Barça days, when Qatar Airways was the principal sponsor of the Catalan club. His partnership with Qatar’s state-owned flag carrier further strengthened when he moved to PSG in 2017, a club owned by the Qatar Sports Investments (QSI) group.

Most prominently, Neymar appeared in one of Qatar Airways’ safety videos in December 2019 alongside Robert Lewandowski and Cafu. He continues to collaborate with the airline to feature in its promotional campaigns leading up to the 2022 FIFA Men’s World Cup in Qatar. 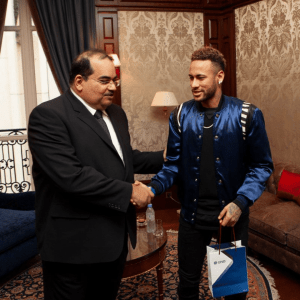 PSG’s Qatari owners leveraged Neymar’s presence at the club to rope him in as the global ambassador for the Qatar National Bank in December 2018. The deal sees Neymar feature in the bank’s promotional campaigns. 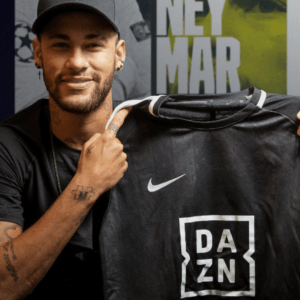 Neymar became a global ambassador for OTT sports streaming service DAZN in February 2019 ahead of the platforms eventual release in Brazil. The deal sees Neymar and DAZN create digital content exclusively for the platform apart from promotional adverts. 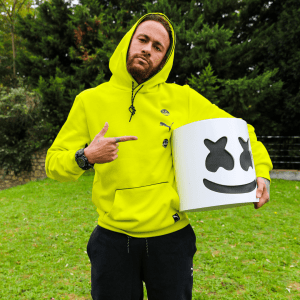 Neymar became an ambassador for video-making social media app Triller in November 2020. The deal saw the Brazilian leave TikTok entirely to make exclusive content for Triller and ask his massive social media followship to do the same. 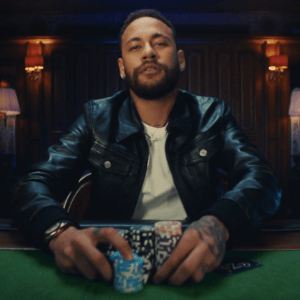 A cards enthusiast in his own right, Neymar became a brand ambassador for PokerStars in 2015 but left in 2017, his departure coinciding with his move from Barça to PSG. He re-joined The Stars Group (parent company of PokerStars) in December 2020, hence becoming the first ever ambassador to be re-signed by PokerStars. The deal sees Neymar frequent tables during PokerStars’ global events, while also featuring in its promotional content. 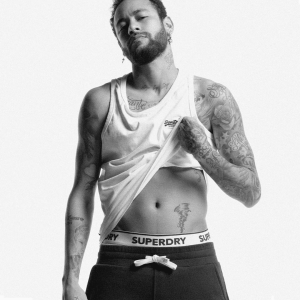 Neymar signed a sponsorship deal with Superdry in December 2020. The three-year deal sees the 29-year-old promote sustainability via the brand’s 100% organic underwear and sleepwear collection. 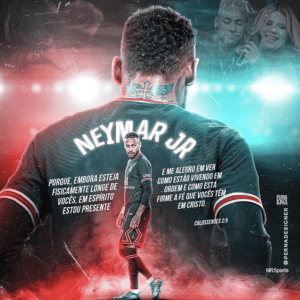 NR Sports is the name of the company that hold Neymar’s proprietary image rights. 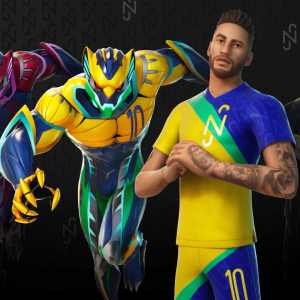 In March 2021, Cary, North Carolina-headquartered American video game developer Epic Games announced a collaboration with Neymar for its leading online game Fortnite. The collaboration entailed social media endorsement from the man himself as well as a Neymar skin made available to players in-game while playing Fortnite. 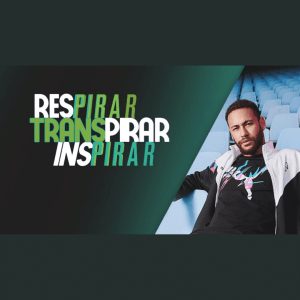 In October 2021, the Brazilian antiperspirants and footcare brand joined Neymar’s non-profit organisation, Instituto Projeto Neymar Jr, with Neymar himself serving as an ambassador for the brand. 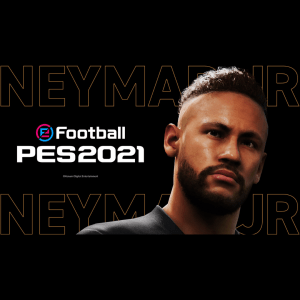 That same month, Neymar was announced as an ambassador for all football games published by KONAMI, including its then-flagship offering, eFootball PES 2021 SEASON UPDATE.

Mobile technology company Digible partnered up with Neymar in January 2018 to create a co-branded app called the Neymar Experience, which would be dedicated to teach users soccer skills and offer nutritional and training tips. Most engaged users would get exclusive opportunities to interact with Neymar.

Lisbon-headquartered Portuguese telecom giant Altice signed Neymar as an ambassador in February 2019 while simultaneously renewing Cristiano Ronaldo’s deal, who had been an ambassador since 2015. The sponsorship covers all of Altice’s brands and stands valid across all the areas Altice operates in.

Neymar had endorsed Nike since he was a 13-year-old kid. In 2011, the two signed an eleven-year extension to their partnership in a deal worth US$105 million. The deal, however, was short and the two parted ways in 2020, with Neymar switching to Puma.

Neymar became a brand ambassador of Gillette in Latin America in September 2015. In July 2018, he received severe backlash after admitting to “overreacting to fouls” in Gillette’s A New Man Every Day advert.

Neymar has been working as one of the many brand ambassadors of electronics brand, Beats, since 2014.

Neymar was one of the leading ambassadors for the American financial services corporation until 2019 when the company suspended all projects with the Brazilian when he got engulfed in a scandal caused by a rape allegation.

Neymar signed a two-year deal with the Chinese electronics company in February 2018 to feature in offline and online ads and work on several charity-focused initiatives.

Here’s a list of all the major trophies Neymar has won in his professional career as a player.

Charities Neymar has worked with –

– He has his own non-profit called Instituto Projeto Neymar Jr, that aims to support thousands of children and their families and several social causes, starting from his hometown.
– Last year, Neymar donated R$5 million (Brazilian real) in the fight against coronavirus. The amount was split between UNICEF and a charity in Brazil.