South Africa have been a dominant force in the world of cricket for long, but their recent form has not been in their favor. After ending up on the losing side against Australia in their opening game in the ICC T20 World Cup 2021, the Proteas find themselves in a tricky situation with important games coming up against the West Indies and England.

Though South Africa’s bowling line-up is impressive and boasts the likes of Kagiso Rabada and Lungi Ngidi, the team need to work on their batting in order to progress further ahead in the competition. Let us take a look at their sponsors. 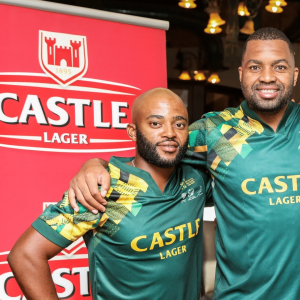 Cricket South Africa (CSA) signed a five-year deal with South African Breweries in October 2016. SAB’s flagship brand Castle Lager was named as the official beer of the South African national team. Castle Lager, through SAB, had previously been the headline sponsor of South Africa’s Test and ODI teams for 23 years. 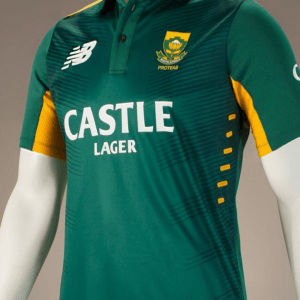 CSA and New Balance announced a contract extension for the latter to continue serving as the official apparel and footwear supplier to the former for five years in January 2019. However, New Balance is now set to be replaced by UK-based rival brand Castore from October 2021. 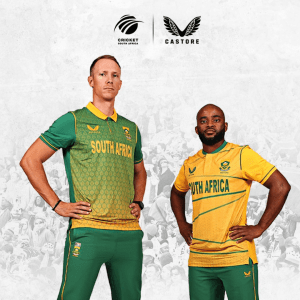 In October 2021, Cricket South Africa announced that UK-based sportswear brand Castore would become their official kit supplier. The three-year deal will see Castore serve as the Proteas’ kit supplier from October 2021 until September 30, 2024.

KFC and CSA renewed their partnership, which started over a decade ago, for another five years in June 2020. The deal sees KFC remain the title sponsor of T20Is as well as an official sponsor of the KFC Mini-Cricket programme.

CSA welcomed Kemach Equipment on board as an official supplier in November 2017 on a three-year contract.

CSA signed a deal with leading provider of first-class online entertainment, Betway, to make the company an official partner for three years in July 2020. The deal sees Betway get into the CSA fold as the Headline Event Partner of both the ODI and Test formats for Proteas Men, an Official Sponsor of the T20 Proteas Men’s team, and an Official Sponsor of the Momentum Proteas Women.

CSA announced hydration tablet brand Phizz as an official supplier to CSA, its teams, players and staff in January 2020.

CSA renewed its deal with SuperSport for the next six years in April 2015. The new deal includes the broadcaster’s hosting rights for all home internationals matches.

CSA announced a partnership with one of the country’s leading national telecommunication providers BitCo Telecoms in May 2020.