Four-time Grand Slam champion Naomi Osaka has been drawing headlines lately with her boycott from media obligations and her ensuing withdrawals from several tournaments. The 23-year-old cited the need of protecting her own mental well-being as the sole cause of withdrawing, and the Netflix miniseries “Naomi Osaka” helps contextualise some of the decisions she has made as of yet.

This riveting, contemplative, and slow-burning miniseries also packs some intriguing and insightful details through some seamless voiceover narrations coupled with excellently crafted sequences that do more than justice to the flow and progression of each episode.

Here, we’ve hand-picked 20 quotes from the Netflix miniseries “Naomi Osaka”. Some of these are applicable to all walks of life, while others shed light on this unique journey of hers.

‘When I’m playing, I have, like, a robot mind. Like, you are basically punching in and punching out. But your punching in is winning the match.’ ~ Naomi Osaka 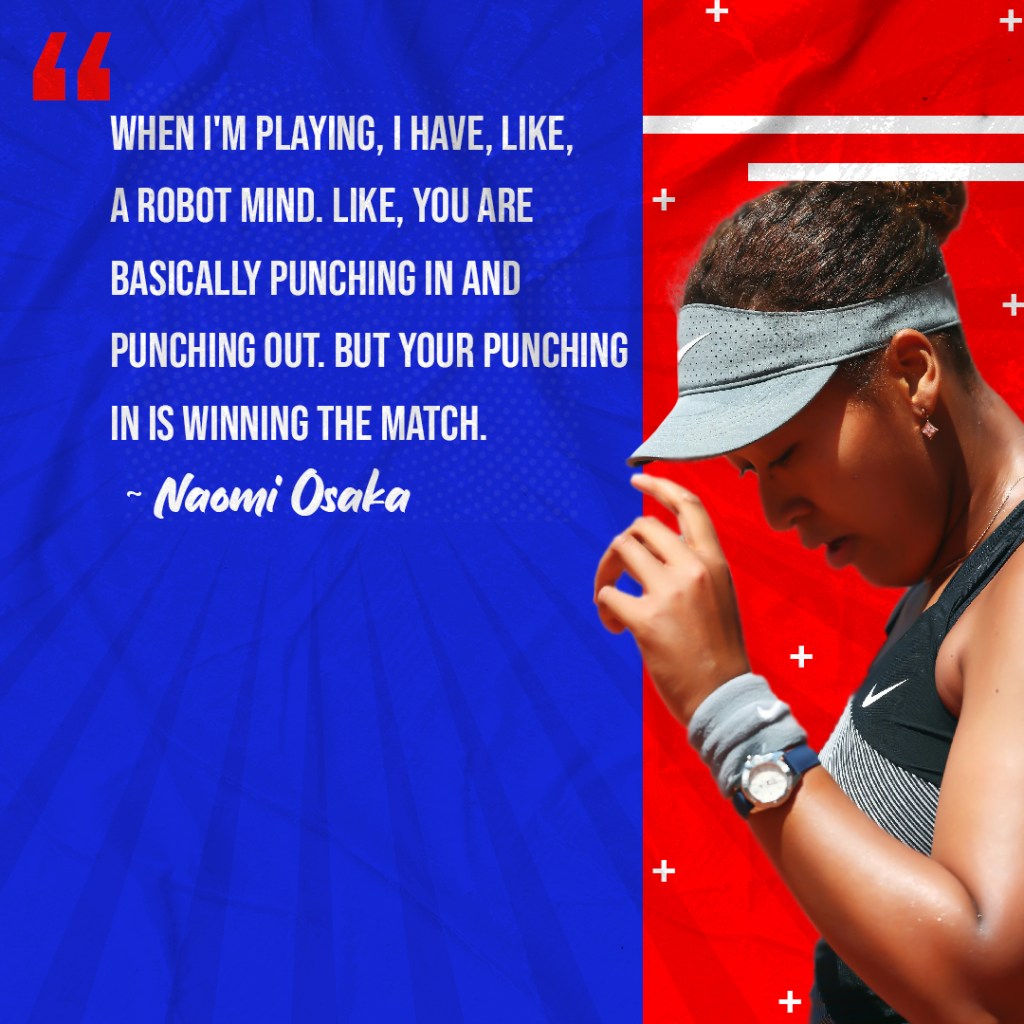 ‘Sometimes I feel like I’m a vessel.’ ~ Naomi Osaka 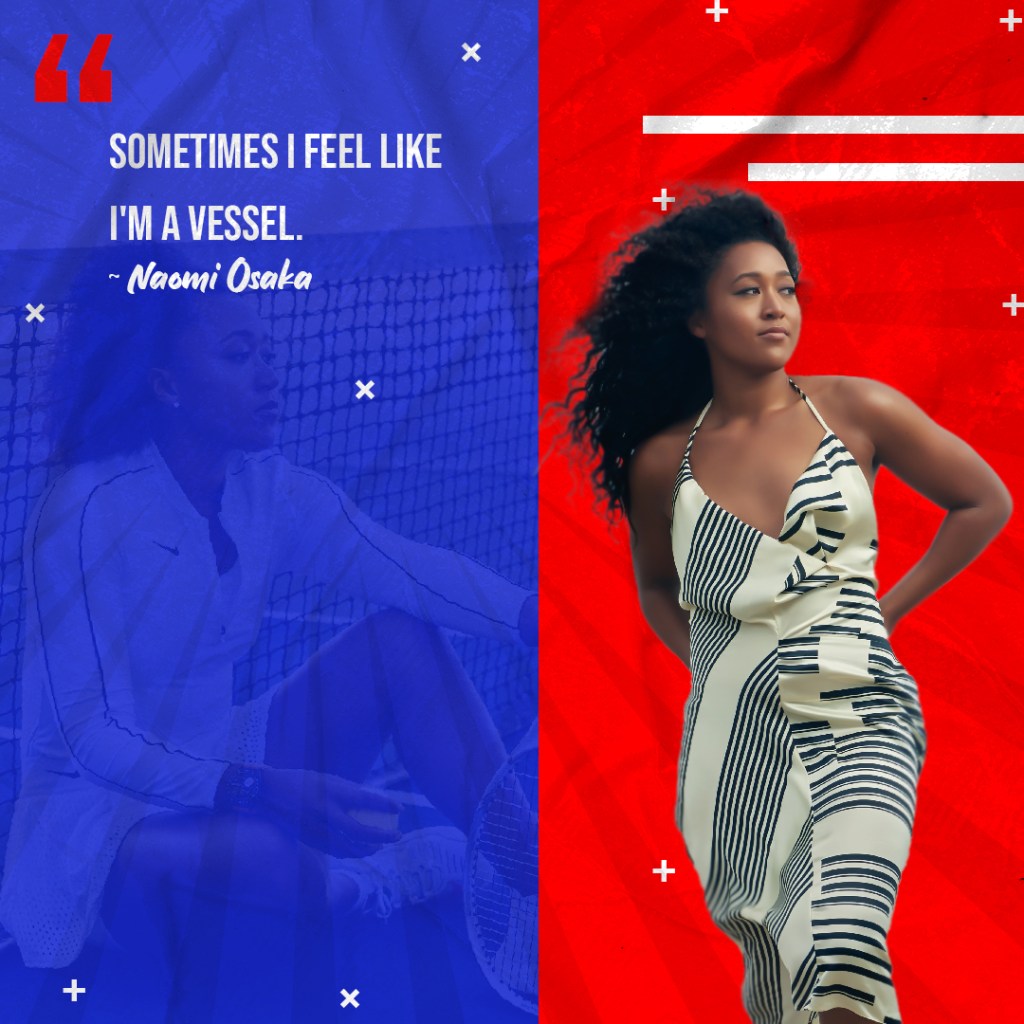 ‘It was honestly either become a champion or probably be broke.’ ~ Naomi Osaka 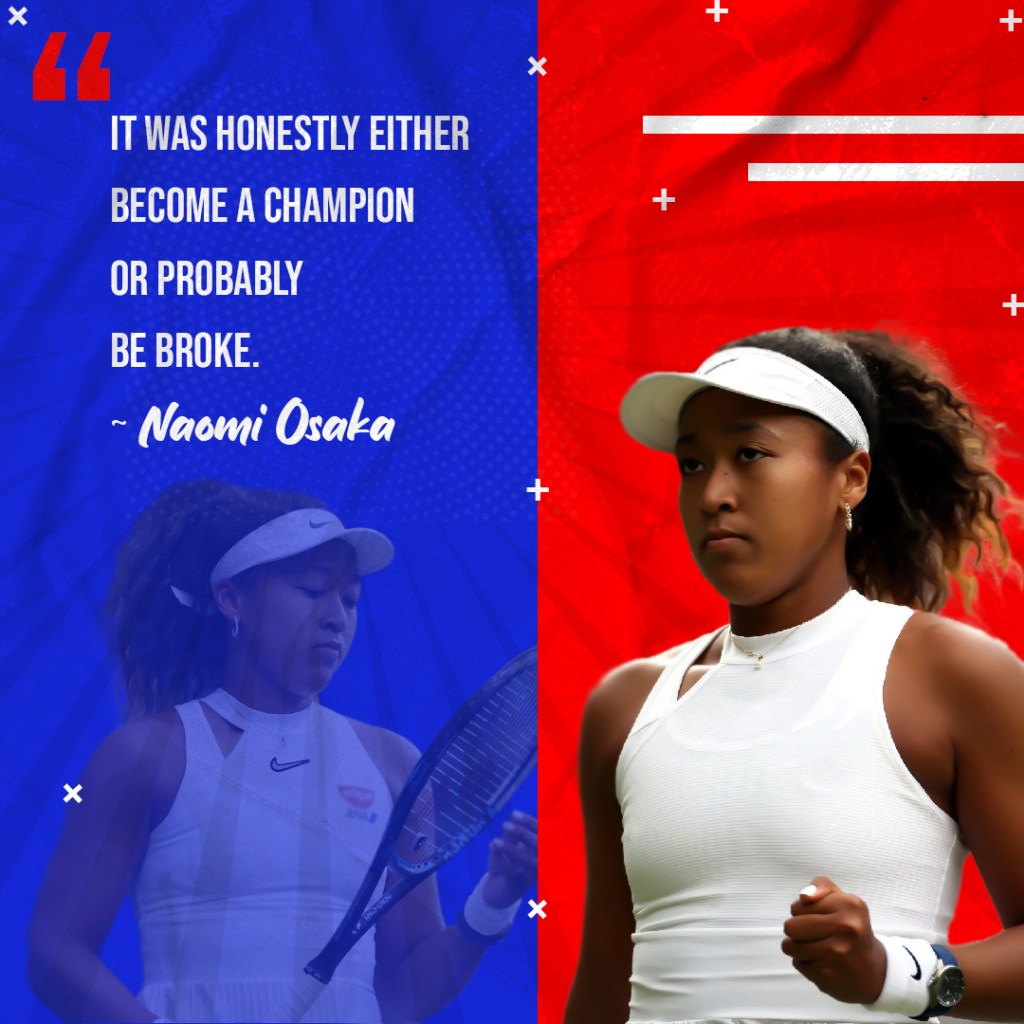 ‘For me, I’m really good as a chaser or a follower, so it’s really hard to be the top person.’ ~ Naomi Osaka 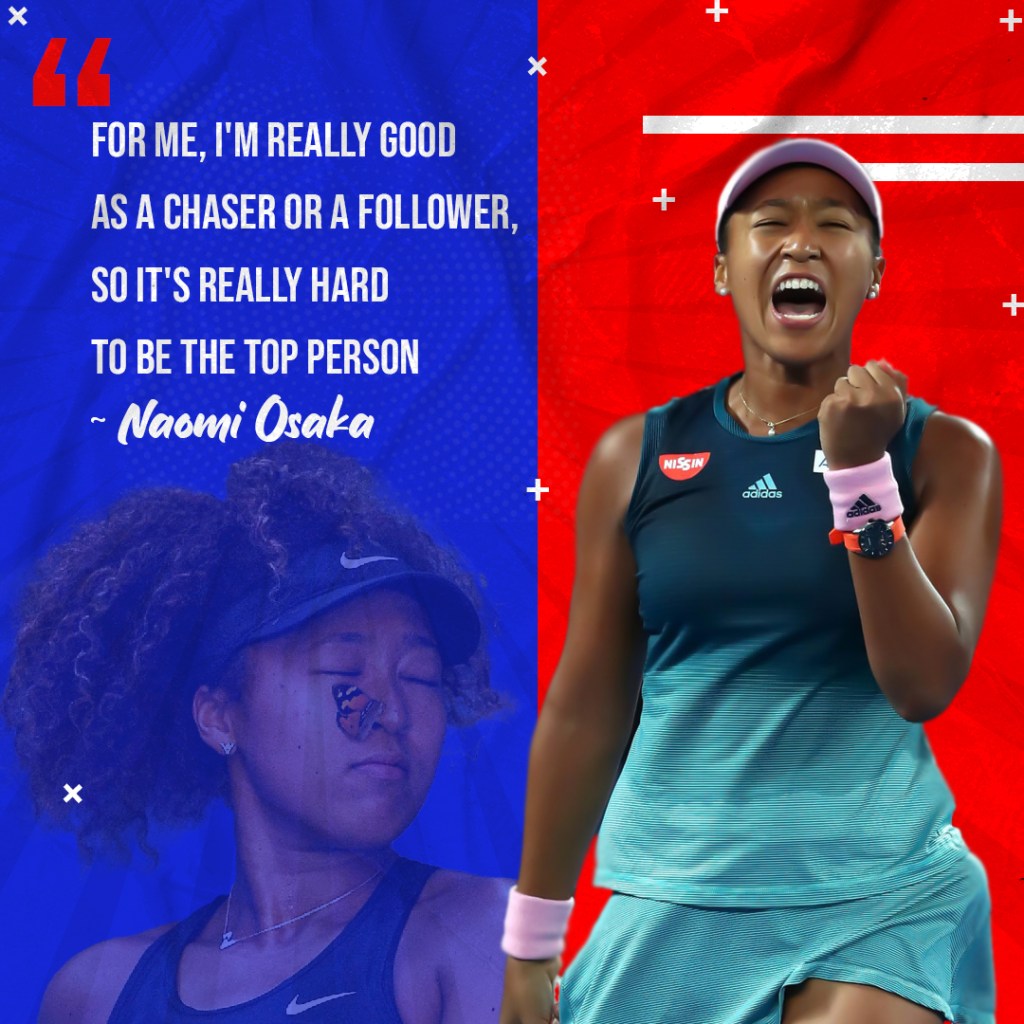 ‘I don’t know. I just felt like I was very lost. ‘Cause I was just so focused on winning.’ ~ Naomi Osaka 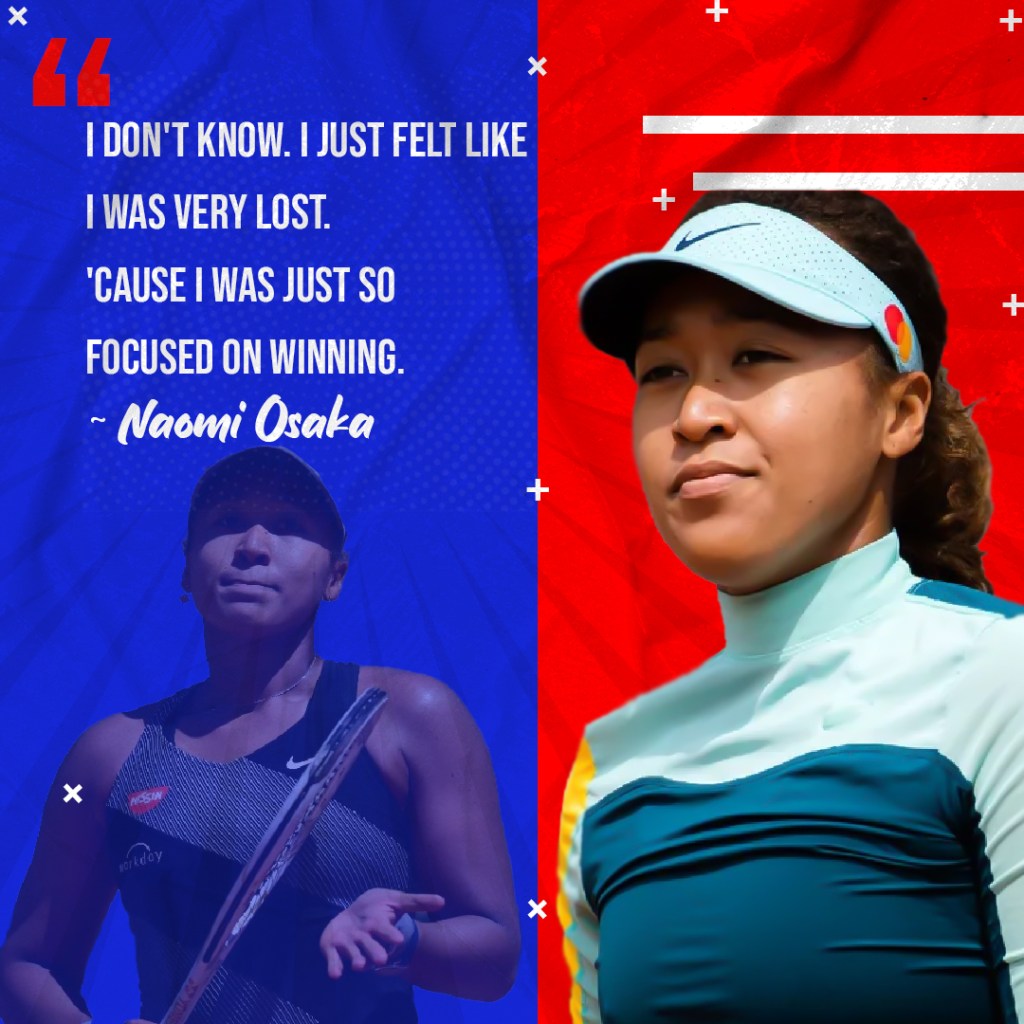 ‘For so long, I’ve tied winning to, like, my worth as a person.’ ~ Naomi Osaka 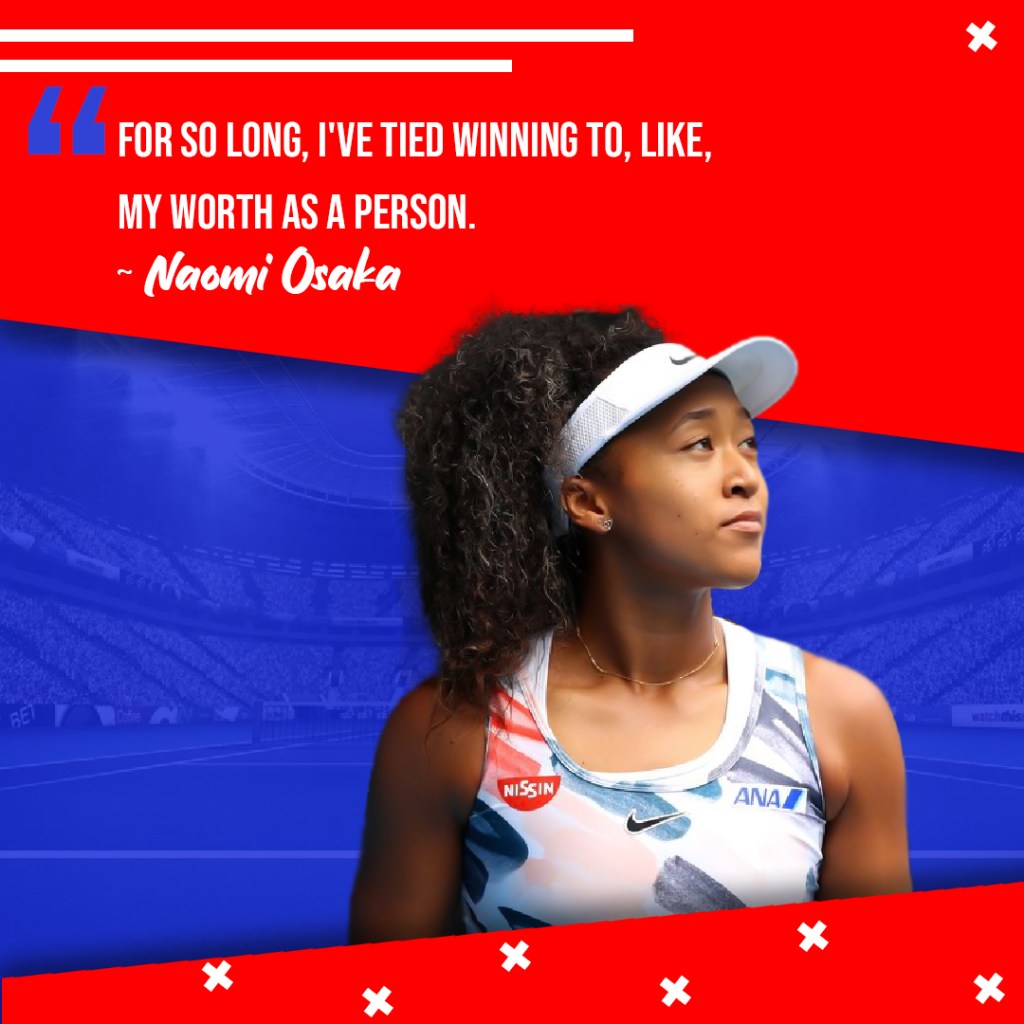 ‘I moved away from my family for work. And there’s nothing I regret about it. I feel like that’s also a process of growing up, but at the same time, you know, sometimes I feel lonely.’ ~ Naomi Osaka 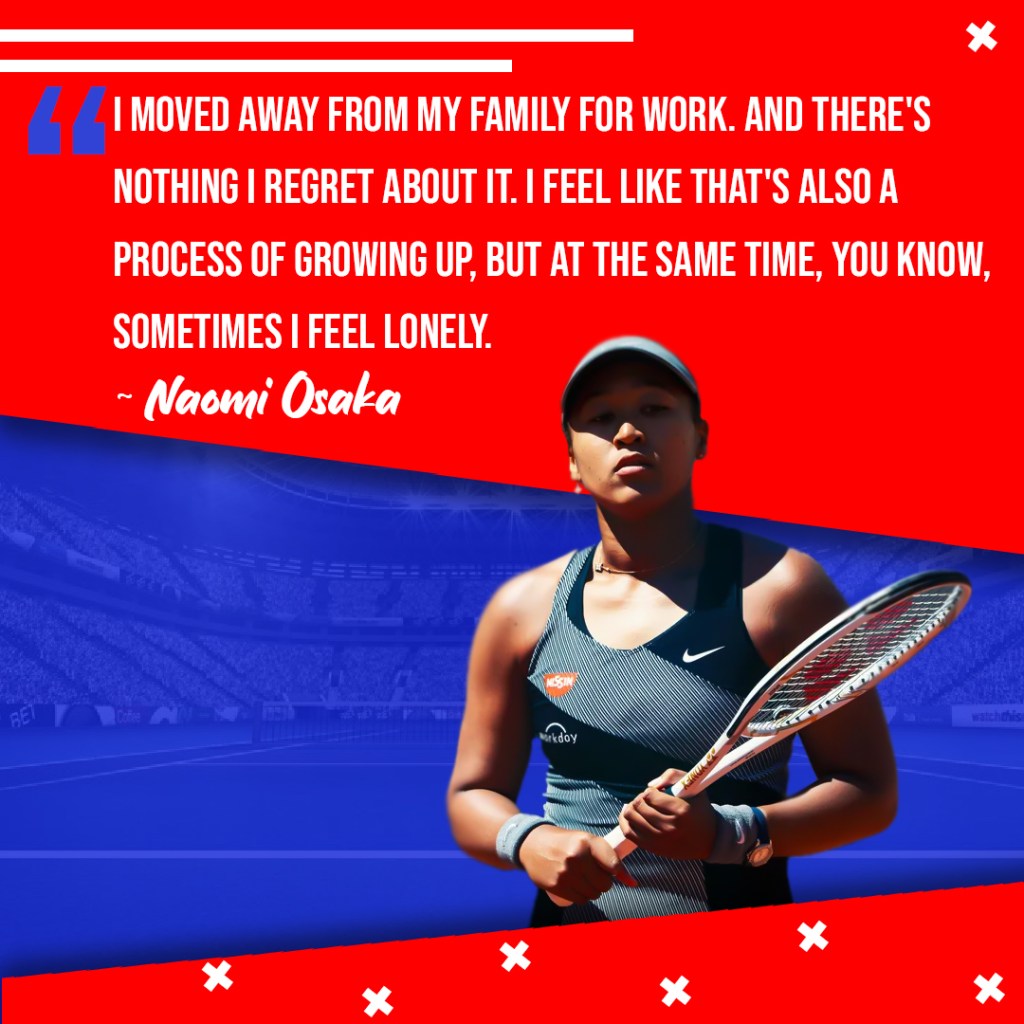 ‘When she won the US Open, it was a very good feeling. Having that dream and to see it become reality. But it’s funny that in a couple of days after, it’s like, “Let’s go back to work.” Because the next tournament, it starts all over again. Now it’s about “Was it a fluke?” or, you know all these people, “Ah, it was just luck.” So the player has to prove themselves again and again and again.’ ~ Leonardo François. 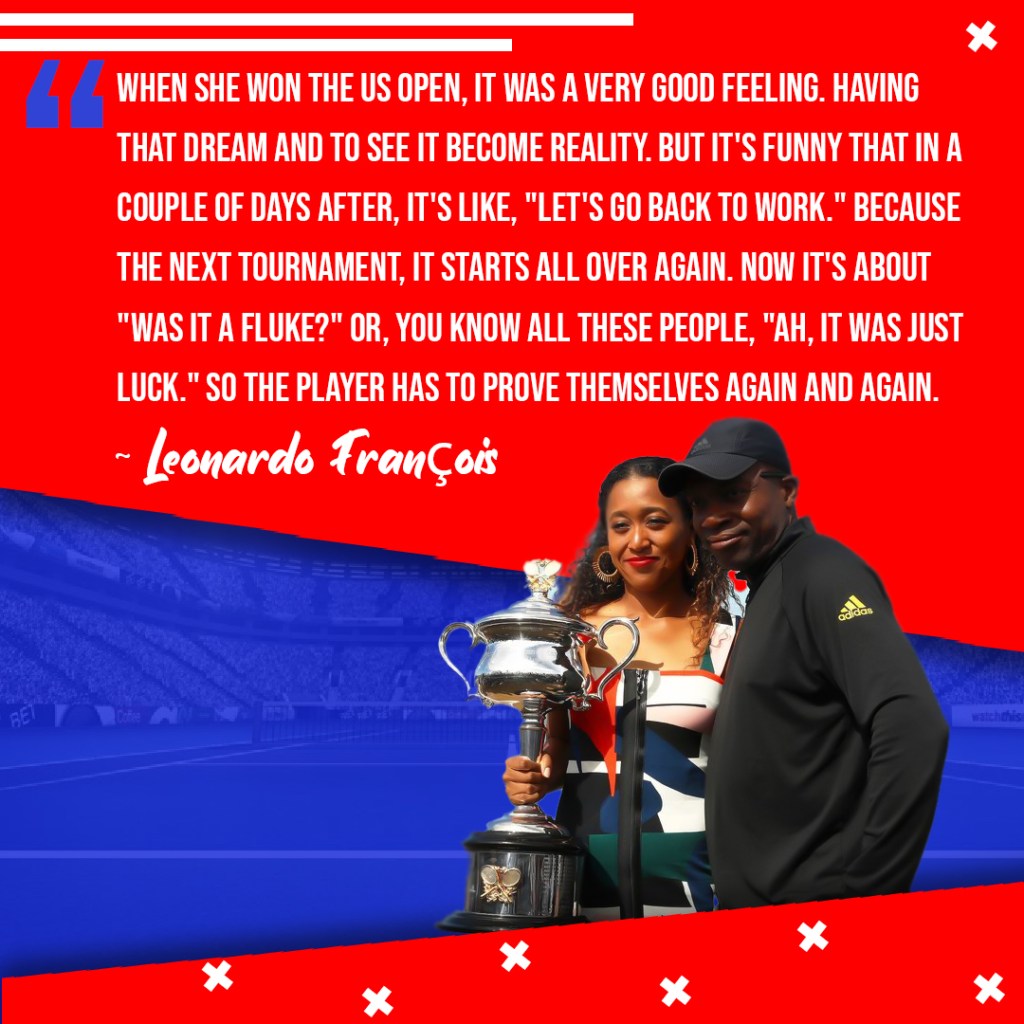 ‘When I shook her hand, I saw that she was kinda tearing up a little, and then it reminded me how young she was. I felt like the amount of media on her right now is kind of insane for her age, for me, I just thought about what I wanted her to feel leaving the court. I wanted her to have her head high, not like, walk off the court sad.’ ~ Naomi Osaka 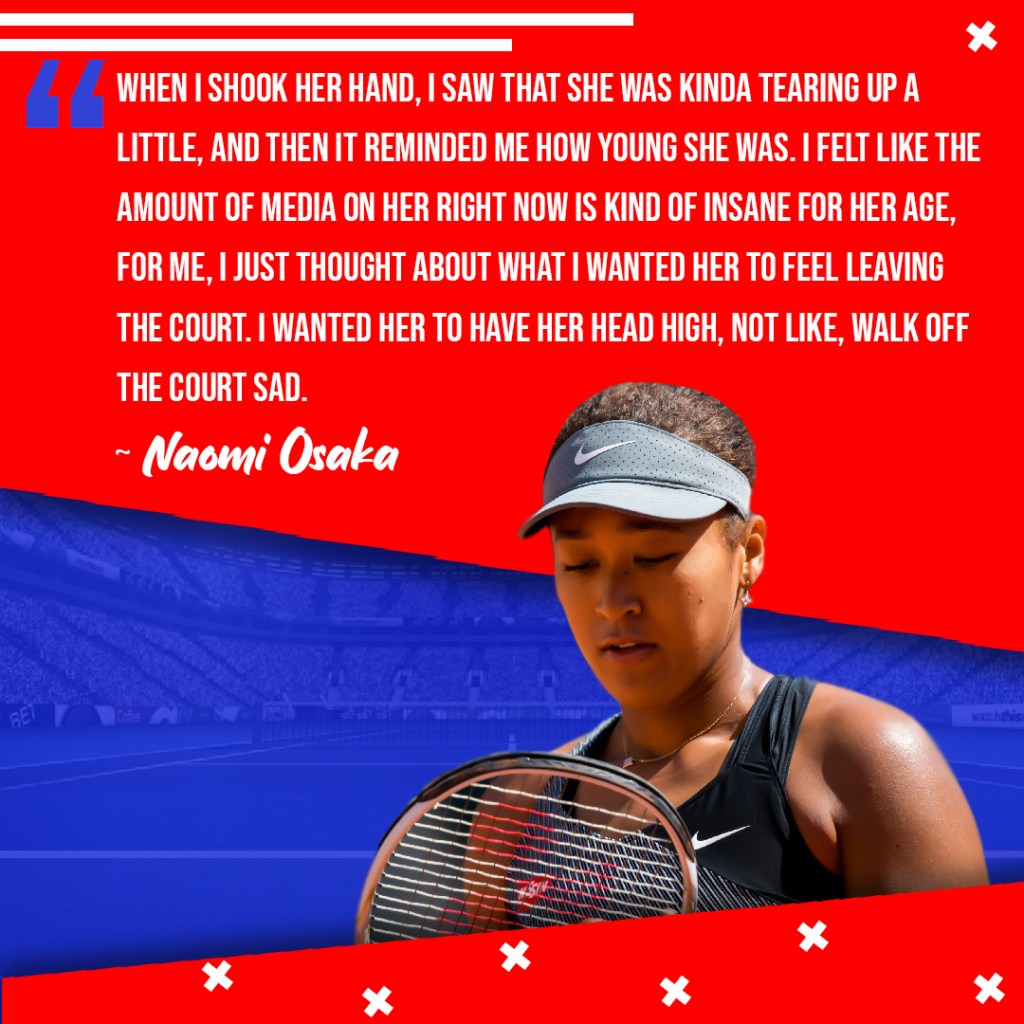 ‘I think I’m blunt, but not on purpose. It also comes with being home-schooled and not really having interactions with other people.’ ~ Naomi Osaka 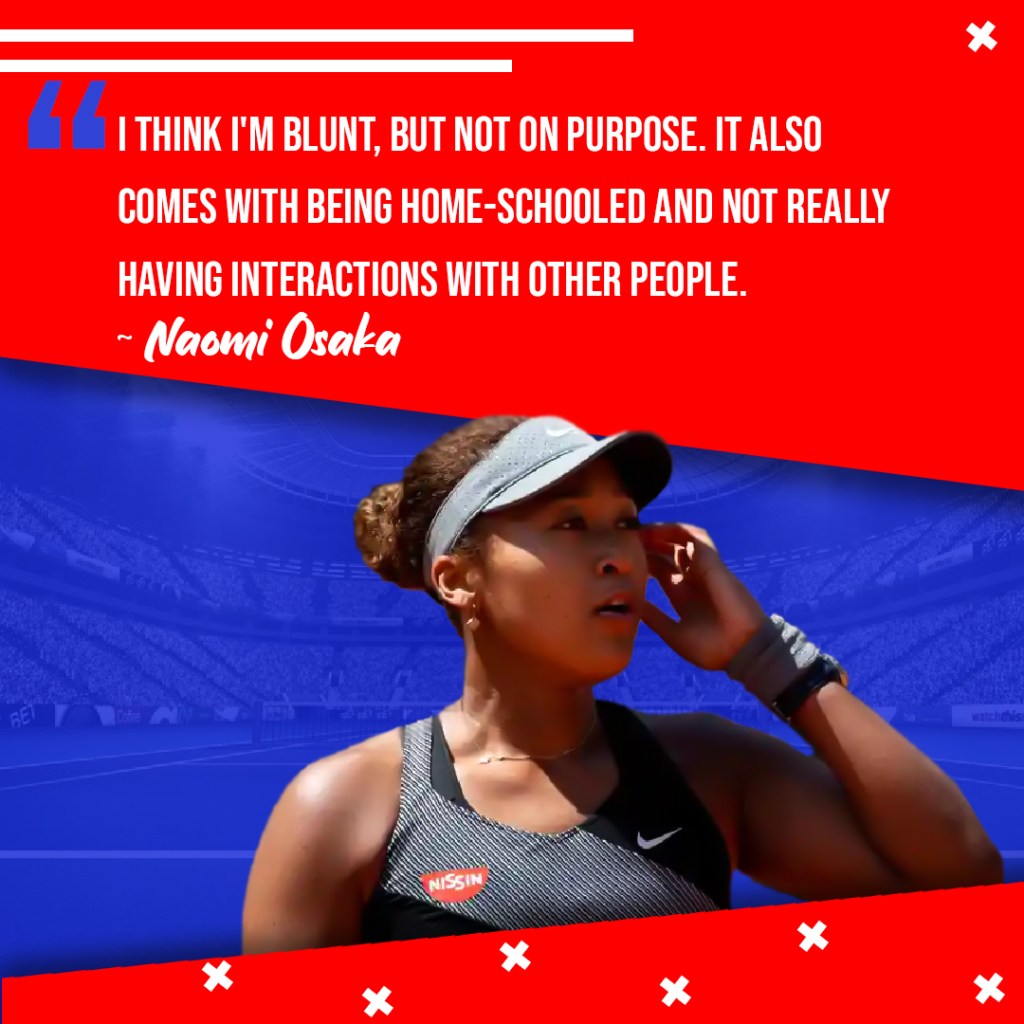 ‘Life is always going to present you with challenges, and it is truly up to you to meet those challenges with strength and wisdom. You will make false steps. But that doesn’t mean that you’ll be defined by them.’ ~ Abdul Sillah. 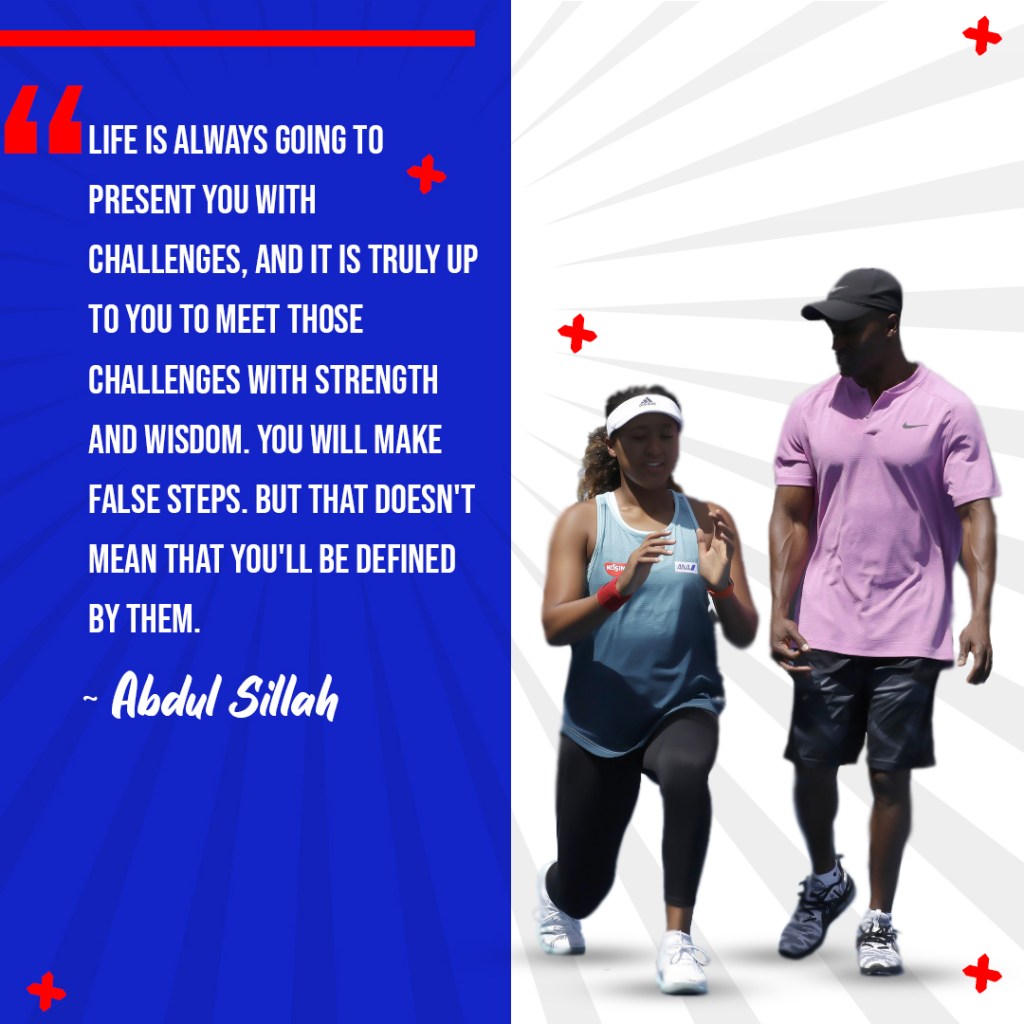 ‘Most of the players, they come and they’re happy to win a round. Others will be super happy to make it to the quarterfinals. But, Naomi’s here to win, and everything outside of winning will be a disappointment.’ ~ Wim Fissette 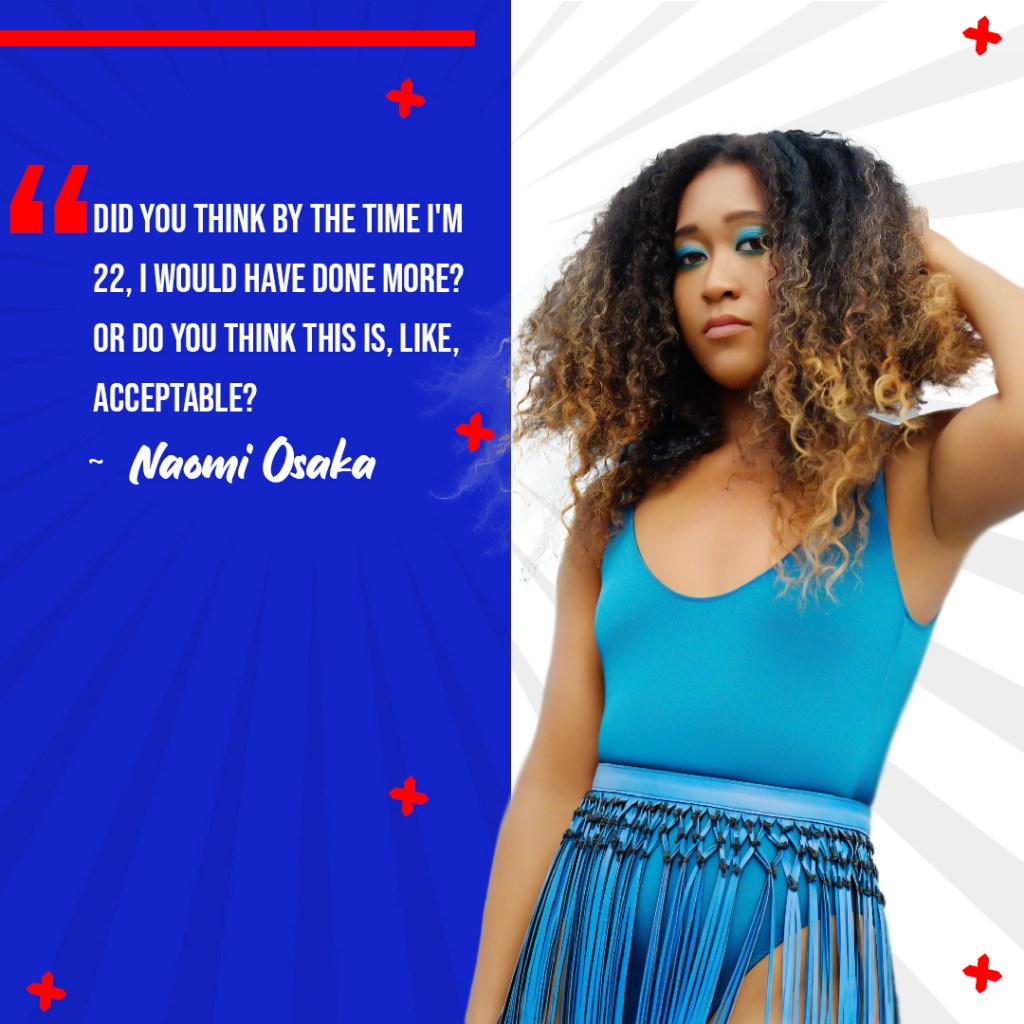 ‘Did you think by the time I’m 22, I would have done more? Or do you think this is, like, acceptable?’ ~ Naomi Osaka 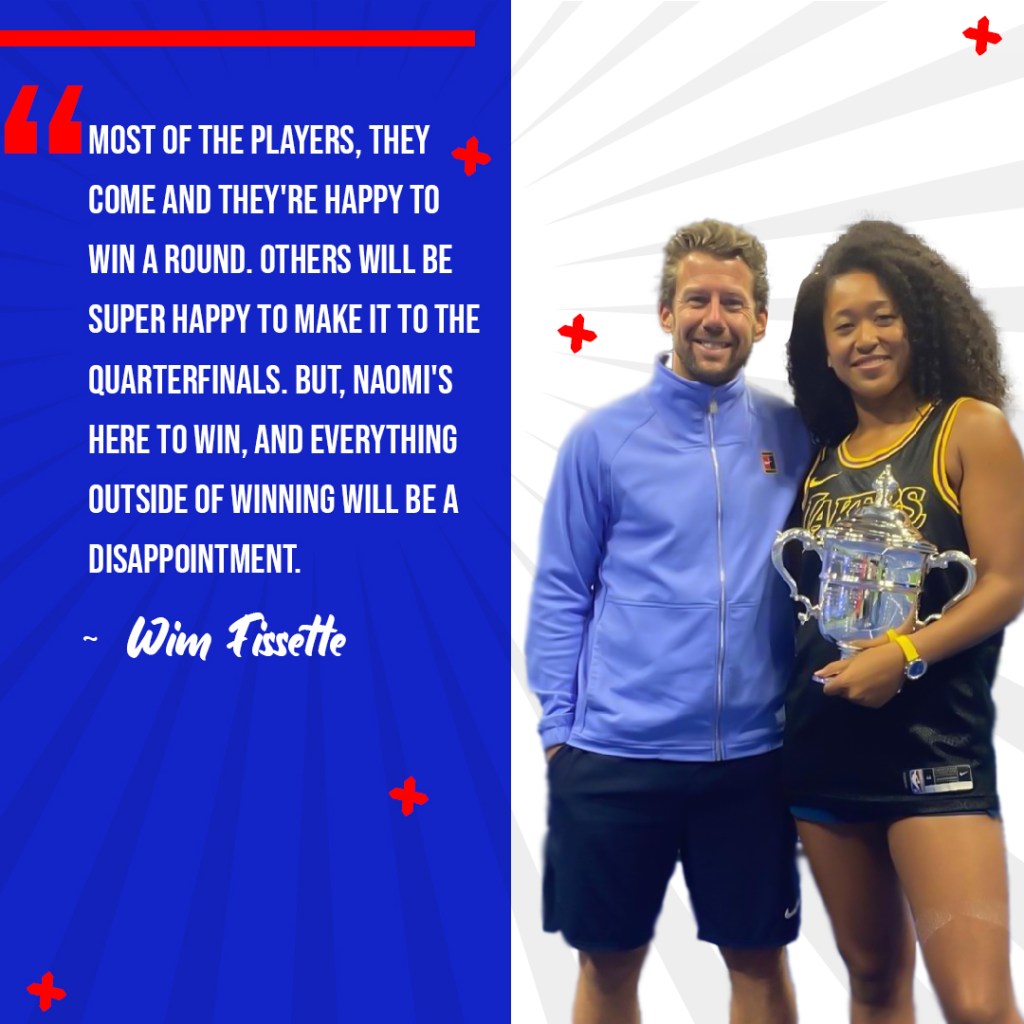 ‘The death of Kobe was a real thing that upset her. The way she grieved, she was very, very sad for a while. And then, what happened at Spain, she wasn’t there. She was there in body, but she wasn’t there in spirit and mentally.’ ~ Stuart Duguid 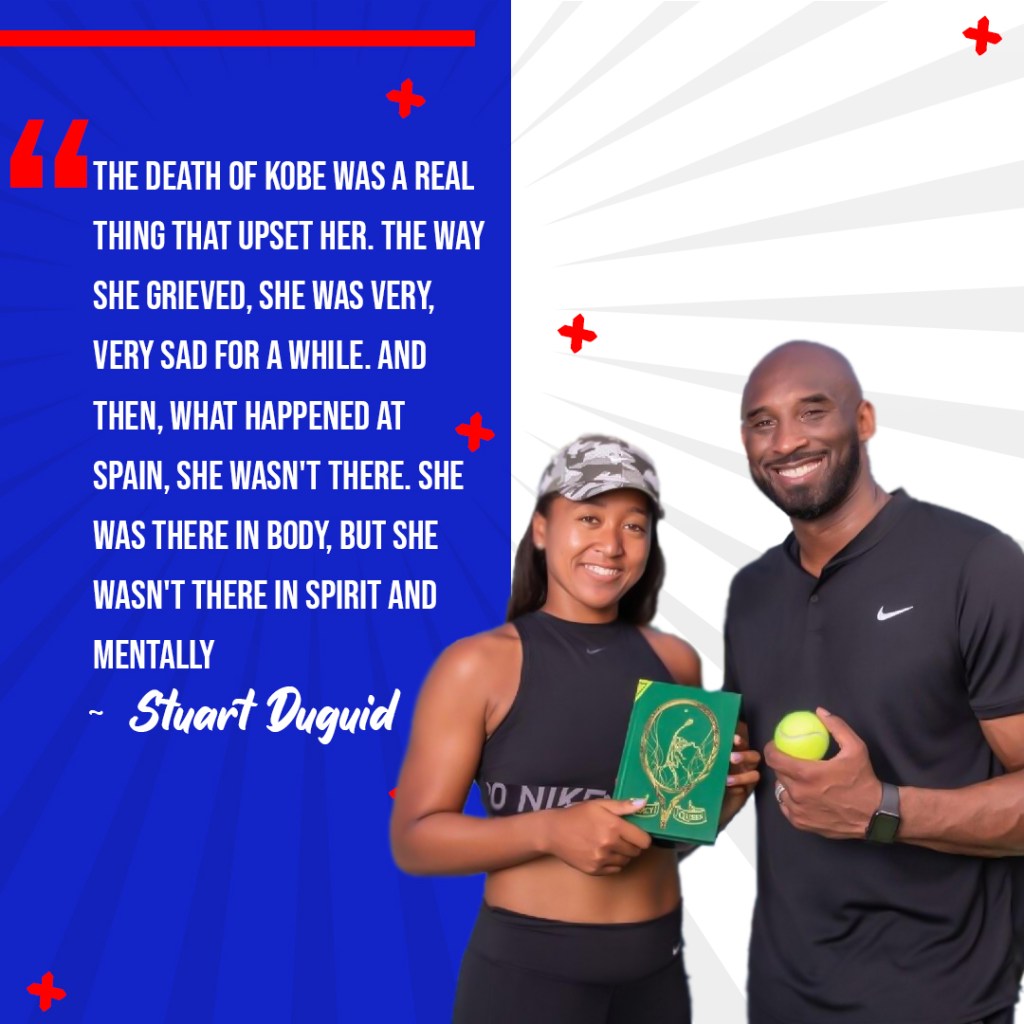 ‘And I’m supposed to be, like, this, you know, a silent, good person or whatever and just maintain the image.’ ~ Naomi Osaka 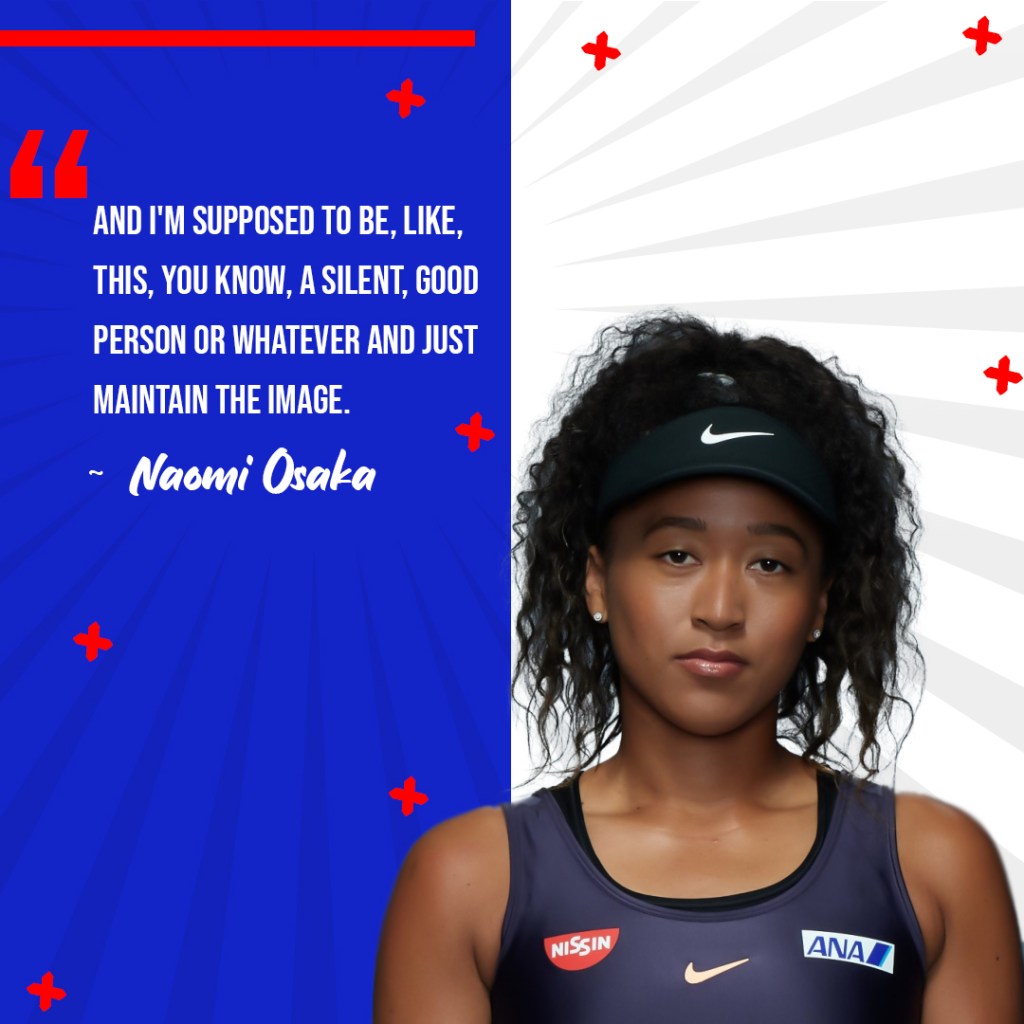 ‘It’s different being aware and being present.’ ~ Naomi Osaka 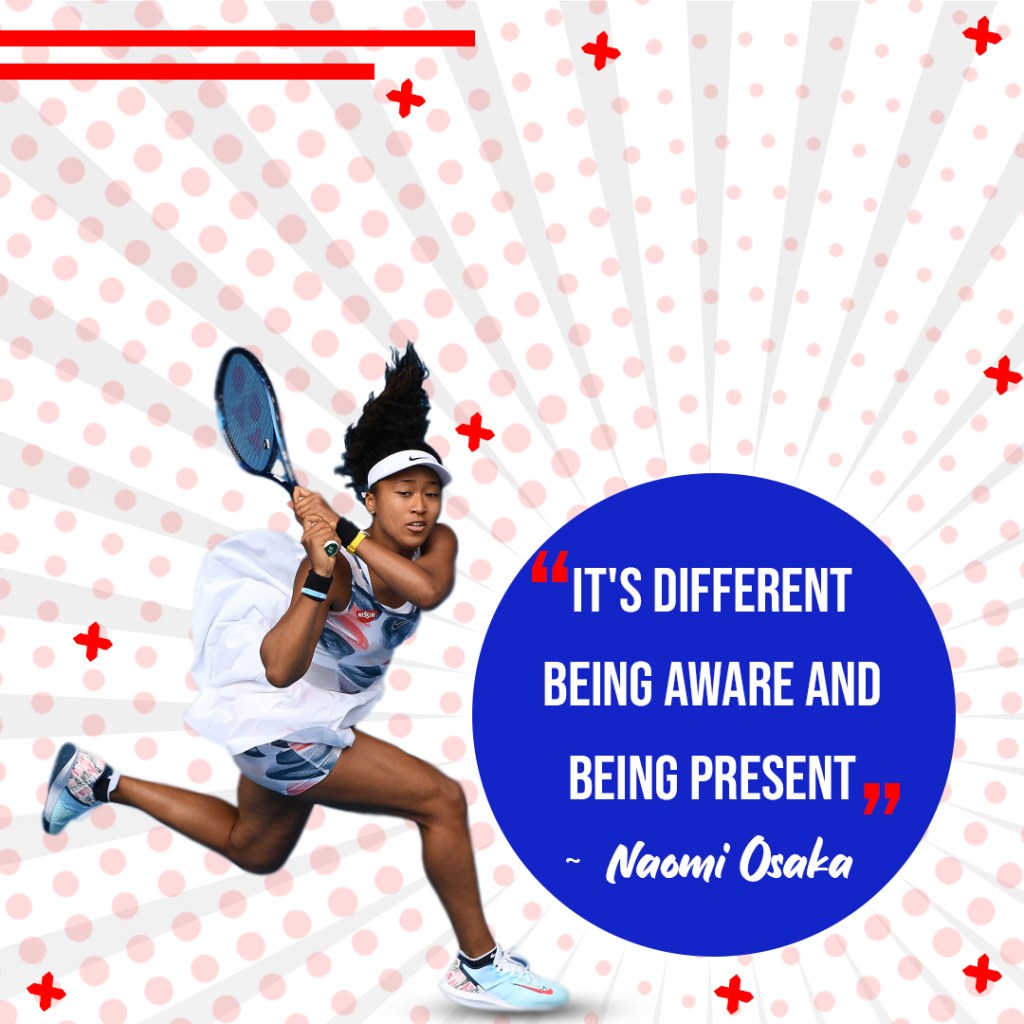 ‘I’ve been always following people, like, sort of following blueprints of people. And now I feel like I didn’t really find or, like, see a lane or a path that I liked, and I was at a standstill. And then I found that you have to make your own path.’ ~ Naomi Osaka 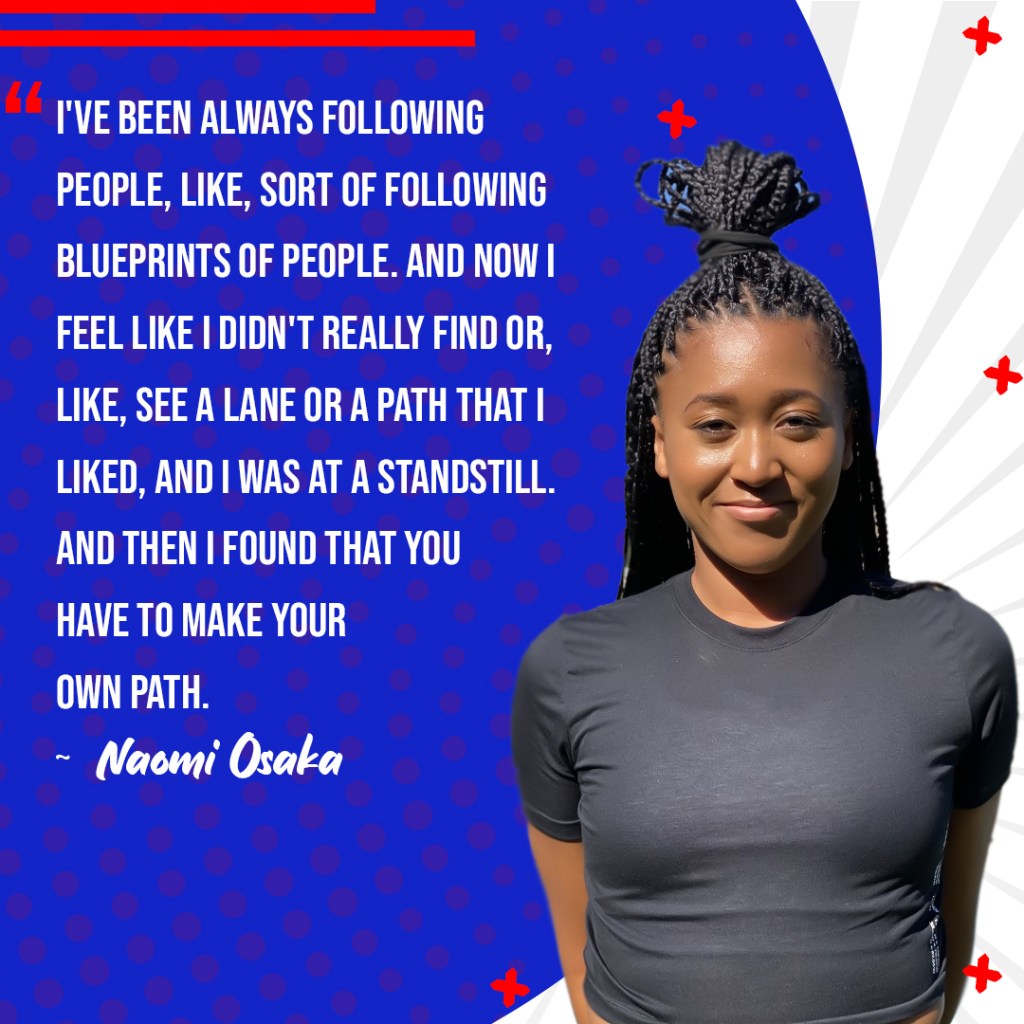 ‘And honestly, I feel like I’m too far down this path to even, like, wonder what could have been.’ ~ Naomi Osaka 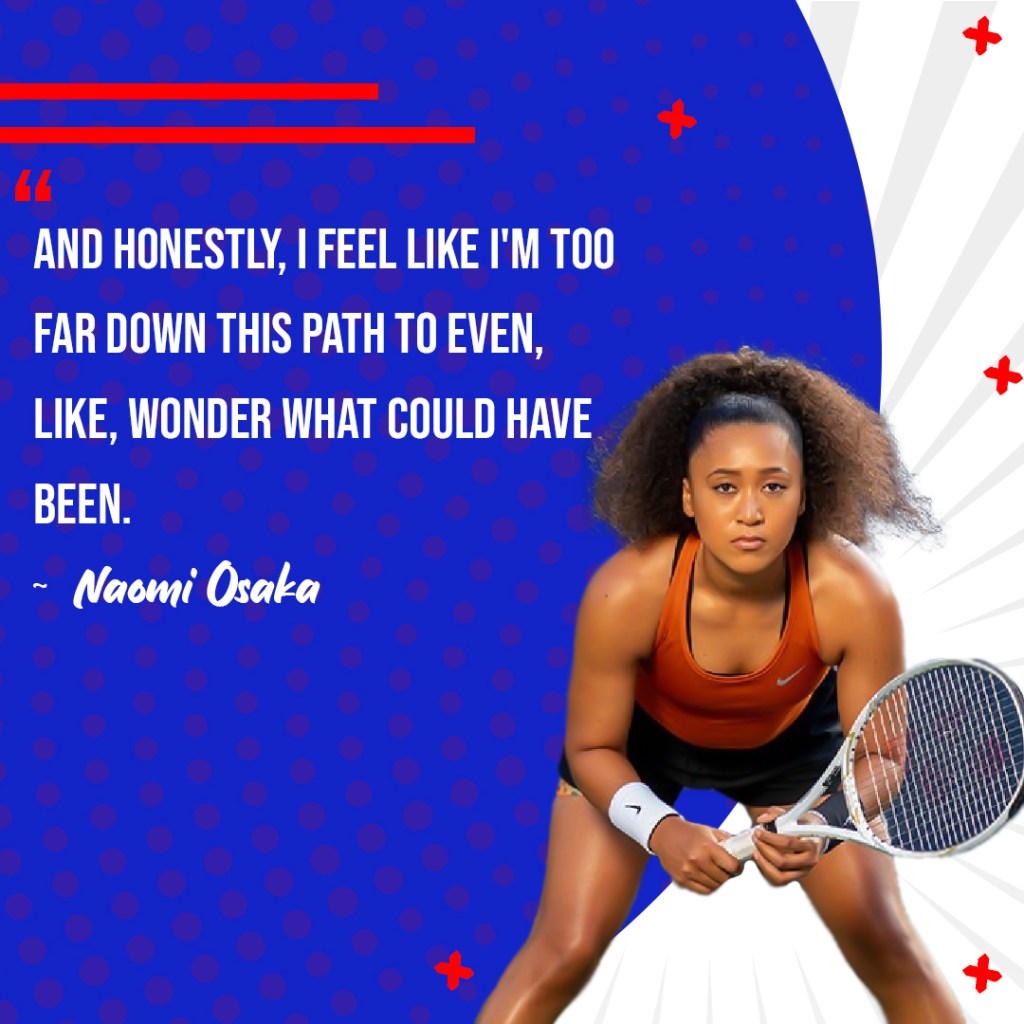 ‘So many people have told my dad that I would never be anything. I just started writing a list of all historic things that I could possibly do, and for me, being the first Japanese person to win a Grand Slam was, like, at the top of the list.’ ~ Naomi Osaka 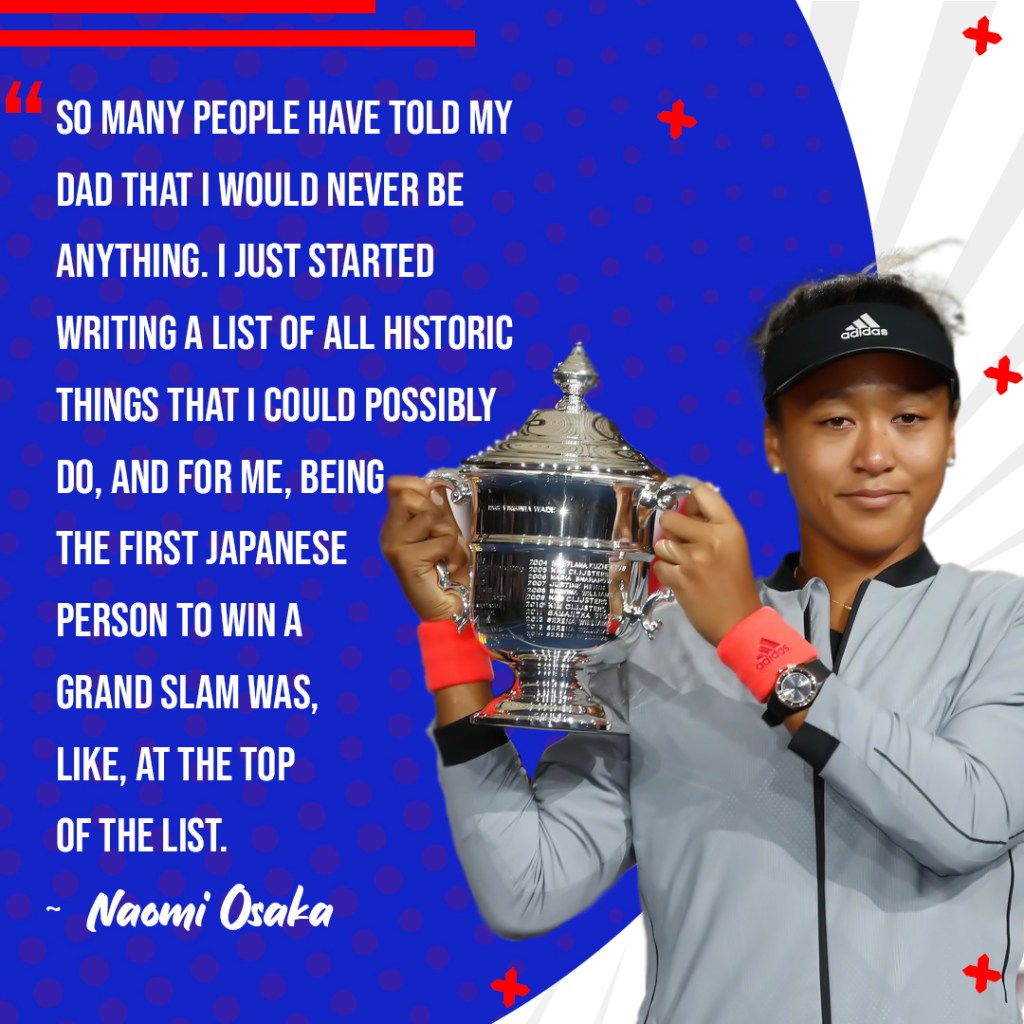 No one really knows all the sacrifices that you make…just to be good. ~ Naomi Osaka. 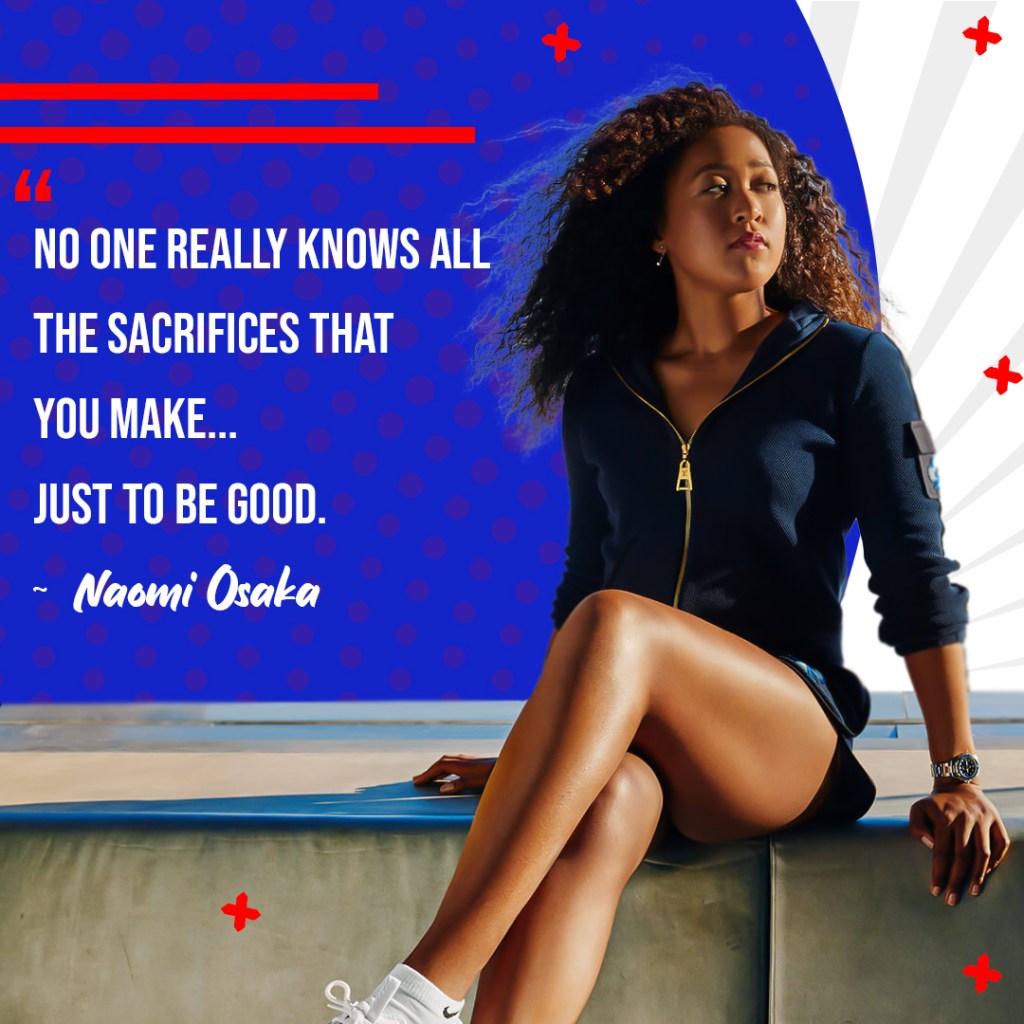 Naomi Osaka: From a shy youngster to a global voice.

5 reasons why you should watch Netflix’s “Naomi Osaka”

12 Athletes who have spoken about their struggles with mental health