All of us believed in magic when we were young. We wanted to experience that magnificent life which everybody spoke about but nobody had visited. In our search we looked with awe at anyone who could introduce us to the other world.

Wideroe Norway – An aviation brand based out of Norway successfully enlightened many of those childhood memories which we forgot to think about in this busy world.

The TVC begins with a child begging his grandfather to do something, but what the grandfather does isn’t shown until the very end. The child keeps begging the old man to repeat the act. Finally, after all the pleading, the action of the Grandfather is revealed. 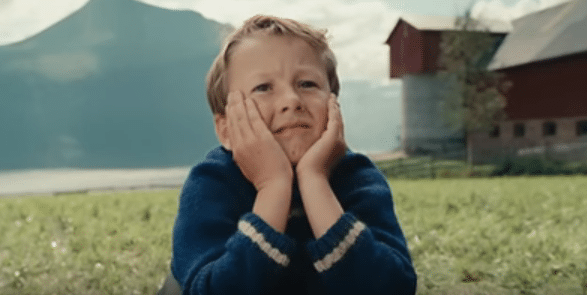 In less than a minute, McCann Oslo (The Ad Makers) linked the key feature of the product – All over Norway. All the time,  to human emotions which will make it impossible for the viewers to forget about Wideroe.

The TVC is almost 4 years old now and it has not turned stale at all. Ads like these confirm our faith in the longevity of good commercials. I had never heard about Wideroe Norway before, but this ad not only established its presence in my mind but also made sure that I never let it leave.

If I ever go to Norway, I know which flight I’ll take.

A delightful ‘Journey’ by Mercedes