Sean Dyche’s Burnley side might come across monotonous by the virtue of their playing style, but there’s no denying that his methods are efficient and brings stability, which is particularly crucial for a club with resources and commercial might as limited as Burnley’s compared to their other Premier League counterparts. At least for now, the club will be more than happy for that to continue. Here are Burnley’s official Club Partners going into the 2021-22 season.

Following are the companies and organisations that are enjoying a strong branding presence across Burnley’s physical and digital assets. 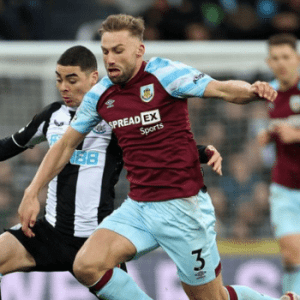 Spreadex Sports is a British company offering financial and sports spread betting and sports fixed-odds betting. It was announced as the new front-of-shirt sponsor for Burnley’s matchday kits in July 2021 in a one-year deal covering the 2021-22 season.

The Makati, Philippines-headquartered online gambling company has been the club’s Official Asian Betting Partner since September 2020. Previously, it also served as the principal sponsor of the club between 2016 and 2018, with its logo emblazoned on the front of Burnley’s matchday kits. 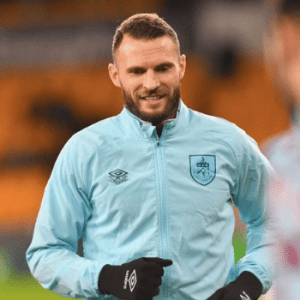 Burnley signed a three-year deal with Manchester-based kit supplier Umbro in July 2019. The deal came at the back of the Clarets ending their long-term partnership with Puma, who was their official kit supplier since 2010. Umbro’s distinctive double diamond logo returned on the Bunrley kits for the first time since the 1980-81 season. 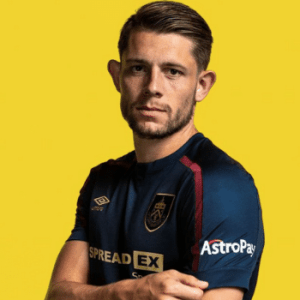 The Chinese video-sharing social media platform was announced as an Official Partner of the club in July 2021, when the club struck a deal to have their women’s team’s matches broadcast live on the platform, becoming the first club to have such an agreement.

The British energy company was announced as the Official Energy Partner of the club in a deal covering the 2021-22 season in August 2021. As per the deal, Utilita becomes the official sponsor of the Jimmy McIlroy Stand at the club’s home ground, Turf Moor, as well as the front-of-shirt sponsor for their junior retail kits.

Covering both the men’s and the women’s teams of the club, the deal is set to see Pulseroll’s “cutting-edge percussion-based” recovery technology made available to the club’s first team, U23s and U18s. Exclusive discount on Pulseroll’s products is also available to Burnley’s supporters who are part of their Clarets+ membership scheme.

The Burnley-based bathrooms and plumbing service provider has been the proud sponsor of the main stand at Turf Moor, Burnley’s home ground, since 1996.

The Sidcup-headquartered British sports drink and hydration expert serves as the Official Nutrition Partner to Burnley since December 2019. In partnership with iPRO, Burnley also launched a new gymnasium at The Leisure Box in Brierfield in January 2020 called the iPro Gym.

The Colne-based sporting goods store was signed by Burnley as their Official Fitness & Supplies Partner in October 2020 on a two-year deal. The deal sees Samba supply the club with specialist training aids and goals for all squads at their training ground, The Barnfield Training Centre.

The Tel Aviv-headquartered Israeli social trading and multi-asset brokerage company has been strengthening its presence in the European market over the last few years with football sponsorships. In September 2020, it announced new sponsorship agreements with twelve clubs across the UK and Germany, and Burnley were one of the clubs newly added to the eToro portfolio. Since then, eToro serves as the Official Trading Partner to the Burnley Football Club.

Burnley are one of many Premier League partners of Lagardère Sports – a Sports and Entertainment agency dedicated to delivering innovative solutions to its clients. Lagardère’s partnership sees one of its subsidiaries, Sportfive, serve as an Official Partner to the club.

The Slough, Berkshire-based market-focused software solutions and services provider serves as the Official Solutions Partner to the club.

The Louisville, Kentucky-headquartered global pizza takeaway franchise was announced as an Official Partner of the club in December 2021.