Having started their journey as Delhi Dynamos, Odisha FC came into existence in 2019 after the club decided to rebrand themselves and change base to Bhubaneswar.

Nicknamed the Kalinga Warriors, the club have a promising future ahead with multiple long-term partnerships aimed at developing the game at the grassroot levels. They have Raj Atwal, former commercial head of Rangers, Watford, and Coventry City, who currently serves as the club’s president, while also having an international club partnership with Premier League side Watford. 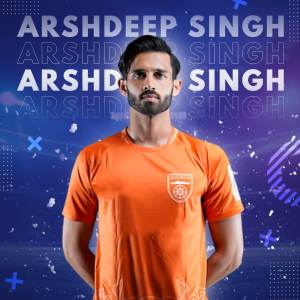 Arshdeep Singh started his career at the AIFF Elite Academy before signing up for Minerva Punjab in the I-League 2nd Division in 2015.

After spending four seasons with the Mohali-based club in the I-League 2nd Division and the I-League, Singh was roped in by Odisha FC in the team’s inaugural season in the ISL in 2019. 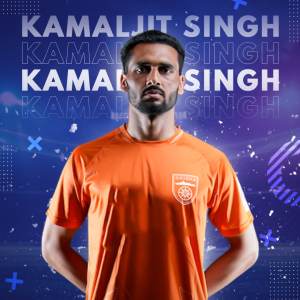 Another member of the AIFF Academy, Kamaljit made his senior team debut with Sporting Clube de Goa in the Durand Cup in 2014.

After two seasons with the Goan club, Singh moved to Minerva Punjab in 2017 before switching from the I-League to the ISL the same year, signing up with Pune City. Following two years with the Pune team, Singh moved to Hyderabad FC in 2019 and spent a season with the Nizams before moving to Odisha FC in 2020. 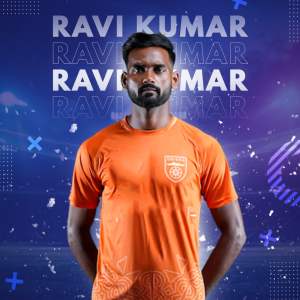 Graduate of the Tata Football Academy, Kumar made his professional debut with Indian Arrows in 2011. After two seasons with the Arrows, Kumar signed up with Sporting Clube de Goa in 2013. During his tenure with the Goan I-League team, Kumar spent time on loan with Delhi Dynamos and Minerva Punjab.

Kumar made a permanent move to the ISL in 2017, signing for NorthEast United, but he spent only a season with them before moving to Mumbai City FC, where he spent two years. Ahead of the 2020-21 season, Kumar was roped in by Odisha FC on a two-year deal. 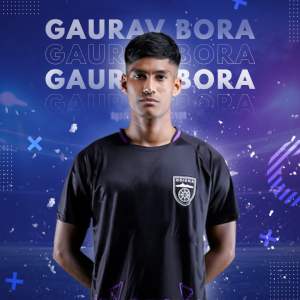 After spending his youth career with the Pune City Academy, Bora made his professional debut with Chennai City in the I-League in 2017. The youngster spent two seasons on loan with Chennai City and his promising performances earned him an ISL move in 2019, when the newly-rebranded Odisha FC signed him on a long-term deal. 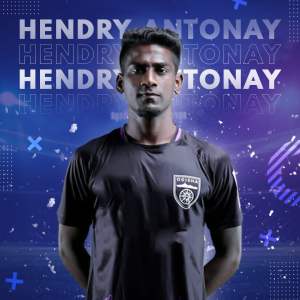 Bangalore-born Antonay graduated from the AIFF Elite Academy in 2018 and made his senior debut the same year with ISL team Chennaiyin. Antonay also represented the Chennaiyin B team in the I-League 2nd Division.

During his second season with Chennaiyin, Antonay spent a year on loan with Indian Arrows. Following the completion of his loan spell, Antonay was signed by Odisha FC in 2020.

Antonay was also a member of the India U17 squad for the FIFA U17 World Cup.

Spanish defender Mongil started his career in the youth setup of Real Valladolid before making his debut with the Valladolid B team in 2010. Mongil made the move to the senior team the following year.

Mongil move to Atlético Madrid in 2012, where he spent two seasons with their B team. He moved to Alcoyano in 2014 and spent two years with the Segunda División B side. Mongil spent year-long spells with Mérida, Pontevedra, Levante B and Georgian side Dinamo Tbilisi between 2017 and 2019 before moving to the ISL in 2020. Mongil joined ATK in 2020 and won the title with the Kolkata team before moving back to Dinamo Tbilisi for the following season.

Ahead of the 2021 season, Mongil was signed by Odisha FC. 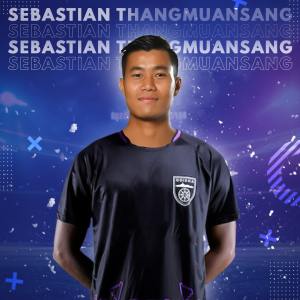 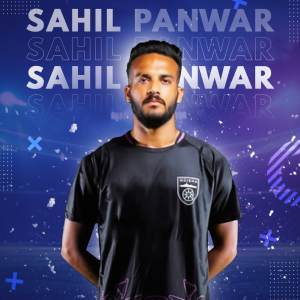 Another member of the Pune City academy, Dehradun-born Panwar made his professional debut with the Pune City senior team in the ISL in 2018. 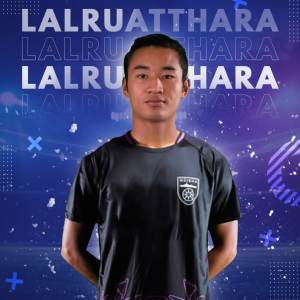 Lalruatthara was a member of the Chandigarh Football Academy and Aizawl-based Luangmual Youth Academy, graduating in 2013.

Lalruatthara signed for Mizoram-based club Chanmari in 2013 but made his professional debut in 2015 with Aizawl. During his two-year spell with Aizawl, Lalruatthara spent a season on loan with ISL side Delhi Dynamos before making a permanent switch to the ISL, signing for Kerala Blasters in 2017.

After four seasons with the Kerala side, Lalruatthara signed for Odisha FC in 2021.

Veteran Spanish defender Rodas started his career at the youth setup of Levante in 2005 before making his professional debut in 2007 with their B team. Rodas made the move to the senior Levante team in 2009 and spent six seasons with the LaLiga team before moving to Real Betis in 2015. After a season with Betis, Rodas moved to Córdoba for a two-year spell. He then moved to Belgium in 2017, signing for Cercle Brugge and spent a season with them before shifting back to Spain with Alcorcón. After a season with Alcorcón, Rodas spent two years with Cultural Leonesa before signing a year-long deal with Odisha FC in 2021. 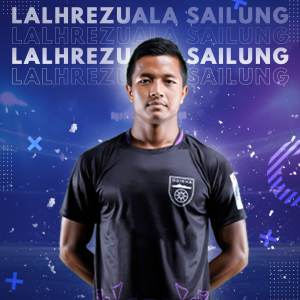 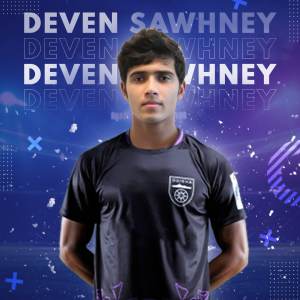 Member of the Aspire Academy in Doha, Sawhney joined the Odisha FC set up after impressing in the India U19 trials.

After spending time with the Odisha U18 team, Sawhney was called up to the senior squad in October 2021. 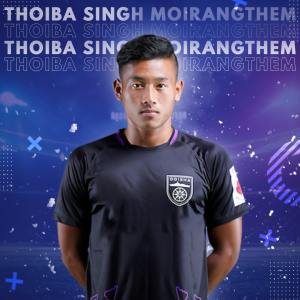 18-year-old Singh started his career with Minerva Punjab in 2018 and spent two seasons with the I-League club before signing for Odisha FC in 2020. 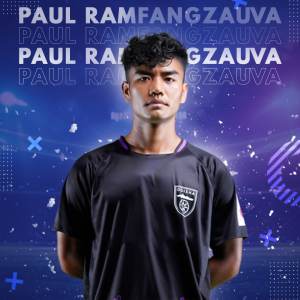 Member of the Aizawl Youth Academy, Ramfangzauva made his senior debut in 2018 with Aizawl in the I-League.

After two seasons in the I-League with Aizawl, Ramfangzauva moved to the ISL with Odisha FC in 2020 on a multi-year deal. 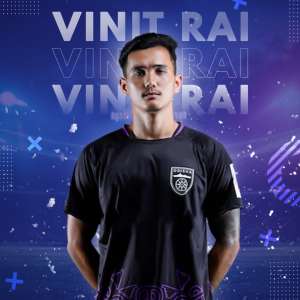 One of the three captains of the current Odisha side, Rai spent his youth career with Tata Football Academy and Dempo FC before making his professional debut in 2014 with Dempo in the I-League.

Rai spent two seasons with the Goan club in the I-League before moving to ISL side Kerala Blasters in 2016. The following season, Rai was signed by Delhi Dynamos, who retained the midfielder after rebranding to Odisha FC. 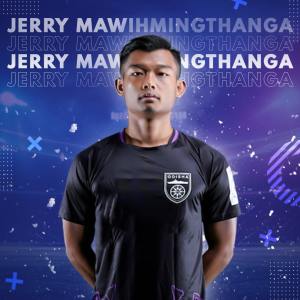 A graduate of DSK Shivajians, Jerry made his professional debut in 2016 with the Pune side in the I-League.

The winger moved to Jamshedpur FC in 2017 and after spending two seasons with them, he was signed by Odisha FC in 2019. 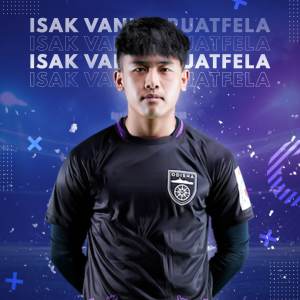 Mizoram-born Vanlalruatfela was a member of the Bawngkawn LC and Bengaluru FC youth systems from 2016 to 2018.

Vanlalruatfela made his senior team debut with Aizawl in 2018 in the I-League and after two years with the I-League side, he was signed by Odisha FC in 2020. 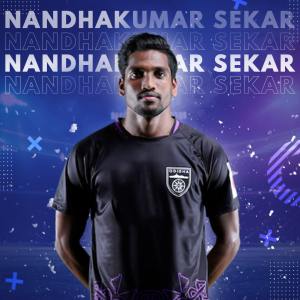 Hailing from Tamil Nadu, Sekar made his debut with Chennai City in 2017 in the I-League. The same year, he was signed by ISL side Delhi Dynamos with whom he spent two seasons until they rebranded to Odisha FC but kept the winger in the squad. 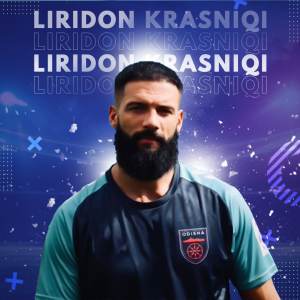 Born in Yogoslavia, Krasniqi spent his youth with 1. FC Nürnberg, Slavia Prague and Mladá Boleslav before making his senior team debut with Mladá Boleslav in 2011. Limited opportunities with the Czech club meant Krasniqi had to leave, and he inked a deal with Turkish club Ankaraspor. During his time with Ankaraspor, he had a loan spell with Fethiyespor.

Krasniqi moved to Malaysia in 2015, signing up with Kedah, and spent four seasons with them before moving to Melaka United and Johor Darul Ta’zim in the following two seasons. In August 2021, Krasniqi joined Odisha FC on a season-long loan from Johor. 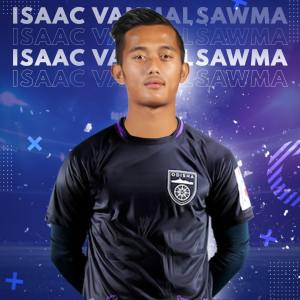 After two seasons Lajong, Vanmalsawma moved to the ISL with Pune City. He spent a couple of years with Pune before signing for Chennaiyin in 2018, and after a season with the Chennai franchise, he moved to Jamshedpur FC for two seasons.

Ahead of the 2021-22 season, Vanmalsawma signed for Odisha FC.

Another Spanish veteran, Hernández spent his youth career with CDF Pizarrales, Salamanca and Real Madrid before making his professional debut in 2008 with the Real Madrid B team. After three seasons with Los Blancos, Hernández signed for Salamanca in 2011, with whom he spent two seasons.

Hernández spent a season with Ourense in 2013 before signing for Burgos on a season-long deal in 2014. He moved to Romania in 2015, spending a season with Poli Timișoara before moving to Poland with Górnik Łęczna. He spent a season in Azerbaijan with Gabala before moving to India with ATK in 2019. He won the ISL title with ATK and spent two seasons with the Kolkata team before signing for Odisha FC in 2021 on a year-long deal.

The Kalinga Warriors will hope the Spanish veteran brings all his experience to help them fight for the silverware. 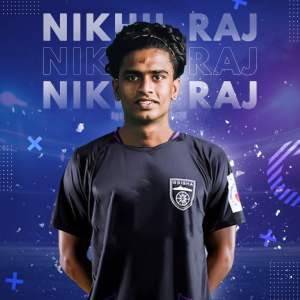 A member of the Roots Football School in Bangalore, Raj began his career with Kickstart FC in the I-League.

The 20-year-old spent three seasons with Kickstart FC between 2017 and 2020 before moving to Indian Arrows in 2020. After a season with the Arrows, Raj re-joined Kickstart FC.

In August 2021, Raj was loaned out to Odisha FC on a season-long deal. 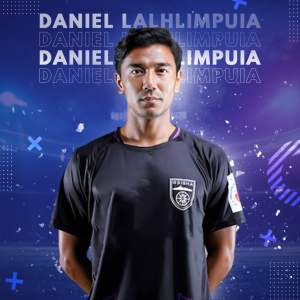 A graduate of the Chandigarh Football Academy and the AIFF Elite Academy, Lalhlimpuia made his senior debut with Bengaluru FC in 2015 in the I-League.

Lalhlimpuia spent a season on loan to Chennaiyin during his time with Bengaluru in 2016 before signing for Delhi Dynamos in 2018. Lalhlimpuia stayed on with the club as they rebranded themselves to Odisha FC in 2019. 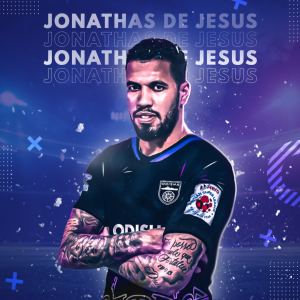 Brazilian striker Jonathas started his youth career in 2000 with Cruzeiro and graduated from the AZ academy in 2006. Jesus made his senior team debut with Cruzeiro in 2006, and during his two-year stint with them, he had loan spells with Ipatinga and Villa Nova.

Jonathas signed for Dutch club AZ Alkmaar in 2009. He moved to Italy the following year with Brescia. After two years with Brescia, Jonathas moved to Pescara in 2012. The Brazilian moved to Spain in 2014 with Elche and the following season he signed with Real Sociedad.

Jonathas moved to Russia in 2016, signing a year-long deal with Rubin Kazan. He moved to Germany the following season, signing for Hannover 96, and after two years in Hanover, Jonathas spent short spells with Elche and Al-Sharjah in 2020 before signing a two-year deal with Odisha FC. 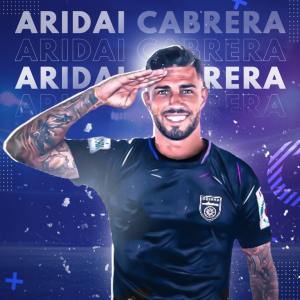 Veteran Spanish footballer Cabrera is a graduate of Universidad LP. He made his senior team debut with them in 2006. After three seasons with Universidad LP, Cabrera signed for Mallorca, where he spent two seasons with their B team.

Cabrera moved back to Mallorca in 2018 but this time spent time with the senior team, and after two seasons with Mallorca, he joined Las Palmas. In August 2021, the Spanish winger moved from Spain to India, signing for Odisha FC. 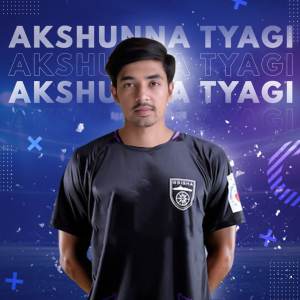 A graduate of the Mohun Bagan academy, 19-year-old Tyagi joined Odisha FC in 2019. He spent a year with the Odisha U18 team before signing for their senior team in 2020.