Every year whether new or old, FPL managers tend to get carried away with the social media hype around certain players. However, based on different variables ranging from fixture difficulty to their performances last season to any new information available on them prior to the first Gameweek, we bring you a detailed report on why you should avoid certain players for the start of the 21/22 FPL Season.

Although some of the below-listed players are vital to their respective teams, and play a significant role in maximising the potential of the systems deployed by their managers, at the end of the day FPL has its own metrics, and if you don’t keep yourself a step ahead of the competition you panic and join the hoard amidst the pressure to conform. So, to keep you up to pace, we bring to you the 5 Players to avoid for 21/22 FPL Season.

Please Note: Player ownerships are from the time of writing and are subject to change as we move closer to the deadline. 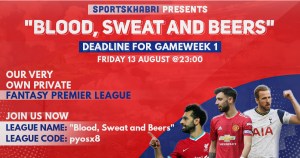 A gold medalist with Brazil at the Tokyo 2020 Olympic Games. The Brazilian is set to miss at least the first couple of Gameweek due to his international commitments, but there is more than one reason why we should exclude the Brazilian completely from our FPL squads.

Let’s take his numbers from the 20/21 season, Richarlison scored 123 points in FPL to go with his 7 goals and 6 assists under then-manager Carlo Ancelotti. The 24-year-old had 33 starts, took 2.4 Sh/90, created four Big Chances but most importantly, missed 10 Big Chances too.

With Rafa Banítez at the helm, the toffees are expected to play with a more defensive-minded approach this season, while priced at £7.5m in a system where Big Chances will be few and far between, his lack of incisiveness in front of goal and the overall quality of the Everton squad suggests the Brazilian isn’t one we should be gambling on.

The Leeds defender was FPL’s surprise performer last season. Dallas managed to score 171 points, outscoring the likes of Trent-Alexander Arnold and Andy Robertson. However, he did spend the majority of the season deployed in the midfield, which further boosted his attacking outputs.

Dallas managed to score eight goals and provided three assists last season as a defender, but will be deployed further up the pitch this season while last season his xG+A/90 was 0.17 with 1.27 Sh/90. And another positive for the managers is he played all the games for Leeds last season.

While based on all these factors Stuart Dallas has a 16.9% ownership, the most significant development has been his change in position. Dallas has been listed as a midfielder this season, and if he produces the same numbers as last season, the Leeds midfielder would miss out on 48 points just from clean sheets and goals scored as a defender. Bringing his overall points tally to 123 points – par for a 5.5m rated midfielder.

Soon to turn 30, once a vital cog in the Liverpool setup, Roberto Firmino’s inconsistency is what’s pushing most of the FPL managers away. From our side, I will advise you to look elsewhere and invest that £9.0m improving other areas of your team. To be fair to him, Firmino has scored more than 150 points every season since his arrival into the English Premier League – barring last season’s 145 points, his lowest points haul.

But when a player is priced as highly as him, you just expect better outputs from a player of his price, and for someone leading that Liverpool forward line. Firmino scored nine goals and provided 8 assists in 2837 minutes, Diogo Jota (£7.5m) in 1106 minutes scored nine goals last season. Another reason why the Brazilian produces these skewed numbers is down to him producing performances in patches. People who have followed Liverpool or Firmino in the past might agree to this point.

There has not been a single season where this hasn’t happened. Firmino would start his season by frustrating everyone for the first couple of months, hit a purple patch of 5-6 games where he’ll end up scoring 7-8 goals and assists, and then his barren run of 8-10 fixtures with no attacking outputs would follow suit. So to bank on a forward who is consistently inconsistent may cost you dearly in your FPL teams.

The Foxes’ talisman has scored 150+ points in each of his last six campaigns, crossing that 200 threshold twice. Jamie Vardy has always been someone who has defied odds, and his last season’s output (15 goals and 14 assists) earned him 187 points, simply outstanding for a 34-year-old striker.

But there are statistics which suggest his diminishing returns since the turn of the year are no fluke either. From 3rd January playing against Newcastle United to their last league fixture against Tottenham Hotspur, Vardy failed to score a single open-play goal. He had four goals and five assists to his name in the second half of the season – the underlying stat, all were spot-kicks, while the double striker system meant he was very effective in that second striker role alongside Iheanacho.

With him turning 35 next January, the arrival of Zambian International Patson Daka is in view with Leicester looking for a long-term heir to their talisman rather than replacing Kelechi Iheanacho, who unlike Vardy was in red hot form towards the end of last season. While I expect Vardy to lead the Foxes’ forward line more than the other two, with Europa League and domestic cups to negotiate, there might be a fair bit of rotation in the Leicester forward line now that they have adequate attacking reinforcements.

As Emiliano Martínez reminded us last season, your choice of goalkeeper isn’t the boring chore that is often treated as in FPL. Martínez was unexpectedly the top-scoring non-attacking player last season. He nearly set the record for fantasy points accumulated by a goalkeeper with 186 points (Brad Friedel earned 187 in the 2002-03 season).

Martínez proved to be a star for Villa last season and shone for Argentina at Copa America this summer. He scored 186 FPL points in the 2020-21 campaign – 26 more than second-placed Ederson, kept 15 clean sheets (3rd), made 142 saves (1st), and accumulated 27 bonus points (1st).

Now, one of the key reasons not to go with Martínez is that the Villa defence last season outperformed its expected goals conceded. However, the absence of a certain Jack Grealish and a new system can be the stumbling block in Villa and Martínez replicating last season’s defensive output. Although the Villa shot-stopper is expected to be effective, priced at £5.5m, including the 28-year-old can be one of the biggest hindrances to a balanced FPL squad.