The greatest drivers in the world will be assembling in Bahrain in two months to kick-start the 2021 season. With a historic 23 race season, we thought it was the right time to dive into the history of F1. F1 has been graced by some of the greatest sports personalities over the years. These drivers have taken the sport to another level, thanks to their technical prowess, competitive spirit and thirst for success.

Today, we look at the drivers who have had a lasting impact on the sport. These are some of the best F1 drivers in the history of F1 and their prowess on track moulded F1 into the spectacle it is today. All the drivers we will talk about today have been regarded as the greatest driver in F1 history at some point in their career. So, let’s dive in: 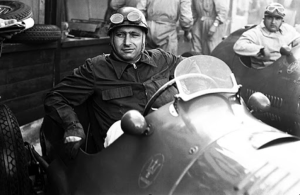 Nicknamed “El Maestro”, Juan Manuel Fangio was an Argentine racing driver who was a dominant force in the 1950s. Fangio was a gifted driver, who won almost everywhere he competed. Compared to modern standards, he started his F1 career pretty late, debuting with Simca Gordini at the age of 37.

Fangio was a proven winner, winning everything in Argentine competitive racing. He moved to Europe after conquering Argentina, making a mark in the limited opportunities he got in F1. In 1950, Alfa Romeo saw his talent and signed him on. He won his first F1 race that same year at Monaco, the Mecca of Formula 1.

Fangio went on to have a decorated F1 career, winning the world championship in 1951 with Alfa Romeo, 1954 and 1955 with Mercedes Benz, 1956 with Ferrari and 1957 with Maserati. He thus holds the record for winning the Formula 1 world championship with most teams (4). For 45 years he held the record for most F1 world titles as well until another great came along and smashed his record. 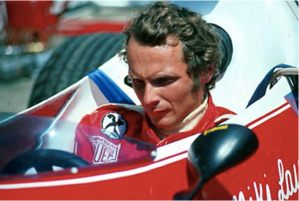 Not many have had the impact Niki Lauda has had on Formula 1, both in and out of the car. The Austrian belonged to a wealthy family who loathed his involvement in cars and F1. In 1975, he raced for the Scuderia Ferrari and won his first F1 World title. He began the 1976 season in similar form, with his dominance seeing him score more than double the points of his closest competitor leading into the Nurburgring.

The conditions were extremely treacherous, with heavy rain, strong winds and poor visibility. Lauda pleaded to his fellow drivers to cancel the race, but it went ahead. In the second lap of the race, Lauda lost control and had a horrific crash. His car became an inferno and he was taken out for almost the rest of the season with permanent burns to his face and head.

He slipped into coma briefly and priests were called in, to perform his last rites. But he miraculously recovered and stormed to the world title in 1977. Such was his love for the sport that he dusted himself off life-threatening injuries and showed the world exactly what he was made of. This was not his only other world title either.

Once again, in 1984, when Lauda was in the twilight of his career, he defied odds and won the world title. His name is forever etched in the history of F1 as a man who went toe-to-toe with death, won that battle and then showed his mental toughness to win two world titles.

Watch the movie Rush to explore the early years of Niki Lauda and his famous feud with James Hunt, leading up to the infamous Nurburgring incident. 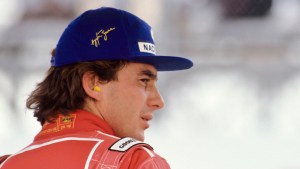 Ayrton Senna, a Brazilian F1 driver and legend of the sport, has long been hailed as the quickest driver in history. This accolade was bestowed on him after analyzing the ability of the driver relative to the ability of the car. Senna and Prost fought legendary battles driving for McLaren-Honda.

Senna won the world title three times, in 1988, 1990 and 1991, beating three times world champion Prost 3 times over four years in similar cars. More than the victories, Senna showed his A-game during the qualifying sessions. Speed over a single lap is a good neutraliser of machinery and helps compare the ability of the driver.

Senna won 41 Grand Prix in his career, but he also bagged 65 pole positions, then a record. Another important marker of his quality was his mastery of wet-weather condition. Some of his most dominant performances came when it poured. Senna also won the Monaco Grand Prix six times, still a record.

Apart from being the quickest, Senna was also a sports star who galvanized entire Brazil. He was a hero for the poor, with his philanthropic work making him the sweetheart of a country full of passion for sports. Asif Kapadia created a masterful documentary on the life of Ayrton, titled “Senna”. It is well worth a watch.