Following are the companies and organisations that serve as sponsors and brand partners to Indian Super League club Chennaiyin FC and enjoy a strong branding presence across their physical and digital assets. 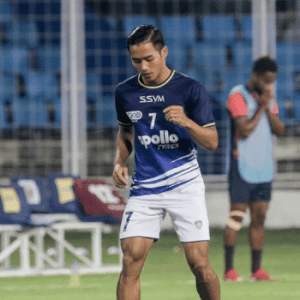 The Gurugram, Haryana-headquartered Indian tyre manufacturer has been the main front-of-shirt sponsor for Chennaiyin’s matchday kits since the 2017-18 season. The two last renewed their partnership in November 2020 in a multi-year agreement. 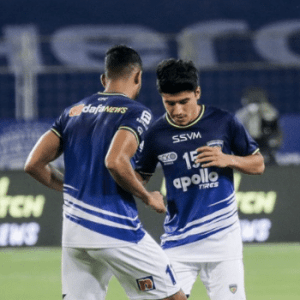 The sports portal of the Philippines-based online gambling company Dafabet has been a Principal Sponsor and the main back-of-matchday-shirt sponsor of Chennaiyin since the 2019-20 season. The two parties last renewed their deal in September 2021 to also cover the 2021-22 season.

A long-time partner of the club, the Indian division of the Osaka-headquartered Japanese paint and paint products manufacturer serves as an Associate Sponsor to Chennaiyin. The two last renewed their partnership in October 2021.

In the past, Nippon Paint India has also served as the matchday-shirt-sleeve sponsor to the Chennai-based ISL team (2017-2020). 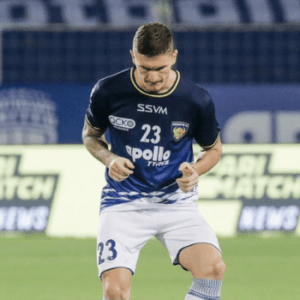 The CBSE-affiliated group of co-educational institutions also serves as an Associate Sponsor to Chennaiyin. Since the 2019-20 season, the SSVM logo features on the front of the team’s matchday shirts, right below the shirt collar.

The two last renewed their partnership in September 2021 to also cover the 2021-22 season.

The India-based fantasy cricket platform was announced as an Associate Sponsor of the club in October 2021. Apart from branding rights, the deal entails collaboration over fan-engagement activities. BatBall11’s logo also features on Chennaiyin’s matchday and training shirt — on the top half of the right sleeve. 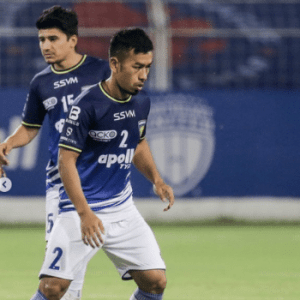 Having first partnered with the club for the 2020-21 season, Mumbai-headquartered Indian insurance company ACKO was re-signed as an Associate Sponsor of the club in a multi-year deal in September 2021.

Apart from branding rights, the deal entails collaboration over fan-engagement activities while also including “a 360-degree campaign across television, digital content and social media integrations”.

ACKO served as the main sleeve sponsor for Chennaiyin’s matchday kits during the 2020-21 season.

The Jalandhar, Punjab-headquartered Indian sports equipment manufacturer was announced as the club’s new Official Kitting Partner in August 2021 on a multi-year deal. Nivia replaced Performax, which served as the official kit supplier to the club for the previous four seasons.

The Chennai-based co-working spaces provider was announced as the Official Workspace Partner of the club in October 2019 on a long-term deal. Apart from branding rights, the partnership sees Chennaiyin operate out of Workafella’s offices.

The Chennai-headquartered Indian electronics brand serves as an Official Audio Partner to the club.

Following radio stations serve as an Official Radio Partner to the club. The partnership entails branding rights as well as exclusive access to the club’s players and staff for interviews.

Run by New Delhi–based HT Media, Fever FM is a nationwide radio network that operates in Chennai as Fever 91.9 FM.

94.3 Radio One is a nationwide commercial radio network that operates in Mumbai, New Delhi, Bangalore, Ahmedabad, Chennai, Kolkata and Pune.

The San Francisco, California-headquartered American consumer electronics and fitness brand has been a long-time official wellness partner of the club. Most recently, the two renewed their partnership in November 2021 for a fourth consecutive year.

Apart from branding rights, the deal sees fitbit supply its products to the team’s players to help them achieve and maintain their fitness goals.

The Chennai-headquartered TMT (Thermo Mechanically Treated) bars manufacturer has also been a long-time partner of the club. GBR has also served as the presenting sponsor of Chennaiyin’s Strongest Player of the Match award.