Following are the companies and organisations that serve as sponsors and brand partners to Ligue 1 club Football Club de Lorient Bretagne Sud—commonly known as FC Lorient—and enjoy a strong branding presence across their physical and digital assets. 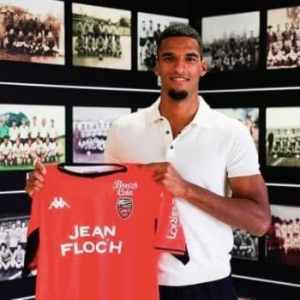 The Turin-based Italian sportswear brand replaced Adidas as the official kit supplier of FC Lorient in a five-year deal in April 2017. Currently set to run until the end of the 2021-22 season, the deal sees Kappa not only provide the club with playing, training, and non-playing staff uniforms, but also lifestyle ranges. 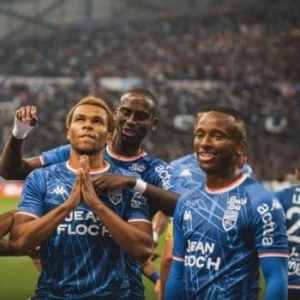 The Laval, Mayenne-based human resources group was announced as an Official Sponsor of the club in July 2020 on a two-season deal. The deal was an extension of the club’s partnership with actibreizh, an Actual Group-owned employment agency based in Lorient that has worked with the club since 2009.

As part of the deal, Actual Group’s logo features on the front of the team’s left matchday-shirt sleeve. 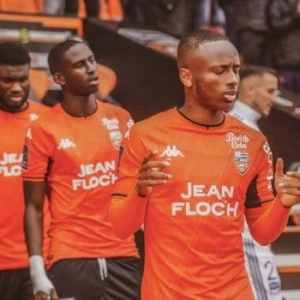 Manufactured by    Lancelot Brewery, the French cola brand was first announced as an Official Sponsor of the club in July 2015. Since then, the Breizh Cola logo has featured on the front of FC Lorient’s matchday shirt (above club crest). The partnership also sees Breizh Cola’s products made available across all FC Lorient events.

The two parties last renewed their partnership in August 2021; it is currently set to run until June 2024.

The Brest-headquartered French hotel chain has maintained an association with the club for well over a decade. As per the July 2019 renewal of their partnership, the B&B Hotels logo features on the back of FC Lorient’s matchday shorts, with the hotel chain also holding the naming rights for the south stand of the club’s home ground, the Stade du Moustoir.

In the past, its logo has also served as a “chest” sponsor as well as the principal front-of-matchday-shirt sponsor (2014-17) for Les Merlus. 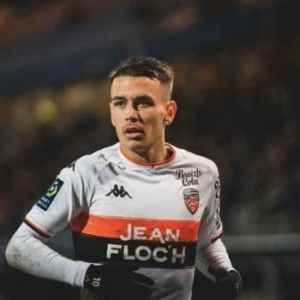 The Locminé-headquartered French meat-based food products manufacturer and culinary solutions provider is the current principal front-of-matchday-shirt sponsor of FC Lorient since 2017, having served the club in the same capacity from 1998 to 2000 while having also partnered up with them for the 2012-13 Coupe de la Ligue.

The Brittany-based French cooperative and collaborative bank has been associated with the club for over a decade, currently serving them as an Official Sponsor. The last renewal of the partnership between the two parties was announced in October 2020.

Bréhan-headquartered French company Olmix is a specialist in plant and animal care, providing algae-based nutrition, hygiene and health solutions. In September 2018, after a two-season partnership with FC Lorient, it was announced as an Official Sponsor of the club.

Currently, the Olmix logo features on the back of the team’s matchday shirt, below the kit number. 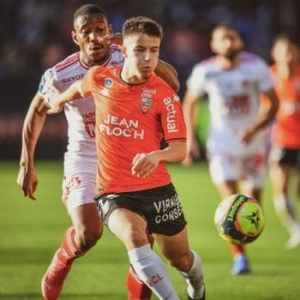 Associated with the club since 1998, Lorient-based French business development and sales force consultancy Virage Conseil has been an Official Sponsor of FC Lorient since August 2013. 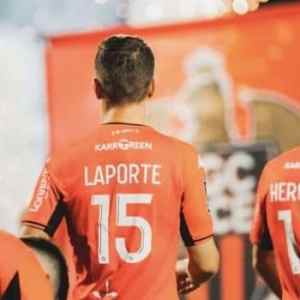 The Locminé-based French low-carbon mobility solutions provider was announced as an Official Sponsor of the club in August 2021 in a deal covering the 2021-22 season. The deal highlighted FC Lorient’s intent of continuing to work on finding more sustainable ways to carry out their operations and reduce the overall carbon footprint.

As part of the branding rights, the KarrGreen logo features on the back of FC Lorient’s matchday shirt (above player name).

The two parties last renewed their long-standing partnership in August 2021 in a two-year deal.

The official online portal of the Lorient agglomeration community serves not only as an Official Partner but also as the back-of-matchday-shirt-sleeve sponsor to FC Lorient. Also, the north stand of the club’s home ground, the Stade du Moustoir, is called “Tribune Lorient Agglomération”.

U – Commerçants Autrement (Système U)

The Rungis-headquartered French retailers’ cooperative also serves as an Official Partner to FC Lorient, especially via its Morbihan-located stores (les Magasins U du Morbihan) in a deal announced in August 2021 that is set to run until 2024.

Being a part of the French department of Morbihan, FC Lorient works with the region’s government on a variety of community initiatives that also include grassroots football projects. The club also promote Morbihan as a must-not-miss travel destination.

The Rennes-headquartered daily French-language newspaper is a long-time Official Partner and Media Partner of FC Lorient.

The Sud Bretagne (South Brittany) division of the Paris-headquartered French electrical infrastructure engineering company has been associated with FC Lorient since the 2011-12 season and has been serving them as an Official Supplier since the 2018-19 season.

From April to May 2021, Cegelec also served as FC Lorient’s back-of-matchday-shirt sponsor (above kit number and player name).

The Miribel-based French LED screens manufacturer is also listed as an Official Supplier on the official FC Lorient website. In February 2020, Charvet supplied the club with a perimeter screen of surface area 153.6 m² which was installed at the Stade du Moustoir.

The Rueil-Malmaison-based French beverage company has been an Official Supplier of the club since 2010. It is part of the club’s “Star Experience” offering at the Stade du Moustoir.

The Amsterdam-headquartered Dutch brewing company has also been an Official Supplier of the club since 2010. It is also part of the club’s “Star Experience” offering at the Stade du Moustoir.

The Morlaix-headquartered daily French-language newspaper has been associated with the club for over two decades now, currently serving them as an Official Supplier and as well as a Media Partner.

The Quimper-based French catering service has been an Official Supplier of FC Lorient for over half a decade, providing its services for the VIP lounges at the Stade du Moustoir during the team’s home games.

The Quéven-based French auto parts dealer has served as an Official Supplier to the club since the 2016-17 season.

The Breton clothing brand signed its first-ever sports sponsorship deal when it became the Official Dresser of FC Lorient in August 2020 in a deal set to run until 2022.

As per the deal, Mousqueton provides bespoke clothing for both the playing and non-playing staff, which also include the hosts and hostesses operating in the VIP sections of the Stade du Moustoir.

The Lorient-based security personnel and services provider has been an Official Supplier of the club since 2009. The current deal between the two parties is set to run until 2022.

The Quimperlé-based Breton transport company serves the club as an official transporter of their team for their matches.

The Paris-headquartered French telecom company provides a dedicated Ligue 1 package called Free Ligue 1, which offers extended coverage of the French topflight and is available in the form of a smartphone app or a channel on Free’s DTH service, Freebox.

In August 2021, FC Lorient announced that they had partnered with Free Ligue 1 for the 2021-22 season. As per the deal, Free gets extended access to the club to produce exclusive FC Lorient content, including interviews and documentaries. Club fans who are subscribed to the Free Ligue 1 app also get exclusive opportunities to win unique experiences.

The Title Sponsor of the French topflight also serves as an Official Supplier to FC Lorient.

Sportingsols is a French manufacturer of indoor and outdoor sporting floors. The company is based in Saint-Fulgent.

Hit West is a French radio station network that broadcasts across all of western France. It is headquartered in Nantes.

The Morlaix-headquartered daily French-language newspaper has been associated with the club for over two decades now, currently serving them as an Official Supplier and as well as a Media Partner.

The Rennes-headquartered daily French-language newspaper is a long-time Official Partner and Media Partner of FC Lorient.

U – Commerçants Autrement (Système U)