Let’s look at the various brands that legendary cricketer, Kapil Dev’s brand endorsements and investments over the years.

Cred Advertisement: “Great for the good” 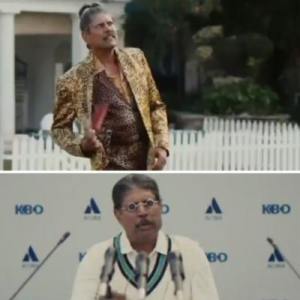 The Cred advertisement is Kapil Dev’s most recent one. In this short video, the former Indian team captain mimics Ranveer Singh in a scenario where he’s acting like the Gully Boy. This video went viral on social media, with over 1.7 million views. 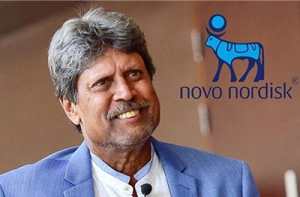 Novo Nordisk is a leading global healthcare company that was founded in 1923. In November 2021, Kapil Dev was announced as a brand ambassador for the company. The partnership is aimed at increasing awareness about better diabetes management and early insulin adoption.

Diabetes has increased amongst the youth population in the country, and it’s very important to make everyone aware of this disease and its preventive measures. Hence, this deal took place. 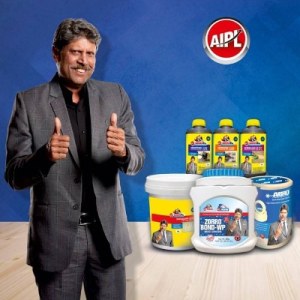 The company announced Kapil Dev as its brand ambassador back in 2019, and since then he has featured in its ads and videos throughout different social media channels. The former World Cup-winner has endorsed all the company’s products through a series of on-field activations and across several multimedia channels. 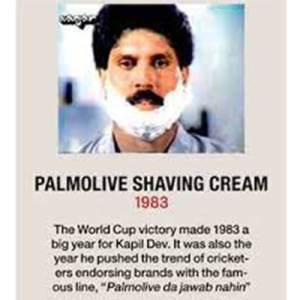 Palmolive is a global household and consumer products company. It is renowned worldwide and sells products like toothpaste, bodywash, shaving cream etc. Kapil Dev featured in an ad for the Palmolive shaving cream. This was one of his first-ever endorsements with a company. 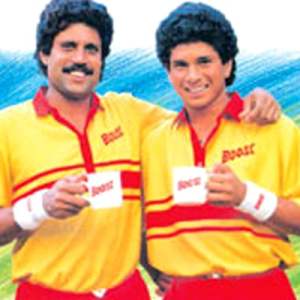 “Boost is the secret of my energy” — a line that has been around for decades, was first said by Kapil Dev back in 1985 when he was working with the brand. Since then, the brand has been endorsed by the greats of Indian cricket like Sachin Tendulkar, Virender Sehwag, MS Dhoni, and Virat Kohli.

The 1983 World Cup-winning captain set the tone for Boost to become one of the most renowned brands in the country, and all sports stars became interested in doing brand deals with it. 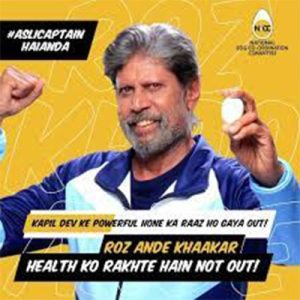 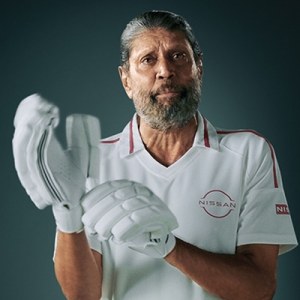 In June 2021, Nissan released a general awareness and safety campaign that aimed at educating India about COVID-19 through cricket — something that unites the country. The campaign used cricket analogies to draw comparisons between preparing for a match and getting ready to fight COVID.

Nissan India chose the iconic cricket ambassador of India, Kapil Dev, as the voice of the campaign.

Sharing his thoughts on the collaboration, Kapil Dev said, “I am pleased to be a part of an impactful campaign that impels each one of us to do our bit to win over COVID-19 as a nation. As part of Team India, I have won many battles on the field but this battle with COVID-19 has been the toughest. It is a plea from us to the people of India on what we can all do to move to safety to make India win over COVID-19.”

In September 2021, Kapil Dev joined the team of Monedo Financial Services, a new-age financial services provider. The former World Cup-winning captain plays the role of an ardent advisor, brand advisor and is also an advisory board member.

In 2019, Kapil Dev launched a new fantasy sports platform, Apne11. Dev is the face of the brand as he has been an early backer of the startup. He is also a member of the advisory board as well as a brand ambassador.

In 2002, two-wheeler vehicles manufacturer Kinetic roped in Kapil Dev as its brand ambassador on a two-year contract. He was mainly involved in the promotion of the brand’s then-new bike, the 100cc Kinetic Boss.

Haier Mobile hired Kapil Dev as its brand ambassador back in 2007. The cricketer participated in all brand and product promotions on TV, print and other media.

PumpKart is a B2B smart store and a B2C store for water pumps launched in 2015. The company assigned Kapil Dev as a brand ambassador for its product Panatek in January 2018.

The first TMT bar manufacturer in the secondary steel sector in the country also used to have on board ‘Haryana Hurricane’ Kapil Dev as a brand ambassador. Dev signed a three-year contract in 2007 as someone who would be closely associated with the brand and participate in its promotional activities.

Kapil Dev, after his several years in cricket, is still very involved in sports, mostly invested across various businesses.