We are well past the group stages of the 2022 FIFA World Cup, and the tournament has already become a source of fascination for fans across the globe due to the sheer drama and unpredictability it has brought to the table. In a way, having games come thick and fast and in the middle of the European club season has played a role in that.

Amidst all of that, however, the magnitude of investment that has gone into the tournament has not been talked about, and with the tournament about to end in a couple of weeks, not enough questions are being asked about the return Qatar could get on its investment.

Depending on where one is reading, Qatar’s spending has ranged from US$220 billion to US$300 billion — the highest a nation has spent on a sporting event, which is also a reflection of the nation’s might in the geopolitical and footballing arenas.

Qatar essentially qualifies as a “developing country” despite all the riches, and developing nations hosting FIFA World Cups hasn’t been a new phenomenon since 2010, when South Africa did the same and so did Brazil in 2014. This came during the era of the Beijing Olympics of 2008 and the Commonwealth Games in New Delhi in 2010. All of these events, especially the football World Cups in 2010 and 2014, provide a fair reflection of how things may turn out with Qatar unless football becomes a key part of its Qatar National Vision 2030 project. Previous examples can become lessons that Qatar could perhaps learn from.

Sport and Recreation South Africa stated in 2013 that the government spent US$3.12 billion on transportation, telecommunications and stadiums during the 2010 World Cup. After the tournament, it was stated via government records that the tournament contributed US$509 million to the 2010 GDP of South Africa, with about 130,000 new jobs created.

While these numbers are certainly promising considering the relatively low spending done during the tournament, the problem with records such as these is that they tend to present gross information instead of net information. In essence, data such as this is exaggerated to portray a positive image of the country.

On top of that, investments such as these are often made in areas that are rather questionable, because train stations, roads near airports and previously existing stadiums are already well-developed. Governments try to allocate their resources in areas with low crime rates and often end up investing in areas that don’t always need development. The same pattern was followed in New Delhi before the Commonwealth Games, as areas closer to the more economically proficient areas were developed even further.

Even today, South Africa is struggling to maintain stadiums and continues to look for ways to make them more sustainable in the longer term. The Cape Town Stadium, built for the 2010 FIFA World Cup, is struggling to stay alive. Despite having been used as a multi-sport venue, the stadium doesn’t fill enough seats to fill operation costs. Brazil faced the same issue in 2014, as huge costs of stadiums led to other issues spiralling over into much bigger problems.

In 2010, though, South Africa expected a tourism boost and expected that 450,000 spectators would arrive during the tournament. In 2009, tourism accounted for 8.7 percent of the country’s GDP. During the tournament, however, only two-thirds of the expectations were met, as only 306,000 visitors arrived. Despite that, the country’s Tourism Research department revealed that its tourism had risen by 3 percent. It was a small growth, but it was growth nonetheless — something Qatar will look forward to as well.

In Brazil, the construction of stadiums caught more eyeballs than anything else. Days before the tournament, protestors had taken to the streets, disrupting organisers and burning down flags, as they believed that the money spent in building stadiums could have been used in eradicating growing poverty by developing education and improving healthcare. The country spent US$11.3 billion in public works, with general transportation, security and communications being the major focus and 25 percent of the total spending going towards stadium development. Later, stadium costs increased by about 75 percent, with a lot of stadiums having to accommodate temporary stands amidst rising corruption.

The Estádio Nacional, which was originally constructed in 1974 in Brasilia and was then the second-most expensive stadium in history, has a capacity of over 72,000 and was refurbished for the 2014 FIFA World Cup. For many years after the tournament, the stadium—now known as Arena BRB Mané Garrincha—only hosted amateur football games, with about 5,000 seats being filled.

As for the Maracanã, which hosted the 2014 World Cup final, attempts were made to have league matches played there, but nothing materialised in the long-term due to high operational and maintenance costs of the venue. It was even left obsolete after the 2016 Olympics, as the pitch dried up and legal battles over operation ensued. That, in a nutshell, is how the 2014 World Cup resources in Brazil have been in recent times. In a way, the protestors sensed it all before the tournament started. Like South Africa, Brazil’s GDP also fell in the five-year period after the World Cup.

While Qatar’s hosting of the tournament is filled to the brim with issues around human rights, there was a stark absence of local protests in the lead-up to the tournament, as the nation’s population and density is a far cry from that of Brazil. But, if anything, the cases of both Brazil and South Africa present the sort of picture that Qatar would probably want to deter from. In both the cases, there was a lack of long-term planning, and investments were made in areas that were already well developed. Despite the two countries’ best attempts through the inclusion of various stakeholders, their most expensive resources are in ruin already, and Qatar, unlike them, built shiny new stadiums specifically for the World Cup. And, being a nation which is much newer to football than Brazil and even South Africa, Qatar’s stadiums can prove to be the biggest challenge to the country once the buzz from the tournament dies down.

The manner in which the Stadium 974 is being dealt with, however, is a certain positive for the country. Named after the country code and made out of recycled cylinders and containers, the arena will be fully dismantled, and several parts of the stadium could be shipped to other countries in need of infrastructure, hinting at the fact that Qatar may well have some plans to make sure that it does not end up in the same position as South Africa and Brazil.

The Qatar National Vision 2030 project is said to have football as a centrepiece in the country’s long-term planning. Considering the increase in the number of stakeholders in Qatar for football clubs abroad, the nation may well have an indirect influence in the game. But it is unlikely that owning major clubs abroad will help in making use of the stadiums at home, and it will only end up helping the owners of those clubs.

And while the AFC Asian Cup of 2023 will be held in Qatar, it is questionable that it would acquire the same global spotlight the World Cup has, and that raises doubts over whether the stadiums will be able to sustain themselves or not. It could well require a grassroots development of the game and then going completely overboard with hosting European games regularly by bringing teams to Qatar often. Keeping in mind the increasing Middle East influence in European football, that may well be possible at a certain point in the future.

But a lot of that is shrouded in if rather than when, and those are the dilemmas that Qatar will have to deal with. 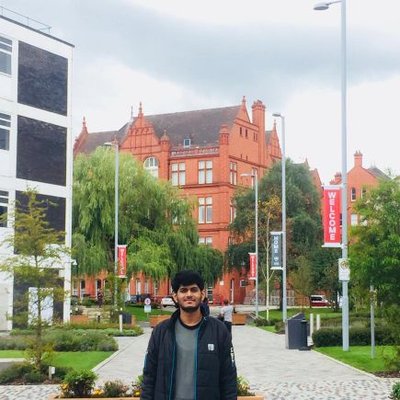