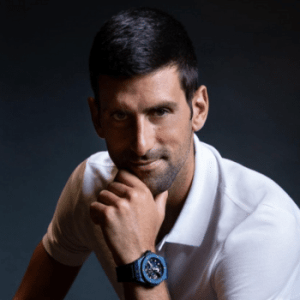 After parting ways with Seiko in January 2021, Novak Djokovic stayed without a watch sponsor for almost eight months before joining forces with Hublot in August 2021. 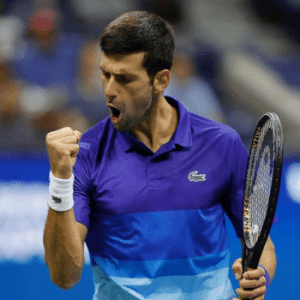 French brand Lacoste contracted Novak Djokovic in May 2017 to sign a five-year deal as his clothing sponsors. The deal would see him earn around US$9.4 million each year till 2022. Lacoste have also hired him as their brand ambassador and provide him with supporting items during each tournament. All the items have Lacoste’s famous crocodile as well as Djokovic’s personal logo. 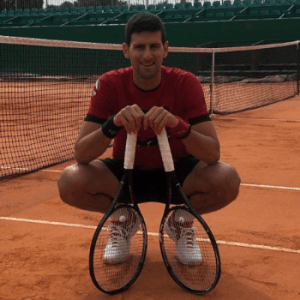 Head and Djokovic have a long-running history. Novak has been playing with Head racquets since 2001, though in 2005, he switched to Wilson for a couple of seasons before switching back to Head in 2008. In May 2018, Head extended their contracts with Alexander Zverev and Novak Djokovic. Though the financial details of the deal were not revealed, according to reports, the deal is set to fetch them around US$7.5 million per year till 2023. 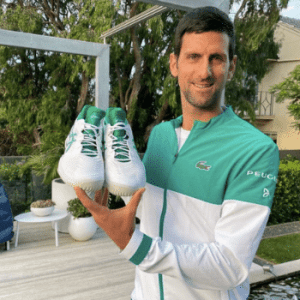 Just like racquets, shoes play a key role in deciding the outcome of a game, not wholly, but to some extent. In his early playing days, Djokovic formally signed a deal with Adidas in 2013; the deal ran till 2017. In 2018, Asics tied up Djokovic to a new deal and also made him their Global Footwear Partner by bringing out a new line of shoewear with his name (Novak Gel Resolution). According to many reports, the deal pays the Serb US$4 million/year. 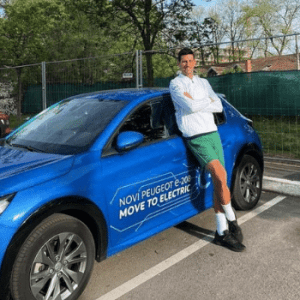 French car manufacturers Peugeot roped in Novak Djokovic as an international ambassador on the eve of the 30th anniversary of their partnership with Roland Garros in 2014. The partnership lasted for three years, till 2017. After a gap of three years, during the 2020 Australian Open, Djokovic was again seen sporting a Peugeot logo on his shirt sleeves, though it is not clear whether it was a short-term deal or a long one. The deal was a commitment to promote a greener and sustainable environment. 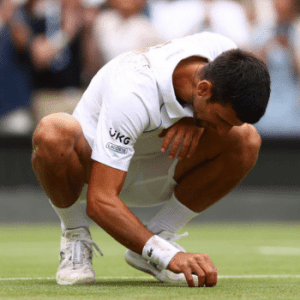 In April 2019, Djokovic announced officially on Facebook that he has joined hands with Ultimate as a brand ambassador, but the details of the deal and its duration were not made clear. Their logo appeared for the first time during the 2019 Australian Open. In August 2020, Ultimate Software and Kronos Incorporated merged and rebranded themselves to form Ultimate Kronos Group.

In April 2021, Novak Djokovic, was roped in by Austrian banking group Raiffeisen Bank as their Brand Ambassador. The Serbian Ace has pledged to use the latest investment to promote the growth of young talent in tennis.

Since turning professional in 2003, Djokovic has been wearing Adidas clothing and footwear to every tournament. In 2009, when it was time for contract renewal talks, Djokovic was demanding too much of an increase in his contract, and Adidas was simply not ready to meet his demands. At the same time, Andy Murray was on the ascendency and equal or comparable to Djokovic in terms of ranking and titles, so, Adidas decided to extend Murray’s contract, leaving Djokovic without any kit sponsors. Sergio Tacchini came in and signed up with the Serbian in a 10-year deal, but, they were not shoe manufacturers, so Djokovic continued playing with Adidas footwear, before signing a 5-year year with Adidas in 2013.

After endorsing Swiss watch company Piguet, in 2014, Novak Djokovic signed up with Japanese watch manufacturers Seiko on a three-year contract and later extended it to another three years. Djokovic earns US$5 million a year from the deal. Seiko gifted Djokovic the Astron GPS Solar watch and in 2020, released a limited edition watch by the name Seiko Astron Novak Djokovic 2020 Limited Edition.

Djokovic left Adidas in 2009 and switched to Sergio Tacchini, a brand that his idols Pete Sampras and John McEnroe wore in their hay days. Djokovic and Sergio Tacchini agreed on a long-term 10-year deal, but the deal was abruptly terminated three years into its tenure. The small company couldn’t handle Djokovic’s success on the court. Signed on a small guarantee, Tacchini offered bigger incentives if Djokovic performed well, but after his record-breaking season in 2011, where the Serbian won three Grand Slams, his fifth Masters title and stayed as the World No. 1 for 11 consecutive months, the company fell behind on payments to the star and, subsequently, the contract was mutually terminated in 2012.

After mutually cutting off ties with Sergio Tacchini in 2012, Djokovic signed a five-year sponsorship deal with Japanese clothing and sporting equipment manufacturer, Uniqlo. In launching their new partnership with Novak Djokovic, Uniqlo confirmed that their first corporate social responsibility was to manufacture a custom-designed charity T-shirt to sell at different stores and online, the sales of which were donated to Djokovic’s foundation to support children’s programs. However, the Japanese manufacturer didn’t offer a contract extension to Djokovic, as he was deemed not as marketable as the likes of Roger Federer, whom they later signed in 2018.

Australia & New Zealand Banking – In early 2015, before the Australian Open kicked off, Djokovic joined hands with ANZ Banking Group to run a social media campaign. The campaign was aimed at collecting charity for Asia Pacific region countries and was the special philanthropy work of Novak Djokovic. The campaign was able to collect US$1,000,000, which ran through to the 2020 Australian Open.

Novak Djokovic endorsed the Australian winemakers during the 2015 Australian Open. The sponsorship was aimed at describing his untold life story through a documentary film “Made By Moments” that showed his rise to becoming a champion today.

German car manufacturers Mercedes-Benz tied down Djokovic to a deal that paid in millions and appointed him as a brand ambassador in September 2011. The World No. 1 was appointed as their ambassador in Serbia and Montenegro and named as No1e (Nole) by Mercedes in the signing ceremony.

A Complete List Of All The Partners Of Australian Open, 2018

Here are the Brands That Have Associated with Australian Open, 2019!

Brands Partners of US Open for the unique 2020 season