Nadal became World No. 1 for the first time in 2008 after beating top-ranked Roger Federer in the Wimbledon final. By 2010, he completed the career Grand Slam at the 2010 US Open and with his gold medal in the 2008 Beijing Olympic games, Nadal became only the second male player to win a career Golden Slam.
Let’s take a look at Rafael Nadal‘s Sponsors, Endorsements, Business Ventures, Investments, and Charity Work over the years. 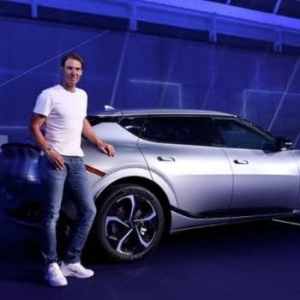 Kia and Rafael Nadal started their journey in 2004. In 2006, the Seoul-headquartered automaker made Nadal its global ambassador. With Nadal’s five-year contract expiring in 2020, Kia let its fans have a say in offering a contract extension to the 34-year-old Spaniard; a renewal was promptly requested, which would see Nadal remain Kia’s global ambassador till 2025, extending the Kia-Nadal partnership beyond the 20-year mark. 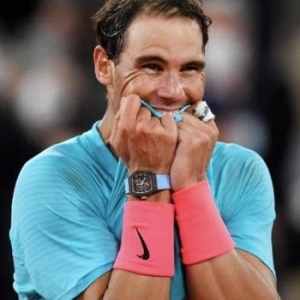 Nike has sponsored Nadal since he was 13. As their ten-year long partnership was coming to an end in 2018, many believed Rafa would jump ship for a bigger payment, like his rivals Roger Federer and Novak Djokovic, but the Spaniard put all those rumours to bed when he extended his contract for a further five years. The deal reportedly pays Nadal around US$10 million in guaranteed payment. 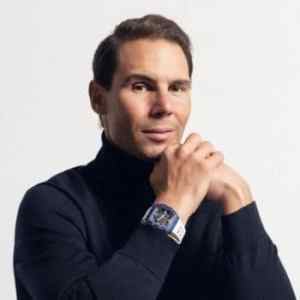 In 2010, Richard Mille roped in Rafael Nadal as its brand ambassador. To mark the tenth anniversary of its partnership with the Spaniard, Richard Mille released the RM 27-04 watch ahead of the 2020 French Open. The watch weighs just 30 grams, making it the lightest tourbillon in the world, but costs a whopping US$1.05 million. 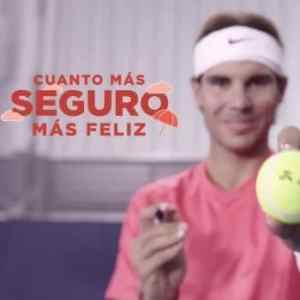 Mapfre is a Spanish insurance company that offers life and property insurance services. After signing on a long-term deal with Nadal, the brand started to offer scholarships for junior tennis players and also organised the Rafael Nadal Junior tennis circuit tournament in 2014 to raise funds for Nadal’s foundation. Mapfre offered another contract extension to Nadal in 2017. The pair celebrated their 10th anniversary in May of 2020. 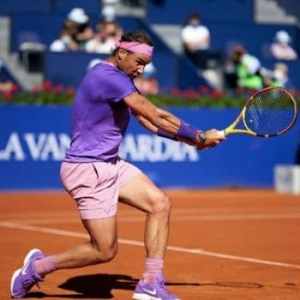 Babolat is a famous French sports equipment company. It has been sponsoring Nadal since he was a nine-year-old junior player. He started his junior career with Pure Drive racquet which helped its R&D to develop better Pure Aero racquets. Nadal currently uses the Aero Pro Drive racquet, which is topspin heavy and generates power that suits Nadal’s playing style. 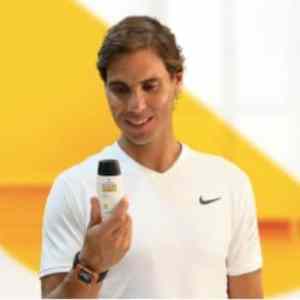 Nadal started to endorse Cantabria Labs in May 2019. The company uses Rafa’s image to promote its skincare products under the tagline – “Give Your All for What Matters Never to the Sun”. Interestingly, the Rafael Nadal Foundation and the Rafa Nadal Academy are also part of the deal, though, the details of the finances involved and the duration of the deal were not revealed in its press release. 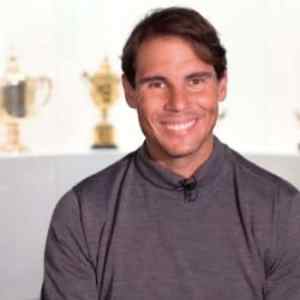 Banco Santander is a Spanish company that offers banking and financial services in Madrid and Santander. The Santander Group signed a long-term deal with Nadal on the last day of 2019. The bank also appointed him as their brand ambassador, but the financial details of the deal were not disclosed by either party. 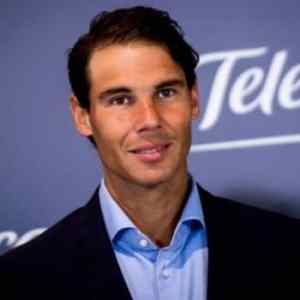 Telefónica is a Madrid-based telecommunication company. Nadal was appointed as its brand ambassador when the two signed a sponsorship pact in 2014. After the deal expired in May 2020, Telefónica offered a five-year extension to Nadal in October 2020. With its many subsidiaries set up in different regions of the world, one of its subsidiaries, Movistar, helped the tennis star to establish his tennis academy in Manacor and named it “Rafa Nadal Academy by Movistar” 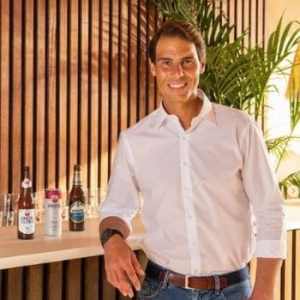 Amstel Ultra, the premium low-carb, low-calorie light beer, appointed Rafael Nadal as a global ambassador for its growing lifestyle products. The three-year deal, signed in April 2021, will see Nadal endorse a beer brand for the first time. The agreement will see Nadal feature in a variety of global marketing campaigns, with a vision to create a production line suited to a more balanced and active lifestyle.

The famous American clothing, footwear, and accessories brand Tommy Hilfiger appointed the Spaniard as its global ambassador in 2014. The deal was worth between US$2-3 million for a duration of two years. The appearance of Nadal was meant for the launch of their new line of underwear and tailored collections in different parts of the world.

As the name suggests, Mueller Sports sell sports medicine for athletes. The brand signed a three-year sponsorship deal with Nadal in 2014. While in contract, Nadal had to endorse Mueller’s abrasion control products for the duration of the term. The contract expired in 2017 and reportedly wasn’t renewed.

The Spanish banking and financial services company appointed Rafael Nadal as its brand ambassador in Spain as well as internationally. The contract was signed for five years in 2014 and expired in 2019. The deal was not renewed as Nadal signed up with rival bank Banco Santander.

Rafael Nadal: A wobble or a greater concern?

[…] tender age of 18, the Spaniard is already considered as one of the hottest Spanish prospects since Rafael Nadal. Alvarez made his pro debut in 2018 at the age of 16, and old already has one career title to his […]

[…] King of Clay. The boy who challenged the king. Rafael Nadal has a special place in the history of tennis. His 20 Grand Slam titles make him one of the […]

[…] Rafael Nadal exploded onto the tennis arena in 2001, skidding across courts and slashing his racquet like a machete at every question his opponents posed. Nadal pushed himself so hard and played such ferocious tennis that one had to wonder – how long could that body take that kind of beating? […]

[…] year off through injury, but it seems unlikely that he will be able to keep pace with Djokovic and Nadal consistently for the remainder of the […]

[…] On March 28, 2004 a fearless 17-year-old from Spain overwhelmed 22-year-old Swiss star and the reigning Wimbledon champion in straight sets in the third round of the Miami Masters, giving birth to not only tennis’ most legendary rivalry but one of the greatest in all of sport. The lead protagonists of this spectacle — Roger Federer and Rafael Nadal. […]