So, today I got to know that a new advert is out in the market. It stars the very popular and recently married cricket sensation, Virat Kohli. The product in the picture is called Too Yumm. It belongs to the Guiltfree Industries Limited, the FMCG division of the RP-Sanjiv Goenka Group.

The TVC which shows Virat munching these baked snacks in different situations has been directed by Anupam Mishra. Virat is busy eating whilst others around can’t take their eyes off him. Some talk about his looks, some wonder how he manages to look thin despite eating all the time, and some simply envy him. All of this with some pinch of music and light rap. 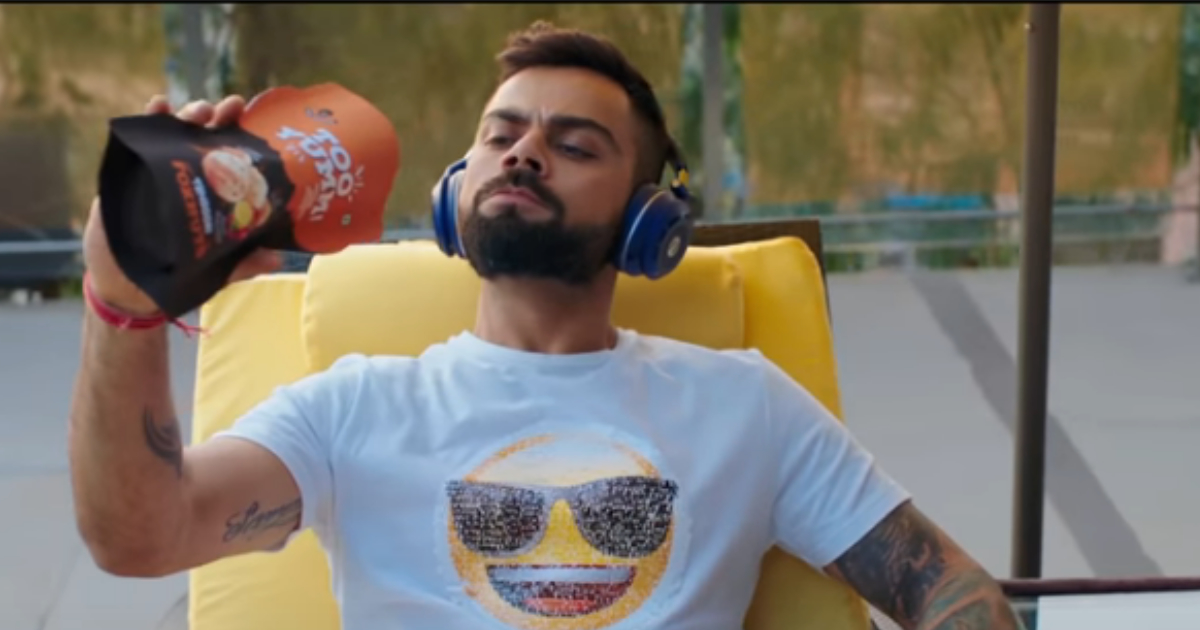 Well, the timing of this ad film couldn’t be any better. Virat and Anushka got married a week back and they are still trending almost everywhere on social media. The brand though is not trying hard enough to capitalise on this opportunity. There is no talk of it on social media, no right hashtags to promote it and considering that Virat is busy these days, even he hasn’t shared the film on his Twitter, Instagram or Facebook account.

In today’s time and age where the competition is extremely high, such small things make huge differences. It is still not late. Too Yumm’s team should buckle up, run at high speed and make most of the time they have in hand.

A lot of people have asked about the names of the girls and the boys in the TVC, will update the post as soon as I get to know more.