Advertising is all set to reach into uncharted territories in Australia’s upcoming Big Bash League 2020-21 (BBL) as umpires would sport logos of the brand Rexona under their arms – a first in cricket sponsorship. The idea being when they lift their arms to signal either a four or a six or when a player gets out, the logo would flash prominently on television screens.

On December 10, Cricket Australia announced a partnership with Unilever’s Rexona, an Australian deodorant and antiperspirant brand, in a unique sponsorship deal that does not include players but focuses on umpires instead.

Usually, athletes’ jerseys are crowded with various brand logos; however, the umpires’ uniforms are free of sponsorship logos. The “armpit advertising” is a first in history and will revolutionize sponsorship and advertising in cricket.  According to reports, the “armpit advertising” campaign will generate a record income of $70 million for Cricket Australia. Also, Rexona would have a strong first-mover advantage, and the credibility the company would earn from the campaign would not be easily replicable. 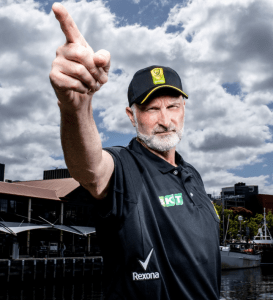 Unilever’s marketing director, Scott Mingl, said, “We are really excited about pushing the boundaries with this new partnership with CA, along with our network partners Seven and Foxtel.”

He added, “Rexona has a long history of aligning with professional sport, and we are looking forward to seeing our partnership come to life across the BBL this season. The idea is truly innovative and reinforces our role in high pressure environments.”

Cricket Australia said in a tweet, “Welcome to the cricket family, Rexona! Protecting the @BBL’s umpiring fraternity from the summer heat, Rexona branding will feature heavily on the armpits of all BBL umpires as they begin the process of trademarking armpit advertising!#BBL10”