Following are the companies and organisations that serve as sponsors and brand partners to Big Bash League franchise, the Melbourne Renegades, and enjoy a strong branding presence across their physical and digital assets. 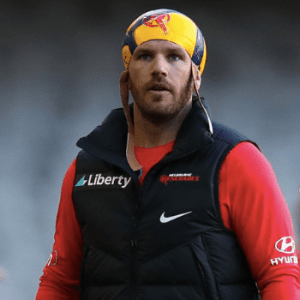 The Melbourne-based Australian money-lender first joined the Renegades’ sponsorship portfolio as a WBBL Partner in 2019, before becoming the Principal Partner of the franchise in October 2020 in a three-year agreement, covering both the men’s and the women’s sides of the Renegades.

As part of branding rights, the Liberty branding features most prominently across the teams’ playing uniforms (main front-of-shirt sponsor), training and club apparel. 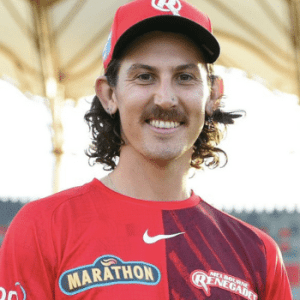 The Kensington, Victoria-based Australian frozen foods producer and food service provider was announced as the BBL Major Partner of the Renegades in December 2021 on a three-year deal.

As per the deal, as part of the branding rights, the Marathon logo features on the front of the men’s team’s playing shirts (chest sponsor) throughout a BBL season.

As part of the branding rights, the Trikon logo features most prominently on the sleeves of the Renegades’ players’ (both men and women) matchday shirts as well as across the player dugouts. Apart from branding rights, the partnership also sees Trikon offer Renegades fans exclusive offers on its products and services.

The Australian tyre retailer was announced as the Official Premier Partner and Official Tyre Retailer of the Renegades in December 2021 for BBL|11.

As part of the branding rights, the Tyrepower logo features most prominently across the helmet, cap and pants of the Renegades’ men’s team’s playing uniform. 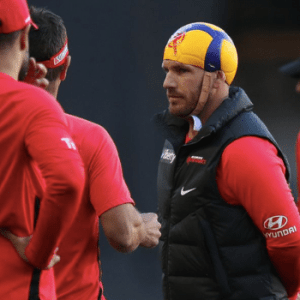 The Australian division of the Seoul-headquartered South Korean automotive giant, Hyundai Motor Company Australia, was announced as the Official Vehicle Partner of the franchise in October 2021 in a two-year deal covering both the men’s and the women’s teams of the Renegades.

As part of the branding rights, the Hyundai logo features most prominently across the sleeve of the players’ training uniform, as well as on playing pants of the Renegades’ women’s team.

The Melbourne-based sustainable energy (solar and battery) solutions provider was announced as the Renegades’ WBBL Major Partner in October 2021. As part of the branding rights, RACV Solar’s logo features most prominently on the front of the franchise’s women’s team’s playing shirts (chest sponsor).

The Melbourne Renegades Champions League is a domestic T20 competition that features six teams (India, Pakistan, Sri Lanka, Afghanistan, Bangladesh and Nepal) that are divided based on the players’ countries of origin. Throughout the tournament, Truck Assist also serves as the principal front-of-matchday-shirt sponsor to all participating teams.

DARCHE is an Australia manufacturer of camping and outdoor adventure products and is based out of Thomastown, Victoria.

Visit Victoria is an online portal maintained by the government of the Australian state of Victoria that serves as an informational archive for all things pertaining to the state and its regions.

In association with the Victorian Government, the City of Greater Geelong also serves as an Official Partner to the Renegades. Apart from branding rights, the partnership also entails co-branded community initiatives, engaging the people of the City while simultaneously promoting the region via the franchise’s social media assets.

The Victorian Responsible Gambling Foundation is an organisation that aims to deal with the problem of gambling addiction within Victoria.

In December 2015, the Renegades—along with the Melbourne Stars—signed the organisation’s sporting clubs program, the Responsible Gambling Charter, according to which the team do not have any betting sponsors as they aim to contribute to the Foundation’s attempts at reducing the normalisation of betting sponsorships in sports and help the people in Victoria understand the negative effects of gambling.

In August 2021, the VRGF renewed its partnership with Cricket Victoria—the cricket-governing body of Victoria—for another year. This renewal covered the two (W)BBL-playing Victorian franchises — the Melbourne Stars and the Melbourne Renegades — among other cricketing organisations falling under the ambit of Cricket Victoria.

The Melbourne, Victoria-based brewing company was announced as the Official Beer & Cider Partner of the Renegades in August 2021 on a three-year deal. Apart from branding rights, the partnership also grants Colonial pourage rights at all Renegades events, most prominently at the CitiPower Centre at Junction Oval.

The Tanunda, South Australia-based winery became the Official Wine Partner of Cricket Victoria in December 2020, a deal that also covered the Melbourne Renegades.

As part of the deal, apart from branding rights, Turkey Flat’s wines are poured at all Renegades events.

“Inspired by and named after” Australian artist Adam Cullen, The Cullen is a 5-star hotel situated in Prahran, Melbourne and serves as the Official Accommodation Partner to the Melbourne Renegades.