Combat sport or contact sport is a type of competition in which two challengers face each other respecting some rules. The purpose of combat sports is to represent real hand-to-hand combat by setting limits that ensure the fighters’ integrity.

Let us look at some of the most popular combat sports. 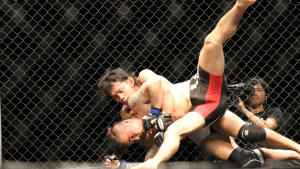 MMA – Mixed Martial Arts is a full-contact combat sport that incorporates various combat sports and martial arts techniques based on striking, grappling, and ground combat. Inside a cage, MMA bouts take place and are therefore also referred to as cage fighting. A referee supervises the MMA bouts. Either a knockout or submission is the most common way to decide the winner of an MMA bout. 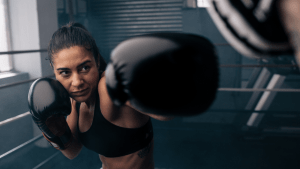 Boxing – In a boxing ring, boxing bouts occur over a fixed amount of time. Referees oversee boxing bouts. Boxing bouts consist of a set of rounds of one-to-three-minute intervals. In situations where an opponent cannot continue, the referee can decide a winner before completing the rounds. If both the opponents are still standing at the end of the final round, the judge’s scorecards will judge the winner. If both boxers receive equal scores, the bout is called a draw. But in Olympic boxing, as the winner must be announced, the winner will be declared on technical criteria. 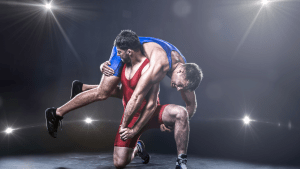 Wrestling – A wrestling match is a physical battle between two rivals or sparring partners who strive to achieve a superior position and retain it. Wrestling requires wrestling tactics such as clinch combat, throws and takedowns, joint locks, pins, and other grappling holds. Wrestling tactics, as well as military hand-to-hand fighting systems, have been introduced into other martial arts. 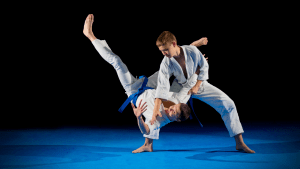 Judo – Judo is commonly classified as a modern martial art, with its origins originating from jujutsu. The sport’s most notable characteristic is its competitive aspect. Judo aims to immobilize or subdue an opponent with a pin, takedown an opponent to the ground, or compel an opponent to submit with a joint lock or a choke. Hand and foot attacks and thrusts and weapons defenses are part of judo, but only in pre-arranged ways and are not permitted to participate in judo or free practice. 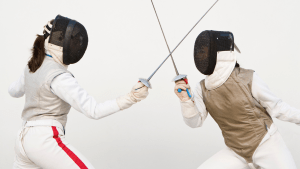 Fencing – A category of three linked fighting sports is fencing. In modern fencing, the three disciplines are the foil, the épée, and the saber. There are three types of modern fencing, each of which uses a different kind of weapon and has different rules; thus, the sport itself is divided into three competitive scenes: foil, épée, and saber. The interaction of the weapon with an opponent makes winning points. Many competitive fencers decide to specialize in just one arm. Fencing was one of the first events to be played at the Olympics. 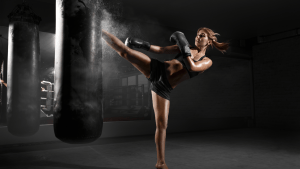 Kickboxing – Kickboxing is a kick and punch-based stand-up fighting sport, traditionally derived from Karate combined with boxing. It is a hybrid martial art developed from the fusion of elements of different traditional styles. The sport is a practice for self-defense, general fitness, or as a contact sport.

Also Read –Blood, cuts and bruises: Welcome to the world of Bare-Knuckle Boxing 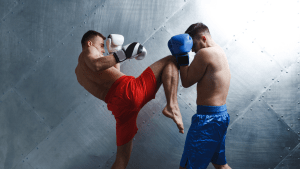 Muay Thai – Muay Thai uses stand-up striking along with different strategies for clinching. As distinguished by the integrated use of fists, elbows, knees, and shins, this discipline is known as the art of eight limbs. Muay Thai is linked to styles of martial art in the Indian cultural sphere. A Muay Thai practitioner is referred to as a Nak Muay. 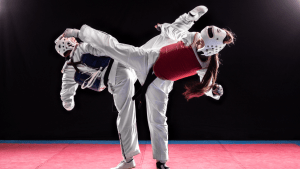 Taekwondo – Taekwondo focuses on head-height kicks, jumping, spinning kicks, and fast kicking techniques. For attacks that include spinning punches, kicks to the head, or both, World Taekwondo sparring competitions grant extra points. Taekwondo typically adopts stances that are narrower and taller to facilitate fast, turning kicks. It is assumed that the tradeoff of reduced stability is worth the proportional increase in agility. 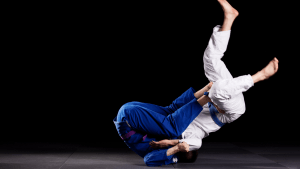 Brazilian Jiu-Jitsu – The martial art of self-defense, Brazilian Jiu-Jitsu, is focused on wrestling, ground combat, and submission. It focuses on the ability to take an opponent to the ground, dominate one’s opponent, establish a dominant position, and use various methods to compel them through joint locks or chokeholds to submit. 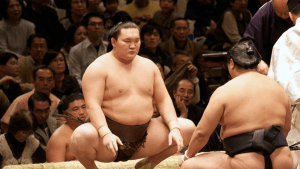 Sumo – Sumo wrestling is a type of full-contact competitive wrestling where a rikishi (wrestler) tries to pressurize his competitor out of a circular ring or hit the ground by tossing, shoving, pressing him down with any body part other than the soles of his feet.

Also Read –How does Bare-Knuckle Fighting differ from UFC? 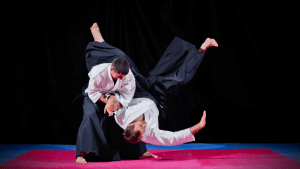 Aikido – Aikido is a Japanese Martial Art. It is a martial art discipline that doesn’t treat violence with spherical movements through which an attacker’s aggressive force is turned against themselves. Using an opponent’s momentum is vital for Aikido’s leading techniques.
Aikido practices techniques against various attacks such as strikes, kicks, punches, chokes, multiple-person attacks, and attacks with weapons. Aikido students are always taught to resolve the conflict in a non-disruptive, non-lethal, yet effective manner.
Aikido also emphasizes respect and courtesy as vital parts of the discipline. The sport encourages achieving complete mental calm and control of one’s body to master an attack, learning how to deal with your own and opponent’s energy. 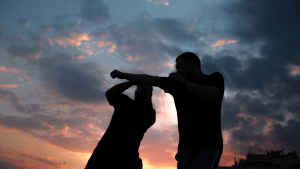 Krav Maga – Krav Maga, or “contact combat” in Hebrew, was initially taught to the Israeli army. This style of fighting combines the most effective techniques from various martial arts and fight training. It’s a pure self-defense and strike system designed to neutralize threats.
Krav Maga offers a mixed focus but concentrates on defending yourself while simultaneously attacking vulnerable areas such as eyes, nose, neck, and groin. Taking advantage of any weapons or object nearby are also skills taught to students. There are no competitions or elaborate choreographies. Krav Maga teaches you pure self-defense and survival. 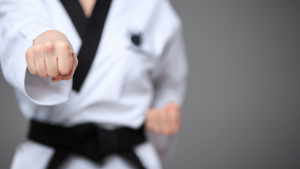 Karate – Karate is a self-defense sport of Japanese origin practiced with bare hands, and the blows, usually given with the feet and the hands that must stop before reaching the opponent’s body. There is some overlapping of technique with other fighting styles. Like other Asian martial-arts disciplines, Karate stresses rituals of courtesy, mental attitude, costumes, and a complex ranking system (by the color of belt). 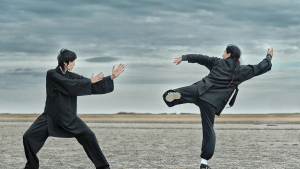 Kung Fu – Kung Fu is one of the several types of Chinese-origin sport practiced with or without weapons; it is similar to Karate but requires more legwork. 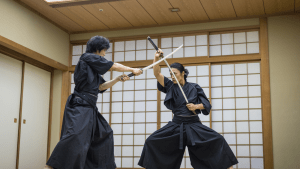 Kendo – Kendo is a form of fencing where the opponents wear protection and fight with a bamboo saber.

Rise of MMA in India and what lies ahead

Top 10 UFC fighters of all time