Following are the companies and organisations that serve as sponsors and brand partners to Big Bash League franchise, the Perth Scorchers, and enjoy a strong branding presence across their physical and digital assets. 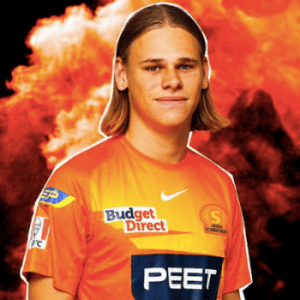 The Perth-based Australian real estate group first joined the Scorchers’ sponsorship portfolio as their Community Partner in November 2018. The following season, the partnership was renewed in a two-year agreement, making PEET a Major Partner of the Scorchers’ men’s team and an Official Partner of their women’s team.

In July 2021, PEET was announced as the Principal Partner of both the men’s and the women’s teams of the franchise to cover the 2021-22 season, serving as the principal front-of-matchday-shirt sponsor to the teams. 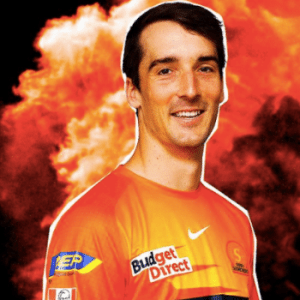 Budget Direct, a Brisbane-headquartered Australian car and home insurance brand of Auto & General, was announced as an Official Partner of the Scorchers in December 2021.

The deal granted Budget Direct’s logo a spot on the Scorchers’ matchday shirt, and the company also became a contributor to the Scorchers’ official charity partner, Variety WA, via the ‘Budget Direct Boundaries for Kids’ fundraising initiative; it donated AU$300 for every six and AU$100 for every four the Scorchers hit in the 2020-21 BBL season, with nearly AU$50,000 pledged towards children across Western Australia who were “sick, disadvantaged or living with a disability”.

Currently, Budget Direct is listed as a Major Partner of the Scorchers on their website. 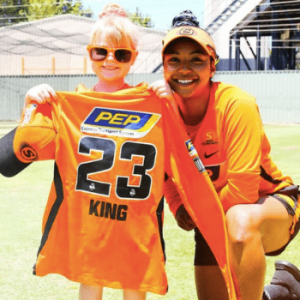 The Kewdale-based Australian transportation services provider was announced as a Major Partner of the Scorchers in August 2021 to cover the 2021-22 season.

The Perth-based public university officially signed a strategic partnership with the Western Australian Cricket Association (WACA) in September 2018, although the two parties had been collaborating since 2011 when the Murdoch Sports Science department started helping the WACA players fine-tune their game.

The WACA deal also covered the Perth Scorchers, whom Murdoch University serves as an Official Partner. Apart from branding rights, the deal sees the Scorchers leverage the deal to enlist the help of the Murdoch Sports Science department for performance analysis, with the two parties also often engaging in producing co-branded content.

The Australian division of the Tokyo-headquartered Japanese manufacturer of construction, mining, and industrial equipment was announced as an Official Partner of the team in November 2021 in a deal covering both the men’s and the women’s teams of the Scorchers.

The partnership sees Komatsu’s logo feature on the Scorchers’ playing pants for the 2021-22 season.

Variety is a kids-focused charity organisation that aims to support children with special needs across Western Australia. As the official charity partner of the Perth Scorchers, Variety works with the franchise over several community projects, with the former helping the charity by bringing other organisations on board (Budget DIrect, case in point).

Operating at a frequency of 93.7 MHz, Nova 93.7 is a commercial radio station operating in Perth that is jointly owned by Sydney-headquartered NOVA Entertainment and Australian Radio Network. It serves as the official Media Partner to the Perth Scorchers.