Following are the companies and organisations that serve as sponsors and brand partners to Big Bash League franchise, the Sydney Thunder, and enjoy a strong branding presence across their physical and digital assets. 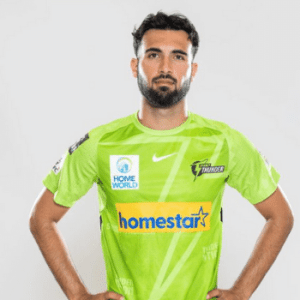 The Australian online home loan lender initially signed on as an Official Partner of the Thunder in 2017, before going on to become their Principal Partner in September 2021 on a three-year deal.

As part of the branding rights, the Homestar Finance logo features on the Thunder’s matchday shirt (front and centre) as well as helmets and caps throughout a WBBL/BBL season. 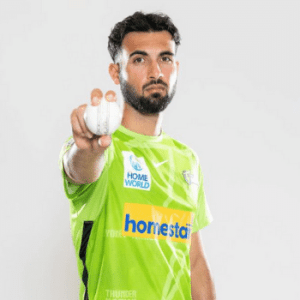 HomeWorld, a company that describes itself as “Australia’s leading new display home village developer and manager”, has been the Major Partner of the Thunder since the 2015-16 season. The last renewal between the two parties was announced in October 2020 — a two-year deal.

Chamberlain, a New South Wales-based “Do It Yourself” brand that describes itself as “the world’s largest manufacturer of automatic garage door openers and accessories”, has been an Official Partner of the club since October 2020.

During the 2020 WBBL season, Chamberlain’s logo featured on the back and sleeve of the Thunder’s matchday shirt. During the 2021 WBBL season, it served as their principal front-of-matchday-shirt sponsor as part of a renewed agreement between the two parties that was announced in September 2021.

Charter Hall’s sponsorship of the Sydney Thunder is part of the Sydney-based property investment management company’s two-year deal with Cricket NSW (the governing body of cricket in the Australian state of New South Wales), which primarily focuses on supporting women’s cricket and was announced in December 2021.

In October 2020, Cricket NSW signed a two-year deal with the NSW Office of Responsible Gambling, an organisation that aims to deal with the problem of gambling addiction within the Australian state of New South Wales. As per the partnership, major cricket teams (along with the free-to-air TV broadcasts of their matches) falling under the ambit of Cricket NSW have pledged to not feature sponsorships or ads of any betting and/or gambling companies.

Thus, both Sydney WBBL/BBL franchises, the Sydney Thunder and the Sydney Sixers, have GambleAware as a Community Partner.

Transport for NSW (What’s Your Plan B)

Transport for NSW is the transport and roads agency of the New South Wales Government that also serves as a Community Partner to the Thunder due to its partnership with Cricket NSW.

The partnership is primarily focused on Transport for NSW’s What’s Your Plan B campaign, which is aimed at encouraging NSW’s population to find an alternative to driving themselves when going out for drinks.

Sydney Olympic Park is a suburb of Greater Western Sydney, and The Sydney Olympic Park Authority is the body responsible for undertaking and managing all community projects and assets pertaining to the Park, which also serves as a Community Partner to the Sydney Thunder.

On its website, Sydney Water is described as “Australia’s largest water utility, providing water, wastewater, recycled water and some stormwater services to Greater Sydney”. It has served as the Hydration Partner to the Thunder since September 2015. Apart from branding rights, the partnership is focused on showcasing the benefits of drinking tap water via co-branded “community education and engagement” initiatives.

The West Hollywood, California-headquartered global ticketing marketplace serves as the Ticketing Partner to the Thunder. Apart from branding rights, the deal makes Ticketmaster the only marketplace where one can acquire the franchise’s membership packages.