Born out of a merger between two of Indian football’s most successful clubs, Mohun Bagan and three-time ISL champions ATK, ATK Mohun Bagan came into existence in June 2020.

Coached by Antonio López Habas, ATK Mohun Bagan finished runners-up during their first ISL campaign and will look to better that as they head into the 2021 season. 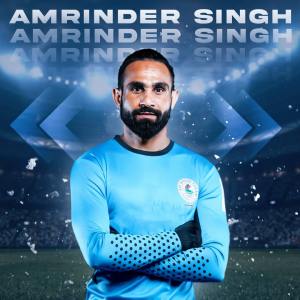 Amrinder Singh is one of the most decorated Indian shot-stoppers in the country right now. He started his career with Pune FC before being loaned out to ATK during the second ISL season.

After loans with Bengaluru and Mumbai City FC, Singh served as Mumbai City’s no. 1 between 2017-2021 before joining ATK Mohun Bagan for the 2021 season.

A winner of the I-League, the Federation Cup and the ISL, Singh is crucial to ATK Mohun Bagan’s campaign. 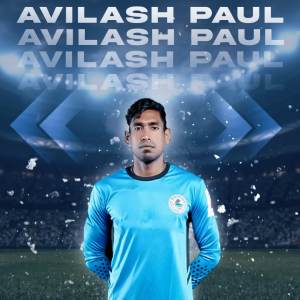 Another Pune FC graduate, Paul had his top-level debut with East Bengal in 2016. After being loaned out to Mumbai-based Kenkre FC from East Bengal, Paul put in impressive performances that earned him a call up with I-League champions Aizwal FC.

Paul had a breakthrough season with Aizwal in the 2017/18 season that saw him finish with the second-most clean sheets in the I-League and even represented Aizwal at the 2018 AFC Champions League and the AFC Cup.

Paul joined ATK in 2018 and the club have retained the 26-year-old in their new guise of ATK Mohun Bagan. 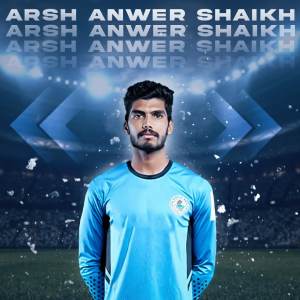 19-year-old Arsh Anwer Shaikh is a product of the ATK youth academy.

Rising through the ranks, Shaikh has represented ATK at the U18 level before being signed on for the senior team. 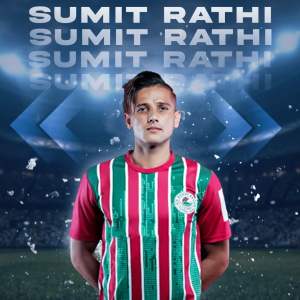 A product of the Indian Arrows academy, Rathi joined the ATK family in 2018.

After a year with ATK’s B-team, the 20-year-old made his senior debut with the club in 2019. ATK retained the promising young defender post their merger with Mohun Bagan.

During ATK’s championship-winning season in 2019/20, Rathi was awarded the Emerging Player of the Season award. 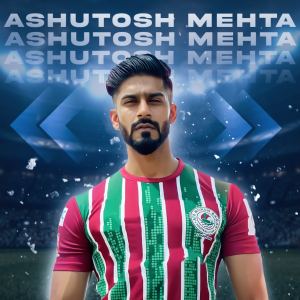 Mehta made his debut more than a decade ago with the now-defunct Mumbai Football Club who were part of the I-League. After five years with the Mumbai team, Mehta joined on the ISL bandwagon, signing on for Mumbai City.

Even though initially he didn’t get a lot of game time with Mumbai City, Mehta spent a season on loan with Aizwal FC, who went on to win the I-League during that time. Mehta was then signed up by ATK in 2017, but a year later he switched to Pune City.

After spells with Mohun Bagan and NorthEast United, Mehta has now returned to ATK Mohun Bagan to get that elusive ISL trophy. 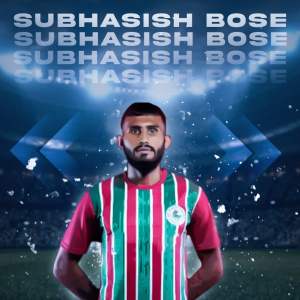 Another Pune FC graduate, Bose was with the Pune side’s youth team between 2012 and 2016 before being signed on by Sporting Goa. After an impressive I-League season, Bengaluru FC signed the Kolkata-born left-back. Bose slowly made himself an indispensible member of the Bengaluru squad with stellar performances that also led to a national team call up.

Bose signed for Mumbai City FC in 2018 and after two seasons with them joined ATK Mohun Bagan in 2020. 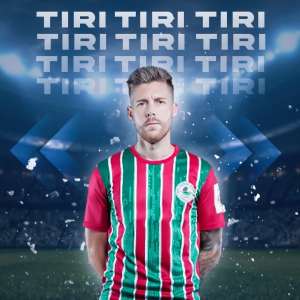 After a promising youth career with Spanish club Cádiz, Tiri signed up with Atlético Madrid in 2012. Even though he didn’t play for the first team, Tiri made 85 appearances for Atlético’s B-team.

When the ISL came about, Tiri joined ATK in 2015, given the ties between the two clubs at the time, and remained with them until 2017. He then returned home to play for Marbella for the 2017 season, but lack of game time saw the Spaniard return to the ISL with Jamshedpur FC. Following three seasons with Jamshedpur, Tiri rejoined the ATK family in 2020. 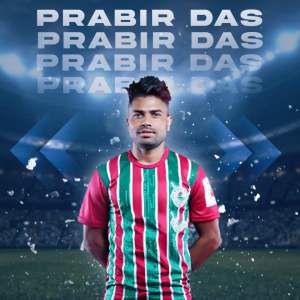 The 27-year-old right-wingback has been around the Indian football circuit for quite some time now. Das made his I-League debut with Pailan Arrows in 2012. An impressive debut season saw Dempo sign up the Kolkata-born wingback.

After two seasons with Dempo, Das joined Mohun Bagan on a two-year deal. During his initial season with the Kolkata giants, Das didn’t get a lot of game time and was loaned out to the Delhi Dynamos for a season.

Das was signed by ATK in 2016 and played a crucial role in helping them lift their second ISL trophy in 2016. Das was retained by ATK in 2020 post their merger with Mohun Bagan. 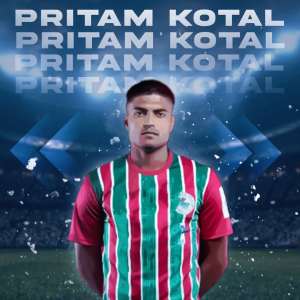 One of the most versatile right-backs in Indian football today, Kotal started his career with Indian Arrows in 2011. After two seasons with Arrows, he was roped in by Mohun Bagan where he spent four years.

During his time with Mohun Bagan, Kotal was loaned out to Pune City and ATK, and was with the latter during their 2016 championship-winning season.

After a disappointing season with the Delhi Dynamos in 2017, Kotal signed on for ATK in 2018, where he has been since. 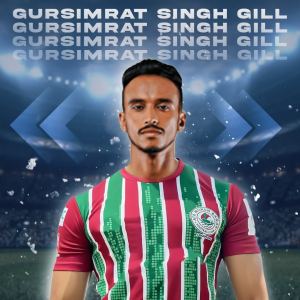 24 year old Gill, hailing from Sarabha in Punjab, graduated from the AIFF Elite Academy in 2016 before signing for Bengaluru FC the same year. Limited opportunities saw Gill join NorthEast United the following year but same issues meant he returned to Bengaluru FC in 2018.

His second stint saw him spend two seasons with the club before joining Bengaluru United FC in 2020. Gill stayed on in the I-League with Sudeva Delhi before joining ATK Mohun Bagan in October 2021, making his return to the I-League. 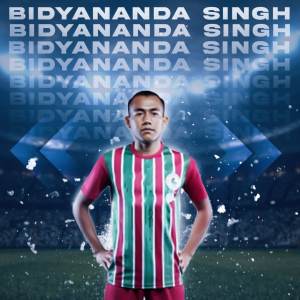 One of the most promising prospects of Indian football currently, the 23-year-old defensive midfielder became only the second Indian to be selected for the Aspire Academy’s all-star team in Qatar in 2014.

Singh spent his youth career with the AIFF Elite Academy and Bengaluru FC before ATK signed him up in 2016. He returned to Bengaluru in 2017 before joining Mumbai City FC on a two-year deal in 2019. ATK Mohun Bagan signed Singh in 2021. 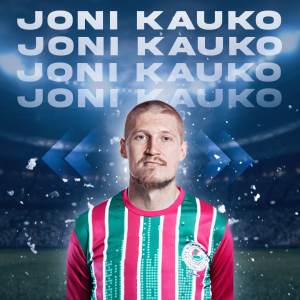 A veteran Finnish midfielder, Kauko started his career in 2008 with Finnish side Inter Turku. After spells with Lahit, FSV Frankfurt, Energie Cottbus, Randers and Esbjerg, the now 31-year-old signed for ATK Mohun Bagan in 2021.

Apart from his vast experience, Kauko has also represented his national side 28 teams and has captained the national team at junior levels. 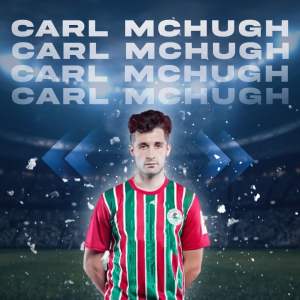 Now 28, McHugh joined English club Reading when he was 16. After loan spells with Swindon Supermarine and Dundaik, McHugh joined Bradford City where he made his professional debut.

Further spells with Plymouth Argyle and Motherwell saw the Irish midfielder gain experience which he brought to ATK when he joined them in 2019. McHugh scored on his debut and was a part of ATK’s 2019 championship-winning squad, but he had to spend most of it on the sidelines due to injury. 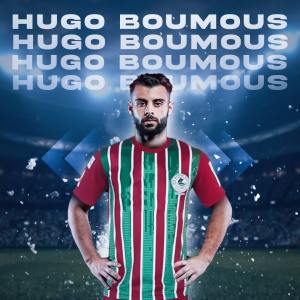 French-Moroccan Boumous has been quite the revelation since his arrival in the ISL in 2018. After spells with French side Stade Laval and Moroccan side Moghreb Tétouan, Boumous joined FC Goa in 2018. The attacking midfielder had an impressive debut season, winning the Player of the Tournament award.

Mumbai City FC signed Boumous on a then-record fee before ATK Mohun Bagan broke the transfer fee record again in 2021, signing Boumous on a five-year deal for US$280,000. 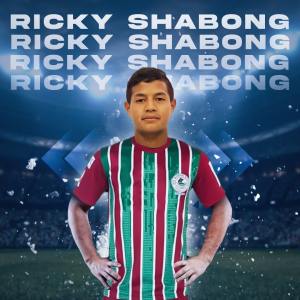 18-year-old Shabong made his professional debut with Indian Arrows after a successful youth career with Royal Wahingdoh FC that saw him get U14 and U16 national team call ups. After one season in the I-League, Shabong was signed up by ATK Mohun Bagan in 2020. 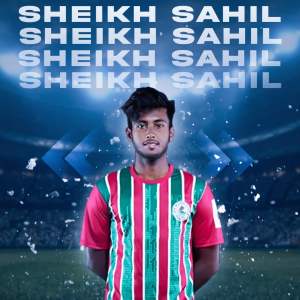 The Mohun Bagan youth academy graduate made his debut in the 2019 I-League season for Mohun Bagan, when the Kolkata team went on to win the I-League trophy.

After an impressive debut season, Sahil was retained by Mohun Bagan when they merged with ATK in 2020. 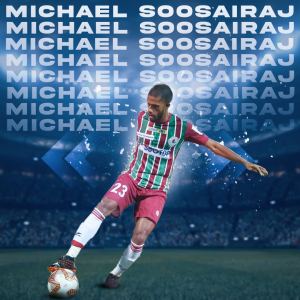 As a kid, Soosairaj spent five years at Arrows Football Club before he got picked up by Chennai City in 2016. The now 26-year-old midfielder made his professional debut with them in the I-League and had a stellar 2017/18 season that won him the Best Midfielder Award.

Soosairaj’s performances caught the eyes of ISL teams and, eventually, Jamshedpur FC signed him up for the 2018/19 season. After an impressive season with Jamshedpur, Soosairaj was roped in by ATK after they activated his release clause. 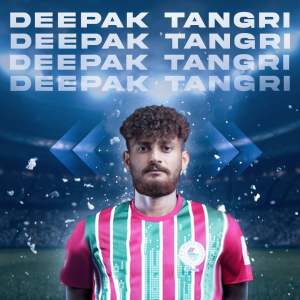 Member of the Mohun Bagan youth academy, the 22-year-old defensive midfielder made his professional debut with Indian Arrows in 2017. Following two seasons with Arrows, Tangri was signed up by ISL club Chennaiyin.

After two years with the Chennai outfit, Tangri rejoined the Mohun Bagan family in 2021 on a two-year deal. 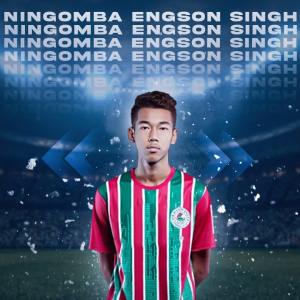 A member of the ATK youth academy, Singh made his professional debut for ATK during last season’s ISL game against Odisha FC. 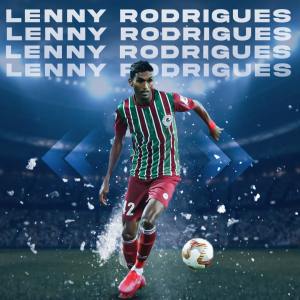 One of the most experienced members in the ATK Mohun Bagan squad, Rodrigues started his career in 2008 with Churchill Brothers. Rodrigues was a two time I-League winner and won the Federation Cup and the Durand Cup with the Goan side.

Rodrigues was roped up by Pune City FC in the first ISL edition and spent two years with the team, even though he went on loan to Mohun Bagan (2016) and Bengaluru FC (2017).

Rodrigues made his move to Bengaluru FC a permanent one in 2017 and stayed with the club for two seasons before moving to FC Goa. After three seasons with his home team, he was signed up by ATK Mohun Bagan. 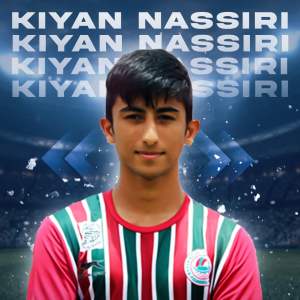 Hailing from one of India’s most well-known footballing families, son of Jamshid Nassiri, Kiyan spent his youth career with Mohun Bagan before making his professional debut for the Kolkata side during the 2019 I-League season.

After the merger of Mohun Bagan and ATK, Nassiri was signed on a long-term contract by the side. 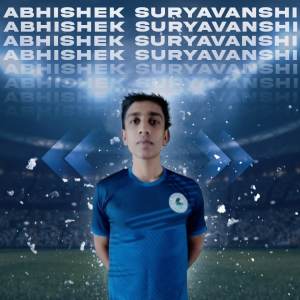 20-year-old Abhishek spent his junior career with Pride U16 and Shivajians U18 before joining the ATK youth program.

After stints with ATK’s U18 and second team, the young midfielder was signed up by the senior squad in 2021. 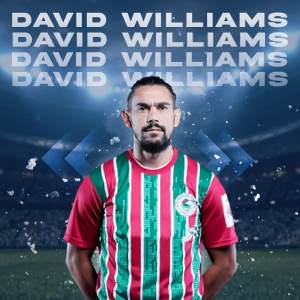 An Australian legend, Williams has represented eight different teams in his 15-year career.

Williams spent his youth training with Club Brugge and Liverpool before signing on for Queensland Roar in 2006. He went on to represent Danish club Brøndby before returning to Australia with North Queensland Fury. After a loan spell with Sydney FC, Williams joined Melbourne City where he represented the club over a hundred times during his five-year stint between 2011 and 2016.

Williams had a successful stint with Hungarian squad Szombathelyi Haladás before returning to the A-League with Wellington Phoenix. Williams joined ATK in 2019 and was retained by the squad post their merger with Mohun Bagan. 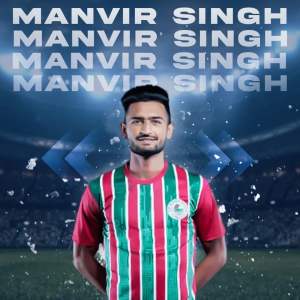 After stints with Punjab FC and Mohammedan SC in his youth career, Singh made his professional debut with FC Goa in 2017.

Following a sporadic three-year spell with FC Goa, Singh joined ATK Mohun Bagan and has impressed with the Kolkata giants in his short time with them. A promising asset, Singh earned his maiden national team call up during the 2017 Hero Tri-Nation Series.

Goa-born Colaço started his youth career with his home team Salgaocar. Successful stints with Salgoacar’s U18 and U19 teams saw Colaço get a senior team call up from FC Goa. But Colaço didn’t get a lot of opportunities during his stint with Goa and was sold to Hyderabad FC in 2020.

ATK Mohun Bagan signed the 22-year-old in 2021, having paid a record fee of INR 1 crore for an Indian player. 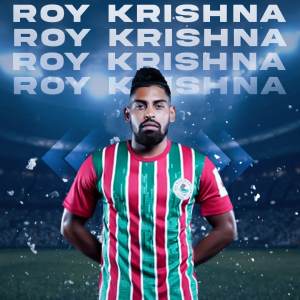 ‘Captain fantastic’ Roy Krishna started his career with New Zealand side Waitakere United in 2008, where he managed to score more than 50 goals in just over four seasons. Krishna’s talent saw him get an A-League call with Wellington Phoenix and his performances at Phoenix saw ATK show interest in the Fiji national team’s captain.

Krishna joined ATK in 2019 and has already found the back of the net more than 25 times inside two seasons.