Following are the companies and organisations that serve as sponsors and brand partners to Indian Super League club SC East Bengal and enjoy a strong branding presence across their physical and digital assets. 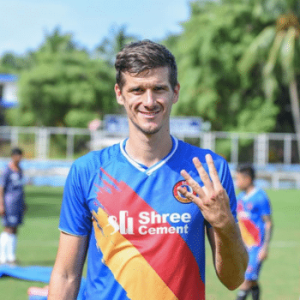 The majority shareholder of East Bengal expressed its desire to end its sponsorship before the start of this season. The deal between East Bengal and Shree Cement only remains for one more year, and the deal that was on the verge of ending was saved by the intervention of West Bengal’s Chief Minister Mamta Banarjee, who brought the conflicting parties together at her behest.

The deal, when initially signed, was a five-year agreement and only had one year remaining on the contract. Shree Cement ended its contract and returned the club their sporting rights in August 2021, which put the club in a huge financial crisis just before the season started in November. However, just two days later, the deal was back, and Shree Cement thus remains the principal sponsor of East Bengal. 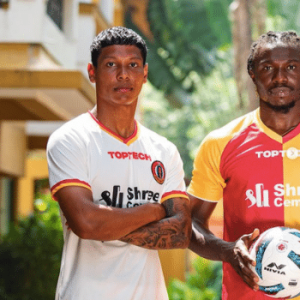 TopTech TMT is one of the leading companies in India’s steel industry and became the associate partner of SC East Bengal in November 2020. It is one of the fastest-growing TMT brands, and has been excited to partner up with one of the original fighters of Indian football.

TopTech will always be the loudest sponsor of The Red & Yellow Brigade, and will be placed on the front of their jerseys for their 2021/22 ISL season.

With this only being their second season in the ISL, East Bengal will look to make a statement and express their footballing heritage on the pitch.

Reyaur Sports, one of India’s most exciting and fast-growing sportswear brands, is the official kitting and merchandising partner of SC East Bengal in Indian Super League.