Following are the companies and organisations that serve as sponsors and brand partners to Indian Super League club Bengaluru FC and enjoy a strong branding presence across their physical and digital assets. 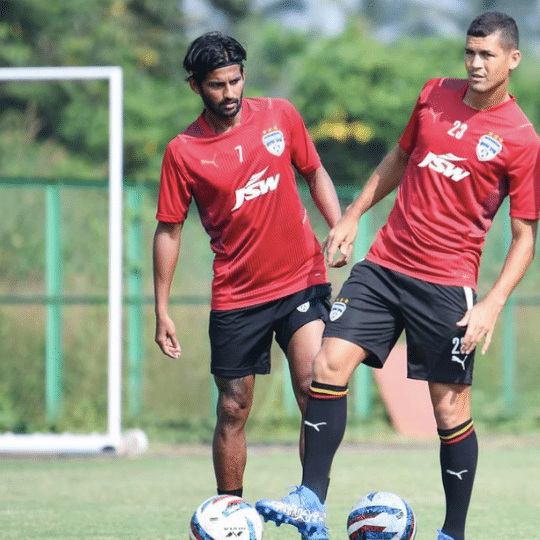 The Mumbai-headquartered Indian conglomerate, which operates in the steel, energy, minerals, ports & infrastructure, and cement sectors, serves as the principal front-of-matchday-shirt sponsor to Bengaluru FC since the 2020-21 season. Previously, JSW served the club in the same capacity between 2013 and 2018, before being replaced by South Korean automaker Kia for two seasons (2018-19 and 2019-20).

In December 2019, the club also onboarded the paint manufacturing division of JSW — JSW Paints — as their Official Paints Partner in a one-year deal. Apart from branding rights, the deal saw JSW Paints supply paint to the stadium-going fans to help them design their banners. 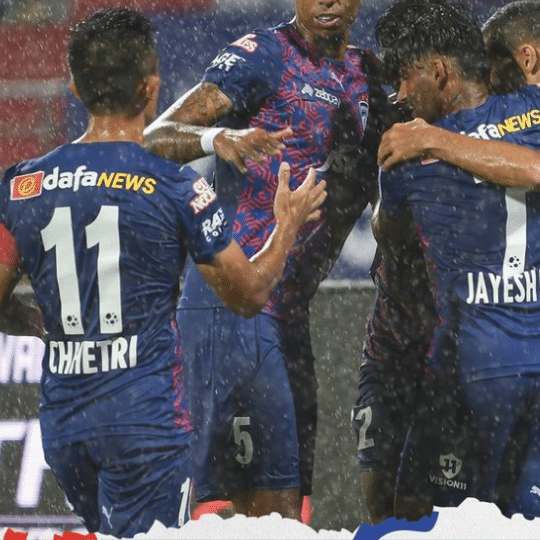 The sports portal of the Philippines-based online gambling company Dafabet initially became a partner of the club in a one-year deal in October 2019. The deal saw the DafaNews logo feature on the team’s matchday shirts (in the front, below the collar) throughout the 2019-20 season. 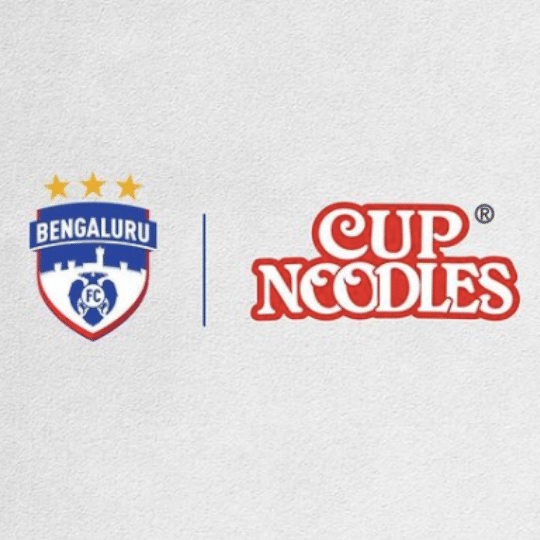 The Shinjuku, Tokyo-headquartered Japanese convenience food producer was announced as the Official Instant Noodles Partner of the club in September 2018. Bengaluru FC became the first-ever Indian football club to partner with the Japanese brand.

The New Delhi-headquartered Indian coffee brand was announced as an Official Partner of the club in October 2021 on a two-year deal. 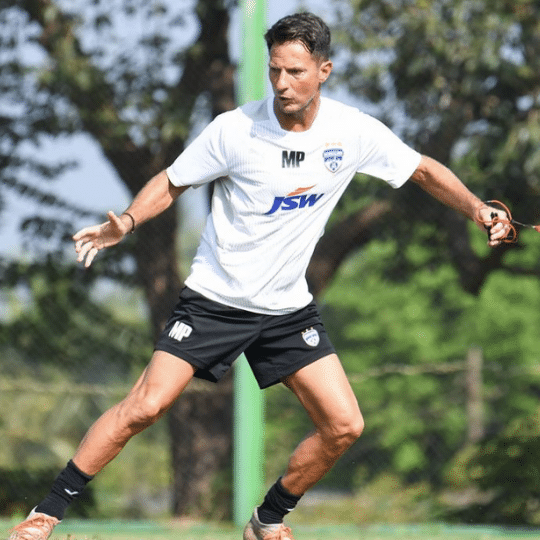 The German sportswear giant was first announced as the official kit supplier of the club in July 2014, with the deal having kicked off with the 2014-15 season.

In September 2020, the two extended their partnership in a “long-term” agreement.

In October 2021, Bengaluru FC onboarded Fitogether as their official Team Performance partner on a two-year deal. Apart from branding rights, the deal sees Fitogether supply its products to the club as well as provide them bespoke fitness solutions. 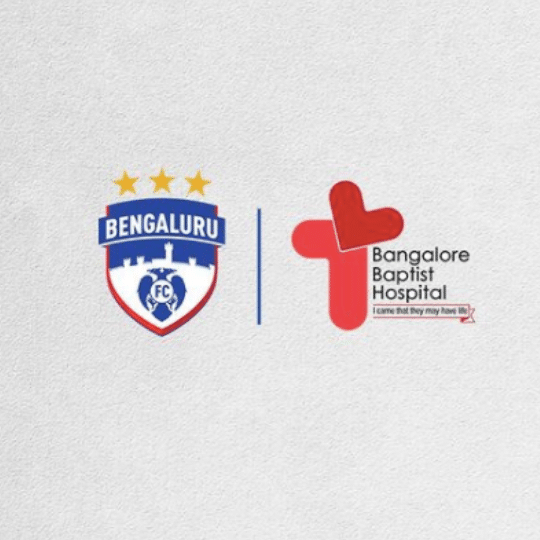 The Bangalore-based hospital has been serving the club as their Official Medical Partner since November 2019. Apart from branding rights, the deal sees the hospital provide the club with ambulances for their matches as well as medical assistance for all of their teams. 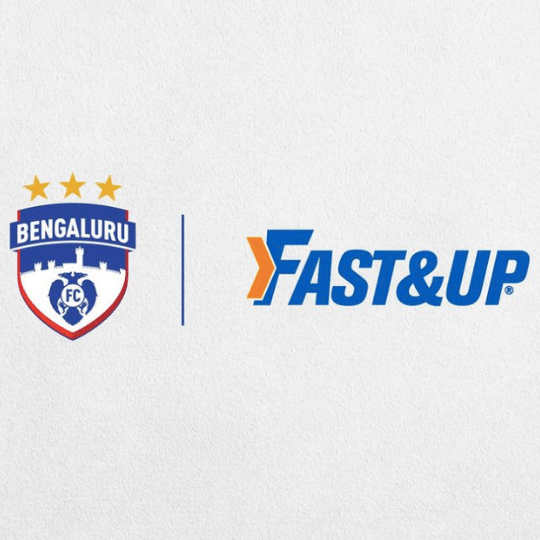 The Mumbai-headquartered Indian nutrition and supplements brand was announced as the club’s nutrition partner for the 2021-22 season in November 2021. Apart from branding rights, the deal sees Fast&Up take care of the nutritional requirements of the club.

The Inspire Institute of Sport is an Indian sports institute situated in Vijayanagar, Karnataka. It frequently plays host to Bengaluru FC for their pre-season training camps. 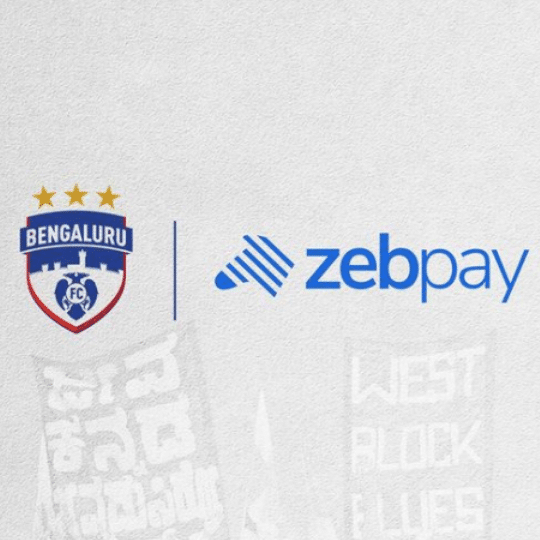 The Singapore-headquartered Indian crypto trading platform was announced as the club’s Official Crypto-Exchange Partner in November 2021 on a one-year deal. 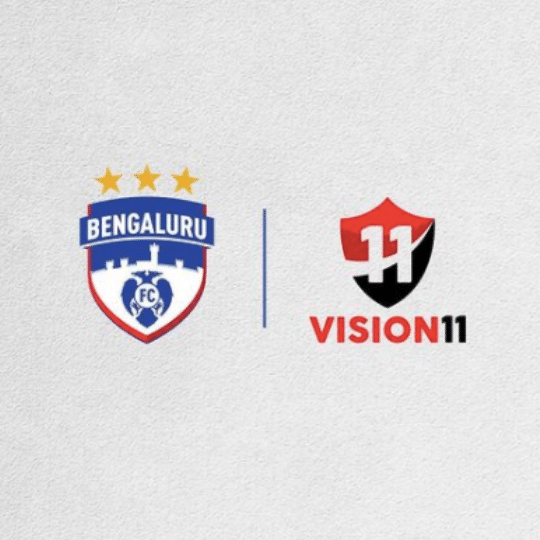 The Scottish Premiership club was announced as an Official Club Partner of Bengaluru FC in September 2019 on a two-year deal with option to extend it further.

The deal entails the two parties collaborating over both footballing and commercial projects that include Rangers’ legends visiting India for fan-engagement activities, with Rangers also conducting soccer schools in Bengaluru while also bringing their academy players to Bengaluru FC’s training centre.