Following are the companies and organisations that serve as sponsors and brand partners to Indian Super League club FC Goa and enjoy a strong branding presence across their physical and digital assets. 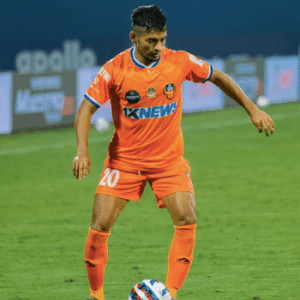 Owned by Cyprus-based online gambling company 1xBet, online news portal 1xNews was announced as the Main Principal Sponsor of the club in November 2021 in a deal covering the 2021-22 season that would see 1xNews serve as the main front-of-shirt sponsor for FC Goa’s matchday and training kits. 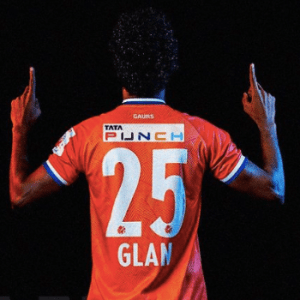 The Tata Motors-manufactured crossover SUV was announced as the Principal Sponsor of the club in November 2021 in a deal covering the 2021-22 season that would see Tata Punch serve as the back-of-shirt sponsor for the matchday and training kits of the club’s first and development teams.

The deal is also set to see Tata Punch support the Little Gaurs League, which is a grassroots-level tournament organised by the club’s charity arm, Forca Goa Foundation.

The blended whisky and whisky glasses brand serves as an Associate Sponsor to the club since November 2020. Oaksmith Gold also serves as the chest sponsor (front of shirt, opposite to club crest) on the club’s matchday shirts.

FC Goa announced Shiba Inu-inspired cryptocurrency Floki Inu as one of their Associate Sponsors in November 2021. The partnership is aimed at promoting Floki around the world.

Advertising itself as “the people’s cryptocurrency”, Floki aims to help communities across the world and has the vision of building a school in every continent—eventually building one in every underdeveloped nation—to which end it has also partnered with Pencils of Promise, which is a non-profit organisation that aims to provide educational opportunities in the developing and under-developed nations.

Socios.com helps the club offer their fans a chance to obtain Fan Tokens that will allow them to participate in several club-oriented activities. These Fan Tokens are limited in number and can be bought, sold or won in an augmented reality in-game (‘Token Hunt’).

Socios.com is also the matchday-shirt sleeve sponsor for the club for the 2021-22 season. 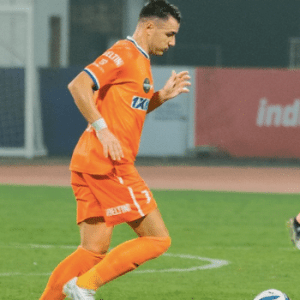 The Panjim, Goa-based chain of hotels and casinos has been a long-time partner of the club.

Deltin first joined the club’s sponsorship portfolio as their Principal Sponsor in September 2016, serving as their main front-of-matchday-shirt sponsor from 2016 to 2018. Then, it served them as a chest sponsor for their matchday shirts during the 2019-20 season.

In November 2020, Deltin’s association with the Gaurs was extended again, with the club keeping it on board as an Associate Sponsor.

The Mira-Bhayandar-based Indian sports equipment manufacturer was announced as FC Goa’s Official Kit and Merchandise Partner in August 2021 on a “multi-year” deal.

The deal sees Reyaur provide the club playing, training and travel wear for their senior and youth men’s teams, with the partnership also covering the non-playing staff (coaching and supporting). Reyaur also oversees production and sale of club-themed merchandise.

Based out of Heerenveen, the Indian division of nutrition and supplements brand Optimum Nutrition was announced as the club’s Official Nutrition Partner in November 2020. Apart from branding rights, the deal sees Optimum help the club’s senior men’s team’s players with their nutritional needs.

FC Goa’s partnership with Optimum Nutrition was renewed in November 2021 to also cover the 2021-22 season.

The Porvorim, Goa-based internet services provider was announced as the Official Internet Partner of the club in November 2021 in a deal covering the 2021-22 season.

The Chicalim, Goa-based advertising agency serves as the Official Outdoor Partner to FC Goa since November 2021.

The Foundation was announced as the official Grassroots and Youth Development partner of FC Goa in August 2021. Apart from branding rights, the deal sees the two work together to provide educational and infrastructural support to the youth in the state of Goa to grow the game of football right from the grassroots level.

The main focus of the partnership is “Youth Development”, with initiatives including nationwide soccer camps and workshops in Goa at the behest of RB Leipzig’s academy coaches. Coaches and players from FC Goa’s youth set-up also visit the RB Leipzig academy for further training.