Following are the companies and organisations that serve as sponsors and brand partners to Serie A club Internazionale Milano (Inter Milan or simply Inter) and enjoy a strong branding presence across their physical and digital assets. 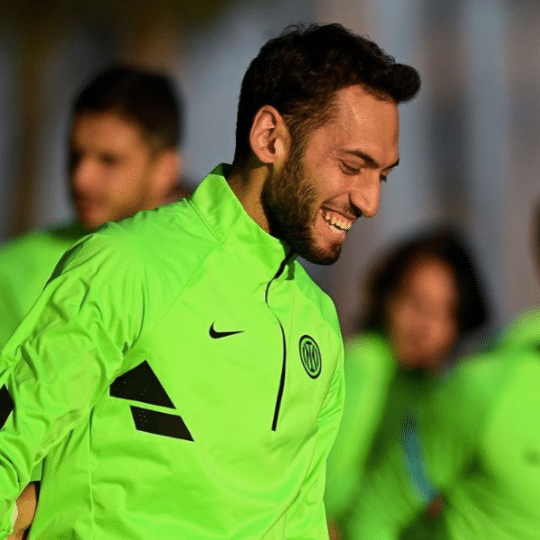 Nike has been the official technical partner of Inter since 1998, when it replaced Umbro as the official kit supplier of the Nerazzuri.

When Inter signed a ten-year extension with Nike in 2013, it was assumed to be worth €20m annually, running until June 2024. However, that turned out to not be the case.

In fact, the revenue Nike pays to Inter has been directly dependent on the club’s on-pitch performances, and since Inter were fairly mediocre in the second half of last decade, the projected revenue has been significantly lower than what was projected.

For the 2017-18 season, Nike paid Inter €4.3m. Subsequently, in October 2019, Inter announced they had taken back the retail and licensing rights from Nike, giving them more control on the sales and revenue. The current estimates suggest Nike pays Inter somewhere around €10m annually.

With the deal currently set to end in June 2024, Inter are already rumoured to be in the market for a new kit supplier. Adidas, which left Inter’s arch-rivals AC Milan two years ago, is famously linked with the club. 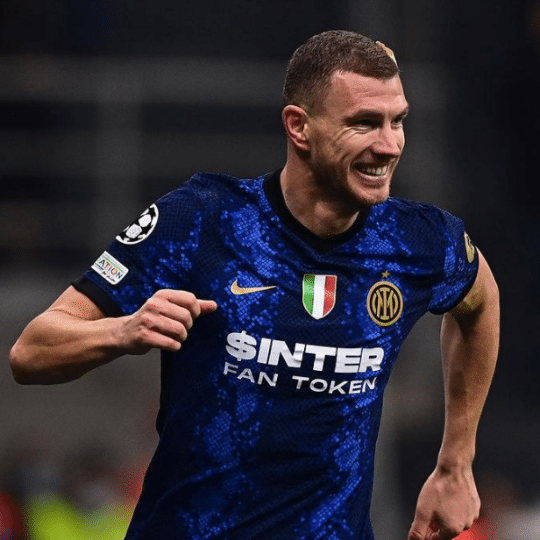 Inter Milan signed a one-year deal with cryptocurrency-based fan engagement platform Socios.com, which is powered by Gzira, Malta-based blockchain fintech provider Chiliz, in July 2021 to launch their own Fan Token ($INTER). The one-year deal has an option for a three-year extension.

Via Socios.com, Inter offer their fans a chance to obtain Fan Tokens that allow them to participate in several club-oriented activities. These Fan Tokens are limited in number and can be bought, sold or won in an augmented reality in-game.

Socios.com also acquired the front-of-shirt sponsorship rights for Inter’s matchday kits, replacing Pirelli’s historic presence on the front of the Inter shirt. Now, the text “$INTER FAN TOKEN by socios.com” can be seen emblazoned across the Inter kits, promoting their new Fan Token.

Milan-headquartered Italian tyre manufacturing giant Pirelli was the principal sponsor of Inter from 1995 to 2021. It was announced in March 2021 that the Pirelli logo would no longer front the Inter matchday kit. That spot was eventually taken by Socios.com in July 2021.

However, in May 2021, Inter announced that their association with Pirelli would continue despite having bid the shirt sponsorship goodbye. The new deal makes Pirelli Inter’s Global Tyre Partner and runs until the end of the 2023-24 season.

Privately-held Chinese company Suning Holdings Group acquired a majority stake in Inter for €270 million in 2016. It has enjoyed a formidable branding presence across Inter’s assets ever since.

Suning’s e-commerce site, Suning.com, has a training kit sponsorship deal with Inter since December 2016 worth €16m per year, which sees Suning.com’s logo appear on the front of Inter’s training kits. The two last renewed their deal in July 2020 in an agreement that currently runs through 2022.

DigitalBits now serves as the sleeve sponsor for Inter’s matchday kits, covering their men’s, women’s, Primavera and youth teams. Zytara also works with the club to integrate its banking solutions into their official app. The implementation of the DigitalBits blockchain also sees the XDB cryptocurrency become a viable payment option across Inter-authorised stores and venues.

Apart from branding rights, the deal sees Lenovo supply its products to bolster Inter’s technological resources. The Lenovo logo has also featured on the back of Inter’s training kits.

In July 2021, Inter extended their deal with Lenovo and made the company their back-of-matchday-shirt (below kit number) sponsor.

EA Sports signed an exclusive video game partnership deal with Inter in August 2020 ahead of the release of FIFA 21.

Swedish automotive brand Volvo is an official partner of Inter since 2007. In September 2020, the two renewed their partnership that would see Volvo continue to supply Inter with cars, including its then-new flagship model, the XC90 T8 Plug-in Hybrid.

American workforce solutions company Manpower Group is a Regional Partner and the Official HR Partner of Inter. Apart from branding rights, the deal sees the company extend its services to the club.

Partners since 2016, the two last extended their partnership in September 2021.

Snaipay is an Italian platform for resale of value-added services. Its parent company, Snaitech, is headquartered in Milan.

The Trenitalia-owned Italian high-speed train serves as the official train of Inter.

In September 2020, the two parties extended their partnership in a two-year agreement.

Inter announced the deal jointly alongside AC Milan, who also roped in A2A in the same capacity.

The deal grants A2A branding rights across Inter’s digital and physical assets with an aim to promote renewable energy sources for a sustainable environment.

The two parties last renewed their partnership in October 2020.

The Ragusa-based Italian coffee brand was announced as the Official Coffee Partner of the club in September 2021 on a two-year deal. Apart from branding rights, the deal entails collaboration over “marketing and communications activities”.

Campobasso-based pasta brand La Molisana was announced as the official pasta supplier of Inter in a two-year deal in October 2019. Apart from branding rights, the deal sees La Molisana provide its wide range of Pasta across Inter’s.

The two parties renewed their partnership in August 2021, with La Molisana also becoming a Regional Partner of the club in deal set to run until the end of the 2022-23 season.

Apart from branding rights, the deal sees Fratelli Beretta’s products made available at San Siro, the home ground for both Inter Milan and AC Milan, with whom Fratelli Beretta has a deal in place as well.

Headquartered in Legnago, Italian company Riello specialises in heating, air-conditioning and energy efficiency solutions. It was announced as the Official Regional Partner of the club for Mainland China in March 2021.

The Renhuai-based Chinese baijiu producer has been an official partner of the club since November 2018. Apart from branding rights, the deal sees the two parties collaborate over several fan engagement activities.

In July 2019, the two parties announced they would be producing a co-branded baijiu.

The Garessio-based Italian mineral water brand was announced as the club’s official water partner in April 2021 in a deal set to run until the end of the 2021-22 season.

The Italian winery was announced as the Official Wine Partner of the club in October 2021.

Italian travel agency Gattinoni serves as an official supplier to Inter since March 2018. Apart from branding rights, the deal sees Gattinoni provide its services for the club’s travels throughout the season.

Cesena-based technological fitness products manufacturer and supplier Technogym is an official supplier of Inter for over 20 years. Apart from branding rights, the deal sees Technogym supply its range of latest products to Inter’s training centre.

Headquartered in Purchase, New York, the American financial services provider has been a partner of the club since June 2018, with the two working together over several projects “to support innovation and solidarity”.