Following are the companies and organisations that serve as sponsors and brand partners to Ligue 1 club Paris Saint-Germain (PSG) and enjoy a strong branding presence across their physical and digital assets. 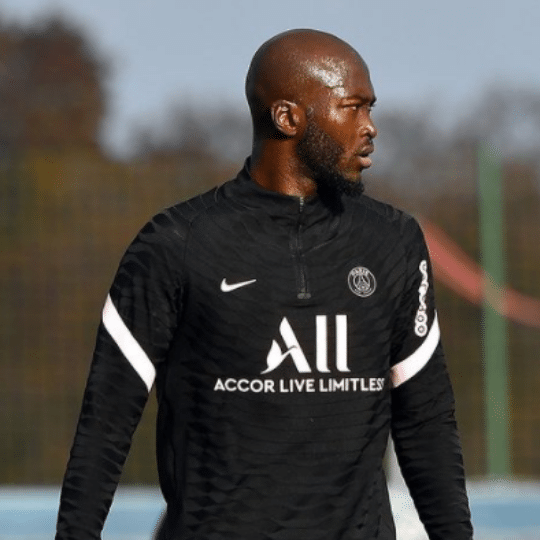 The American sportswear giant has been PSG’s technical partner since 1989, currently supplying the kits for their men’s and women’s football teams as well as their handball side.

In June 2019, PSG signed their ‘biggest sponsorship’ deal in history as they extended their partnership with Nike in a thirteen-year agreement reportedly worth in excess of €80 million per year, meaning by 2032 Nike will have supplied PSG kits for 43 years. 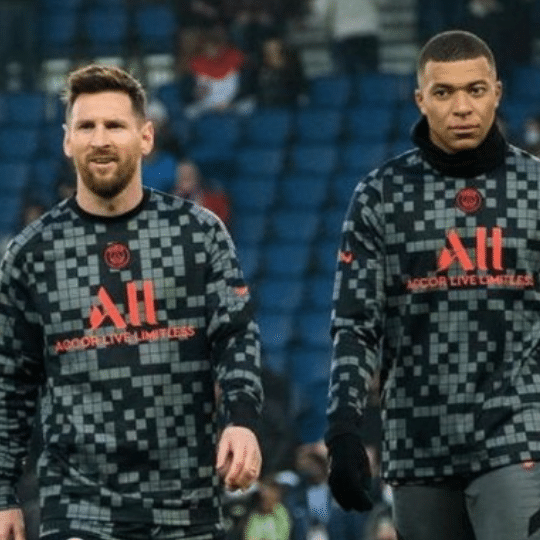 PSG ended their partnership with Emirates as their principal sponsor in February 2019 as they announced a new deal with French hospitality company Accor’s lifestyle loyalty programme, Accor Live Limitless (ALL).

The deal came at the back of PSG and Emirates unable to reach an agreement over the new revenue figure which ultimately saw the two parties part ways after a thirteen-year partnership.

Owned by Qatar Sports Investments (QSI), there is little surprise that PSG are also sponsored by the Qatar Tourism Authority (QTA). The sponsorship deal is aimed to promote Qatar’s positive image on a global scale and as a premium business and holiday travel destination.

The sponsorship deal, however, has been subject to major scrutiny from UEFA over the past few years. Multiple UEFA sanctions over the years have brought the value of the QTA deal down from €145m to €58m per year. Many investigations have been carried out and continue to run in the background as this deal is implied to be one of many that the QSI Group employs to put more money into the club than allowed by UEFA’s Financial Fair Play (FFP) regulations. 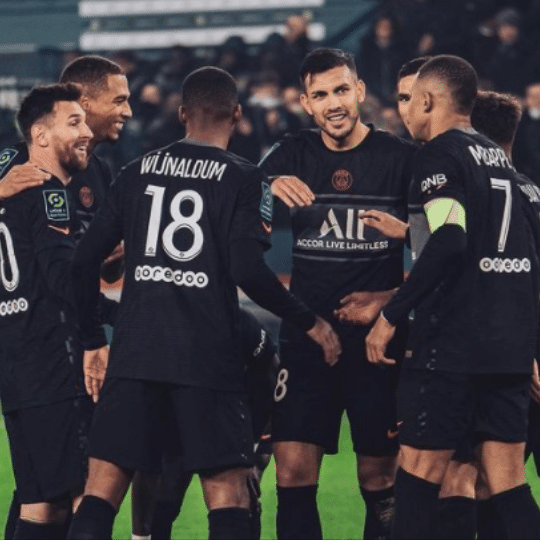 As per the deal, Ooredo gets branding rights on PSG’s kits, with its logo appearing right below the numbers on the back of the matchday shirts. Ooredoo also holds naming rights for the club’s training centre (Camp des Loges), which is thusly called Ooredoo Training Centre. 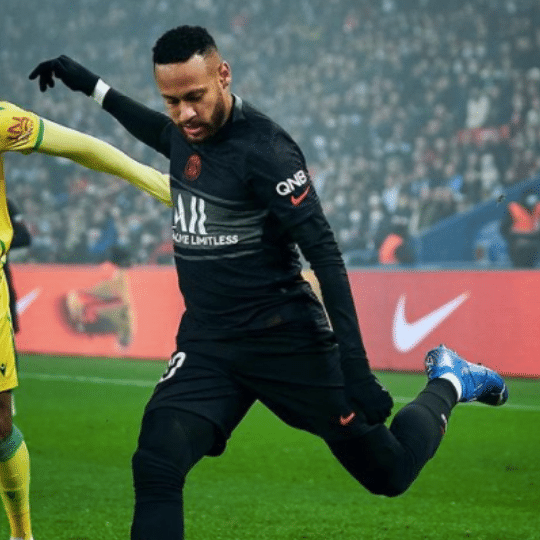 Doha-headquartered Qatar National Bank (QNB) is an official sponsor of the club since 2011.

QNB further strengthened its ties with the club when it roped in their star player Neymar Jr as a brand ambassador in December 2018.

PSG signed a three-year deal with Rwanda Development Board (RDB) in December 2019 in order to promote Rwanda as a premium tourist destination.

The deal sees RDB’s “Visit Rwanda” logo appear on the left sleeve of PSG women’s matchday kits, as well as at the back of PSG men’s pre-match training kits. Rwandan tea and coffee are also served at the club’s home ground, the Parc des Princes.

PSG further strengthened their ties with Qatar in February 2020 when they roped in Qatar Airways as their Official Airline Partner after the exit of Dubai’s Emirates from their sponsorship portfolio.

The sponsorship deal sees Qatar Airways serve as a Premium Partner to the club and an Official Partner to their women’s football team and handball side and reportedly bring €5m-€10m approx. in revenue every year.

The Doha-based specialised orthopaedic and sports medicine hospital has been the official medical partner of the club since November 2014, offering its services and seal of medical approval to the PSG medical staff.

Paris-headquartered French telecom company Orange has been a premium partner of PSG since 1999.

Partners since 2011, PSG upgraded EA Sports’ sponsorship to the premium category in a five-year extension in August 2019.

The Germany-based second-hand car dealership was announced as a Premium Partner of the club in July 2021. Apart from branding rights, Autohero gets to use PSG’s players and colour schemes in its promotional content.

The Berlin-headquartered food delivery brand was announced as a Premier Partner of the club in November 2021 on a multi-year deal reportedly worth between €5m to €8m.

American soft drink giant Coca-Cola has been an official partner of PSG for over 20 years now. The two last renewed their partnership in a three-year extension in November 2018.

Apart from branding rights, the deal grants Coca-Cola image rights to club’s star players to feature in its promotional content.

The deal grants MSC branding rights across the club’s physical and digital assets, as well as exclusive meet-and-greet opportunities with players.

The deal currently lasts until 2021.

American fast-food chain McDonald’s is an official partner of PSG since November 2013.

Maltese-headquartered sports betting platform UNIBET is an official partner of PSG since 2018. The two parties last renewed their deal in January 2020 in an agreement that is currently set to run until the end of the 2022-23 season.

Chinese electronics brand Hisense was announced as an official partner of PSG in August 2020. As per the deal, not only are Hisense’s products promoted at the club’s home ground, Hisense also supplies its equipment to the club’s facilities.

Via Socios.com, PSG offer their fans a chance to obtain their Fan Tokens that allow fans to participate in several club-oriented activities. These Fan Tokens are limited in number and can be bought, sold or won in an augmented reality in-game.

Gaussin specialises in fully electric, driverless transport vehicles, which serve as the forefront of this deal. PSG aim to include Gaussin’s products as part of the infrastructure of their new training complex which is set to open by 2022.

The four-year deal is reportedly worth between €1m and €1.5m per year and sees the two parties collaborate over club-themed collections and promotional ad campaigns.

The Los Angeles, California-headquartered tech-based natural wellness solutions provider became the official recovery partner of the club in February 2021. The deal sees Therabody provide its products and expertise to the club, helping the players with training optimisation, reducing injury risks and accelerated recovery.

The Paris-headquartered French luxury fashion house replaced Hugo Boss as the official tailor of PSG in September 2021 in a two-year deal. The deal, which marks Dior’s first-ever collaboration with a sports club, sees the company design bespoke casual and formal wear outfits for the club’s players and staff.

In April 2018, PSG extended their partnership with Nivea Men to also cover Brazil, as they launched the #ReadyfortheGame campaign which was spearheaded by the then PSG’s Brazilian players Neymar, Thiago Silva, Danis Alves and Marquinhos.

Currently, Nivea Men is listed on PSG’s website as an Official Partner, having previously served as a Premium Partner.

The Hong Kong-based financial services provider and cryptocurrency platform was announced as the Official Cryptocurrency Platform Partner of the club in September 2021. The deal sees the platform release PSG-themed non-fungible tokens (NFTs), with “a significant portion of the sponsorship fee” set to be paid in CRO, Crypto.com’s native cryptocurrency.

The WaterCo-owned water brand was announced as the Official Water of the club in January 2022 on a three-year deal. This deal marked Sports Water’s first partnership with a European sports team.

Apart from branding rights, the deal entails production of PSG-branded Spring Water bottles made of “100% recyclable” material. Spring Water’s spring and sparkling water offerings is made available inside the Parc des Princes, with PSG’s senior and youth football teams availing Spring Water during both training and matches.

New York-headquartered financial services corporation American Express serves as an official supplier to PSG since 2015 – a deal that the two parties last renewed in November 2018.

As per the deal, American Express operates a concierge service within the hospitality suites at Parc des Princes (called Concierge du Parc – American Express) through which fans can reserve tables at restaurants, order taxis or purchase last-minute tickets for shows and major events after a match. The deal also sees American Express provide exclusive PSG-themed fan experience events and activities for its clients.

PSG signed a merchandising deal with Arax, a Japanese company, in May 2021, making its masks brand Pitta an Official Supplier of the club. The deal sees the two work on a co-branded campaign featuring PSG’s players and PSG-themed masks in order to encourage the use of the protective mask as an everyday fashion item amidst the ongoing COVID-19 pandemic.

The Le Cannet-headquartered French wellness drinks brand was announced as an Official Supplier of the club in September 2021 on a three-year deal.

As per the deal, the two parties develop co-branded products as part of the “Paris Saint-Germain by Smart Good Things” range, which are made available on the Smart Good Things website. PSG have also pledged to provide €250,000 and 25% of the sales generated from the co-branded products as part of a donation to the Paris Saint-Germain Endowment Fund for children in order to support its initiatives.

Leyu Sports was announced as an Official Regional Partner of the club in January 2021.

Online betting firm 22Bet was announced as the official online betting partner of PSG for Africa in September 2020 on a two-year deal.

As per the deal, 22Bet enjoys virtual advertising on the pitchside LED screens during the African broadcasts of PSG’s home matches. Other engagements include meet-and-greet sessions with club legends, private events and dedicated VIP seats at the Parc des Princes, and unique money-can’t-buy experiences for 22Bet’s employees and clients.

British forex and commodities broker HotForeX serves as the Official Online Trading Partner to PSG since 2020. The two renewed their partnership in August 2021 to cover the 2021-22 season.

HotForex is currently listed as a Regional Partner on PSG’s official website.

Fonbet, a sports betting company operating in Russia and the Commonwealth of Independent States (CIS), was announced as an Official Regional Partner of the club in March 2021 on a “long-term” deal.

The deal grants Fonbet virtual LED branding rights during the broadcasts of PSG’s home matches in the aforementioned territories, with the betting company also offering its customers “enhanced odds” on PSG’s matches along with other co-branded promotions.

Playbetr was announced as PSG’s exclusive official online betting partner in Latin America in August 2021 on a three-year deal.

As per the deal, Playbetr enjoys virtual LED branding rights during the broadcasts of PSG’s home matches in Latin America, allocated VIP seats and private events at the Parc des Princes, meet-and-greet sessions with club legends, signed merchandise, and other money-can’t-buy-experiences for its customers and employees. The betting company also offers its customers “enhanced odds” on PSG’s matches along with other co-branded promotions.

The Shenzhen, China-based vape brand was announced as a Regional Partner of the club in July 2021. The deal entails collaboration over ad campaigns and co-branded products in authorised countries.