The 2021 Formula 1 season has the potential to be one of the most fiercely fought championship battles of the modern era – but is that battle in danger of being declared over before it has barely even begun?

This was the season, it was said, where we would witness a true head-to-head title fight all year long between two teams and four drivers, fighting tooth and nail, hammer and tongs, in which every race, every point, would matter.

The hype was built up from the pre-season testing in mid-March, where Red Bull looked a class apart and Mercedes struggled to find their feet. Fast forward to June, it’s 3-2 to the reigning world champions as the season heads into Baku.

Three out of the five races so far have had the same finishing order on the podium – Lewis Hamilton, Max Verstappen and Valtteri Bottas – two Mercedes cars sandwiched by a Red Bull, with the other Red Bull half a minute down the road. It sounds like 2020 all over again. However, things are different this time around.

That is because Red Bull have a car with which they can seemingly challenge for race victories at every track, and Verstappen has had opportunities to win all of the five races rather than just the two at Imola and Monaco. Yet, the championship leader has failed to capitalise on the opportunities he’s had coming his way.

The reason for that, is that Red Bull have failed to deliver those cohesive all-round performances week in, week out for which Mercedes are renowned for – which won them seven consecutive double championships. Nonetheless, the way in which the outcome of the Barcelona GP was decided highlighted a glaring hole, one which has persistently hampered the British outfit in their bid to dethrone Mercedes and Lewis in recent years.

Also Read – The 2021 Formula One Calendar

The burning question: Who fits in better?

There has been a fair amount of controversy when it comes to Red Bull and that second seat, with four different drivers taking a shot at it in five years. Although I don’t think Checo is performing to the best of his abilities yet. I thought after five races it would be more than fair to see how he fared compared to Alex Albon and Pierre Gasly in their first full season with Red Bull.

Before we dive deeper into comparing how these drivers have fared, it is worth noting that in 2019, Red Bull were in a three-way championship fight with Mercedes and Ferrari, while in 2020, Mercedes ran away with the title from the very first race as Red Bull were comfortably the second-best team. And for the first time since 2013, Red Bull finally have a car this year that could challenge for the title from the very first race.

After Daniel Ricciardo‘s controversial move to Renault, Red Bull promoted young Frenchman Pierre Gasly from their sister team to start the 2019 season as their second driver. Gasly started the season in the worst possible manner, starting 17th in Albert Park, while amassing just 21 points from his first five races, including a disqualification in Baku for fuel-flow infringement. Subsequently, the Frenchman lost his seat midway through the season.

Alex Albon took his seat and tried to steady the ship, but the Thai driver failed to break into the top four consistently, which resulted in Red Bull losing out to Ferrari for the second place in the Constructors’ Championship. Red Bull showed faith in Albon, giving him an entire pre-season to get used to the car.

With the second fastest car on the grid and half a second clear of the third best team throughout the season, Albon failed to capitalise on his golden opportunity. While Max battled with the Mercedes duo, splitting them on more than one occasion, Red Bull had their hands tied behind their backs with Albon consistently seven to eight-tenths down on his teammate on one lap pace. Albon scored 36 points, with fourth place in the Styrian Grand Prix being his best output.

So far this season, Sergio Pérez has shown us glimpses of the real Checo we’ve come to know in his decade-long journey. After his car broke down on the formation lap in Bahrain, he started from the pit lane and clawed back to finish at a respectable fifth place. In Imola, he out-qualified Verstappen to start on the front row alongside Hamilton, but soon things turned sour as he plummeted down to 11th, outside the point – the only blemish so far in his Red Bull career.

But Checo has failed to replicate his Imola-qualifying pace and has started mostly outside of the top six, unable to force a hand from Mercedes. Despite his non-point-scoring finish in Imola, Pérez has managed to amass 44 points, which is higher than the other two, and the most impressive thing is that his race pace is seriously fast, on pace with Lewis and Max.

Is it the car or the drivers?

Earlier there were Carlos Sainz Jr in Toro Rosso and then Daniel Ricciardo in Red Bull who had been able to assert themselves and push Max to the limit. Ever since Ricciardo left, the Red Bull second seat has been a cursed one in the eyes of many.

But is it really the drivers, or do Red Bull themselves have a question or two to answer? Not for the first time are all eyes on the second driver after failing to match Red Bull’s star driver.

In 2019, Pierre Gasly faced the axe midway through the season, while last year Alex Albon looked all but at sea for the best part of the season. This year, Sergio Pérez has the magnifying glass on top of his head since Bahrain which will remain there as we look to round off the first quarter of this season’s 23-race F1 calendar in Baku.

The general consensus from many experts and ex-drivers has been that Red Bull have designed a car so specific to Verstappen’s style, any teammate with a driving style different from the Dutchman will struggle. 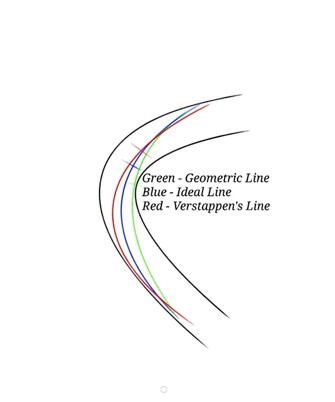 Red Bull, for the past three to four seasons, have been a one-car team at many races. A car that is too Verstappen-specific could be the issue, and it is supported by the fact that Gasly has been noticeably much more competitive since joining Red Bull’s sister team, AlphaTauri. Most notably, his first-ever Grand Prix victory in Monza and the ensuing celebration were a proverbial slap across Red Bull and Christian Horner’s face.

Unlike other drivers, Max has a very specific driving style. The Dutchman takes a wider fast-in, fast-out approach through corners that has only been seen with the likes of Lewis Hamilton and Michael Schumacher. This setup requires a very positive front-end that can turn better in mid-corner apexes.

The car’s platform can remain planted for longer, which is easier to manage and results in fewer mistakes, allowing the car to shorten distances in the corners and maximize straight-line speed. This allows Max to maximize the grip of the car without wearing down the tyres.

Pérez, for that matter, uses the more natural Geometric Line which negates the front-end advantage Verstappen exploits repeatedly. And the irony was not missed by anyone when in Imola, under the safety car, Pérez asked his engineer to give Verstappen’s setting, which he did to thwart Mercedes’ advances, but half a minute later found himself spinning into the gravel trap at the exit of Turn 4. This further gave an indication as to how difficult it can be to master this Red Bull car which is specific to one driving style.

Despite some subdued performances, Checo does not worry me in the race. In fact, I believe he will only get better with each race as he has been really impressive with his race pace. What worries me is his qualifying pace and race starts.  Although he has been a better qualifier than both Pierre and Alex, after his outstanding qualifying in Imola, Checo hasn’t been able to break into that barrier of qualifying outside of the Top 3 to breaking into the Top 3.

There is also a strange dynamic in terms of car performances that we need to take into consideration. Although Red Bull have managed to close the gap to Mercedes, with both of them now having equally competitive cars, the midfield has closed the gap to the Top 2 as well. McLaren are no mugs this season, while Ferrari had the best package in Monaco and could have easily won the Monaco Grand Prix.

Qualifying is going to be the biggest test for Sergio this season. If you look at the front three, Max and Lewis are some of the most naturally gifted talents of their era, even Valtteri, his strongest asset being his qualifying pace and his ability to push Lewis. Checo just can’t think of qualifying in fourth place as a great result; he needs to consistently break into that top three and on his day fight for race wins against Lewis and Max.

This season, both the Drivers’ and Constructors’ Championships will be decided by the second driver of the team. While Pérez needs to adapt to his car, he also needs to analyse Max’s driving style to extract out of his car as much as can. Red Bull need to burn bridges inside their camp and help Pérez with all he needs, as he is only one of the few drivers on the roster who can execute different strategies on the go – the others being Lewis and Max. Only then can Christian Horner and his boys outfox Mercedes in their own game.

The 2021 Formula One Calendar